Remember Y2K? New Years Eve 1999. The Man and I were dating and were downtown at a party. I remember the countdown and being surprised that the lights didn’t go out and nothing exploded at midnight. I walked to the window to look out at the city, and everything was as it had been. I think I was kind of disappointed after all the fanfare, the months of speculation, that there wasn’t even a flicker. This was us in the wee hours of the new millennium. 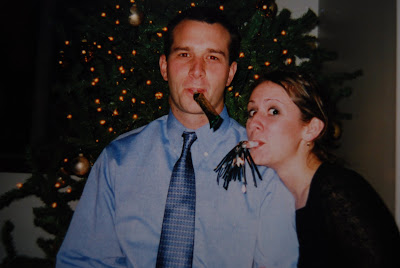 Four years and one wedding later, there were 2 babies on the way by New Years Eve 2003. My due date wasn’t until February 18, but the twins were ready to come and I was camped out in the hospital, waiting for their arrival. 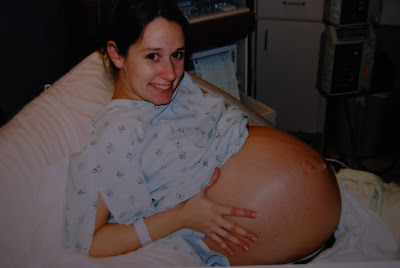 I have no shame. Seriously, who does this? Nobody is holding a gun to my head. I am freely sharing this photo with the world. Why am I doing this? I must be crazy. Or alone on New Years Eve because my husband has to work. Yeah, that must be it.

The twins came 2 days later, forever marking my before and after; the space in between ‘just me’ and ‘mommy’; the day held by neither side.

And so I am a bit of a sentimental sap. Because now, New Year’s Eve no longer just represents the last day of the year. It is the day before the day before our lives changed forever. So I guess our dramatic Y2K came a few years late…our world was tilted on its axis a bit and all sense of control was lost with that first cry. I can’t remember life before them. I can’t imagine life without them.

I apologize for any nightmares you may have as a result of the above photo. And as long as I’m documenting New Year’s Eve’s, here’s another from earlier tonight to take your mind of the alien stomach. 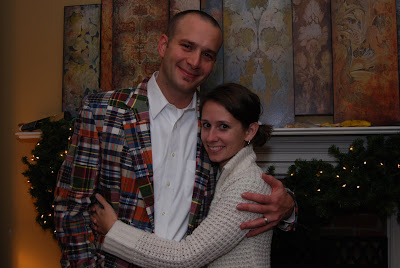 And yes, that is a banana peel on my mantle. And a baggie of cheerios. And Christmas garland with all the froofroo taken out because I’ve only half-way un-decorated…The Nester would not approve. So happy new year to you. Now I’m off to plan a birthday party for a couple of four year olds.