Writing and The Art of Being Together

While I write in the corner of the coffee shop on Tuesdays and Thursdays, they are already there and stay for hours. I watch them because I am observant and nosey and also I have a lot of work to do. 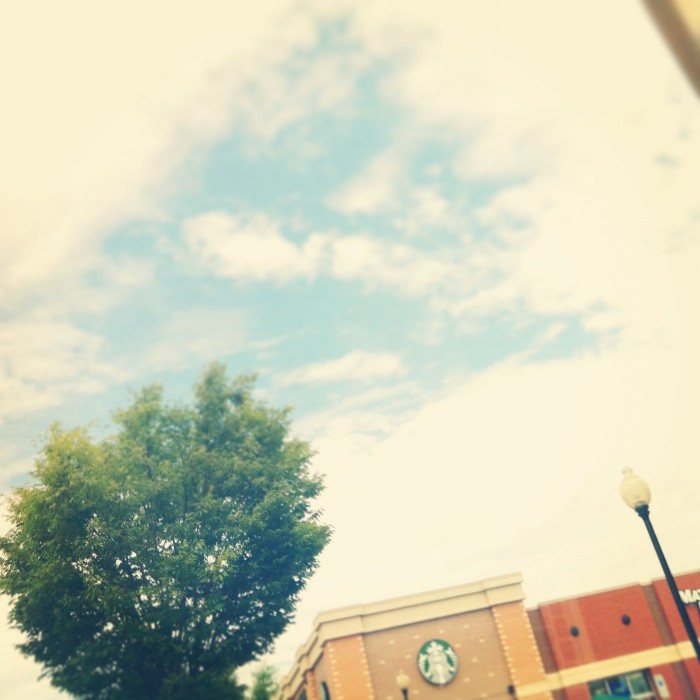 They are a group of mostly male friends, including a priest and a cop and guy in a wheelchair. It sounds like the opener of a comedy routine, but it isn’t. It’s just the coffee shop on Tuesday.

One guy wears a newsie black leather hat and a gold ring on his right finger.

The cop, on the other hand, owns the space around him, sits up straight in his chair and drinks his coffee with the lid off.

The priest is quiet, as you would imagine.

And then there’s the woman.

She’s the only woman I ever see with them. She’s pretty, has long curly hair, wears a lot of makeup.

I look up and she’s high-fiving George over something hilarious, then Newsie Hat is rubbing her shoulders and Cop glances her way every few minutes. She talks loud and laughs louder.

She calls everyone brotha. Except the priest. She calls him Fatha.

Everyone seems to love the guy in the wheelchair. And the older man with the gray beard and the baseball cap offers jokes and lots of them. She sits on the arm of the chair next to the brotha with the hoodie. He’s the best looking in the bunch and he seems to like her there. She stays there long and giggly. Animated. Her arm rests comfortably on the back of his chair.

I come twice a week and every time, Wendy and the Lost Boys are here too. They share dating stories and working stories and they laugh so loud I can hear them through my ear buds. Sometimes I pop in to get coffee on another day and every time I see at least a few of them; same chairs, same story.

For fifteen minutes I wonder how they get the money for their Venti coffees because they are sitting in a coffee shop when clearly they should be at work. Maybe they all work the night shift?

Where does all their time come from? Don’t these people have some place to be?

I’m aware of the collective insecurity of Wendy and the Lost Boys, but also their obvious commitment to community, togetherness, and belonging, however casual those connections might be.

I only know as much of their stories as I can piece together from my seat in the corner, but the more I listen and watch this odd group, the more I realize they do have someplace to be.

It’s here, at this coffee shop.

This is their place to be.

Shirley has lived in our cul-de-sac since LBJ was president. Maybe longer than that, but she can’t remember the exact year they moved in.

Last spring, she fell in the middle of the night. She can’t remember that, either.

On a weekday after her fall, I sit with her for an hour or so while her daughter goes to pick up a bed rail (that she doesn’t want) and some nightgowns (that she does).

Carmella is another neighbor on the cul-de-sac who has lived here just as long as Shirley. She comes over to join us in Shirley’s room and we pass the time together. Collectively they’ve experienced nearly a century of living here in this corner of the neighborhood.

The three of us sit together, Shirley’s head propped up on her pillow, one eye black, one arm in a sling. We talk about her grandkids, the different trees in the yard, Greek food. They speak of the past as if it was another lifetime and in a way, I guess it was.

I do a lot of listening. 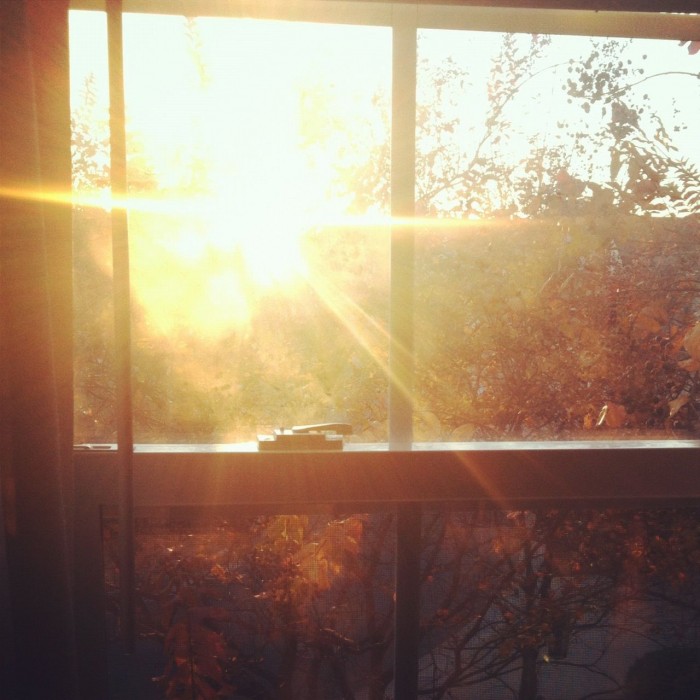 The sun slants through the window, a cane slants against the wall.

I think of the dinner I’ve yet to make.

They talk over each other, keep to the same topics but never truly respond to the other. Each speaks out her own version of the truth. This style of relating seems to work well for them. The conversation is easy and reflective.

“Diane would sit on the curb and wait for the older girls to come out.”

“Lisa played in the yard while I sat on the porch.”

Diane and Lisa are both older than I am now.

As they talk, I watch my own daughters through the window as they play outside. They each hold a balloon and let go, heads tilt back to watch them float up and fly away.

Story is everywhere. You just have to open your eyes.

Too often, though, I fail to record the story moments if they don’t seem to have any use or strong enough connections for me to draw conclusions.

As a writer, drawing conclusions can become an addiction. It’s true, conclusions may be necessary for growth, movement, learning, or even communication.

But I don’t want my need for answers and connections to keep me from exploring story for the sake of the story and nothing more.