why being the heroine is not always a good thing

The summer before ninth grade, I was still soaring from having made the B-team cheerleading squad. This was a very big deal. It meant we got to wear our uniforms to school and decorate the football player’s lockers on game day. 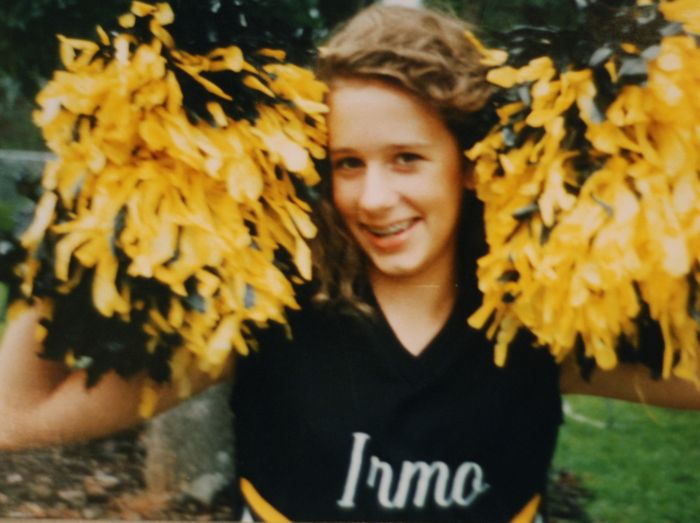 (This is me in 1991, ninth grade. This will be happening a lot, my sharing of ridiculous high school photos. I’m sorry. But also? You’re welcome.)

Somehow, I was voted captain of the squad, a fact I loved for all of eleven minutes. That’s about how long it took for me to realize that being captain was a big responsibility.

To me, being captain meant I was supposed to know everything. So when we had to come up with a dance to perform at camp that summer, instead of asking for help from one of the other cheerleaders, I made up the dance myself. I found my favorite dance remix version of “Everybody Dance Now,” popped the tape into my red boom box, and worked late into the night.

As it turns out, being able to dance is very different from actually making up a dance.

I cannot begin to tell you how little I knew about choreographing a dance. But I was captain! I felt responsible. I falsely believed that since I was in a role of leadership, I was automatically supposed to know things.

To ask for help would be admitting weakness, perhaps causing someone to think I wasn’t qualified to be captain, which to me at the time was the worst thing imaginable. So instead, I hid my lack of knowledge, put on my mask of strength, believed the voice of the Heroine in my mind, and forged ahead.

The next day at practice, I taught that ridiculous dance to my squad. They learned the whole thing, bless their spunky little hearts.

For a short time, I thought perhaps I had pulled it off, had uncovered my savant choreographing talent. But then we performed it in front of the varsity cheerleaders, the girls who looked like movie stars.

They watched as we “danced,” and after telling me that my coolest moves were illegal in cheerleading, they did the worst possible thing they could have done in that moment.

And not the ha-ha-that-was-cute-but-let-us-help-you sort of laugh that you can join in on and pretend maybe you were kidding anyway.

No, this was the lip-biting, pretending-to-cough, won’t-make-eye-contact, whispering sort of laugh–the kind where you get dizzy-hot and wordlessly pray for death or a sinkhole or an invisibility cloak.

That was the last time I made up a dance on my own. It was also one of those defining moments, the kind that begins to shape you, for better or worse. You could say I was brave to try something outside of my comfort zone, and maybe I was. Mainly, though, I was acting out of fear to postpone exposure for as long as possible.

I began to learn to ask for help after that. I also had to learn that hiding my weakness is often worse than sharing it ever would have been, even in something as small as making up a cheerleading dance in the ninth grade.

Can you think of a time when hiding your weakness turned out to be worse than admitting it?

(This post was adapted from chapter 6 of my new book for teens, Graceful. The chapter is called The Heroine. Learn more about the book.) 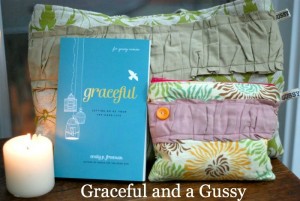 To celebrate the release of the book, my sweet friend Maggie is generously offering one reader a $50 credit to her shop, Gussy Sews. (I use my two Gussy’s everyday and absolutely love them.) And of course, there will be a signed book included. Enter for the high school girl in your life?

Updated: Joanne Viola – Winner of the Gussy Gift Certificate and the signed book. You should have an email with the details.