what’s it like to be an introverted woman in church circles?

Today I’m happy to have Adam McHugh join us here. He is the author of Introverts in the Church: Finding Our Place in an Extroverted Culture. He is also a Presbyterian pastor, spiritual director, and a hospice chaplain. And he is a better public speaker than you might expect. He is writing a second book called The Listening Life (a book we’ll have to wait until 2013 to read). You can follow him on Twitter and on his blog Introverted Church. I’m honored to serve as the hostess for Adam’s official last guest post on introversion, ever. Take it away, Adam.

I have been talking about introversion and church for so long that I have developed what I call my “introvert stump speech.” Here’s how it kicks off:

Let me paint you a picture of someone who might be held up as the very model of faith in many Christian communities. Imagine a person who is highly social and gregarious, someone with an overt passion, who finds it easy to share her faith with strangers, who is expressive and enthusiastic and transparent, someone who participates in a wide variety of activities, who knows tons of people, who eagerly invites people into her space, who quickly assumes leadership responsibilities, and who wears her faith on her sleeve.

Such a person would be highly praised in most churches, right? Churches would have a bidding war over her. If we met someone like that, we might be inclined to say that she is the epitome of faithfulness, that she really understands what it means to follow Jesus. And it is likely true that you would be describing a beautifully faithful person; however, you would also be describing a very extroverted person. 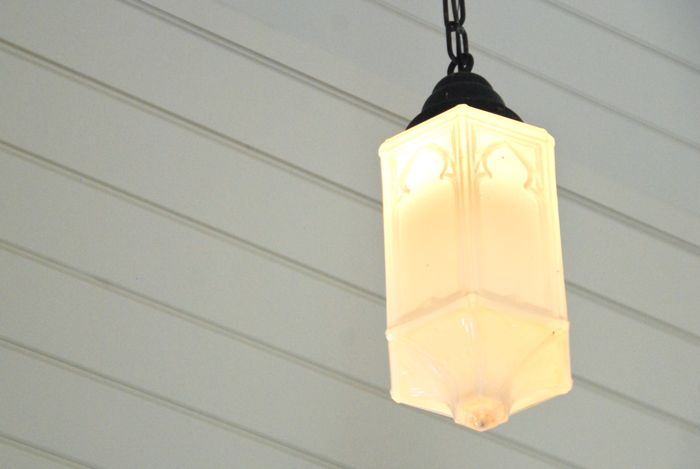 I chose the female pronoun “she” in that talk in order to be inclusive, but as I think about it, the gender issue raises another question for me. Is introversion and extroversion perceived differently among women than it is among men? I have been talking for several years about the “extrovert ideal” that pervades much of our broader culture, but I wonder if it is an even more acute issue for introverted women than for introverted men?

There is a type of introverted man in our society who is still heralded: the strong, silent type. Perhaps he is more common in older generations, but he still shows up among younger men that I know too. He keeps his emotions and his opinions close to the vest, yet he is perceived as a strong and influential leader. He is rugged, individualistic, thoughtful, a good provider, his own man, a little mysterious – just enough so that women think they can change him. He is a rock in stormy seas. But enough about me.

As far as I know, there is no female equivalent to the strong, silent man. I’m wading into uncertain waters here, but my sense is that a woman who is quiet, less forthcoming about her emotions and inner world, and less eager to participate will be perceived as standoffish or stuck up. If you’re the mother of a pre-schooler and you’re not sure whether you want to join MOPS because of inevitable social exhaustion that will ensue, then you’re in danger of becoming a pariah.

To be honest, I am constantly amazed at the social capacities that women have. Last weekend my wife graduated with her MBA, and I played the role of the proud husband, following her around at the reception and meeting all her friends. I witnessed a 25 minute conversation between my wife and one of her good friends, in which they discussed life, relationships, pets, books, interior design, families, food, and the future.

At the end of this conversation, my wife’s friend said, “Well, we should have dinner soon and catch up.” WHAT?? You’ve covered more topics in this conversation that I have ever discussed with my friends, in all our cumulative conversations since college, and you don’t feel like you’re caught up? If I talked about that much with one of my friends, it’s possible we would not feel a need to talk again, ever.

But such is the wild and wonderful world of female social dynamics. From my outsider perspective, it seems like an incredibly extroverted world, and I have to wonder what it’s like to be an introvert in such a relational culture. So, Emily’s readers, fill me in. What is it like to be an introverted woman in church circles, PTA circles, and any other social circles you participate in?

We would love to hear your thoughts on that. As a thank you for adding your voice to the conversation, Adam has a couple of copies of his book to giveaway to  a few commenters. I am reading Introverts in the Church slowly and am about half-way through. He did an excellent job with it and it’s not one to rush through. We’ll notify the winners Monday, June 11.