what to do with crazy ideas

Well, that’s easy to say while you’re holding a Grammy. Still, he’s right. With the exception of Adele, nobody performed perfectly at the Grammys last night. Perfect wasn’t what got them there. But there they were, in all their imperfect glory, at the Grammys. Performing. I watched the red carpet pre-show, too. (I have a cold. The Man took the kids to dinner. I was alone and in control of the remote). On the red carpet, an interviewer asked someone (The Civil Wars maybe? The faces are fuzzy. Gracious, I could never be a journalist) what their secret is. Their answer? We just keep chasing our craziest ideas. 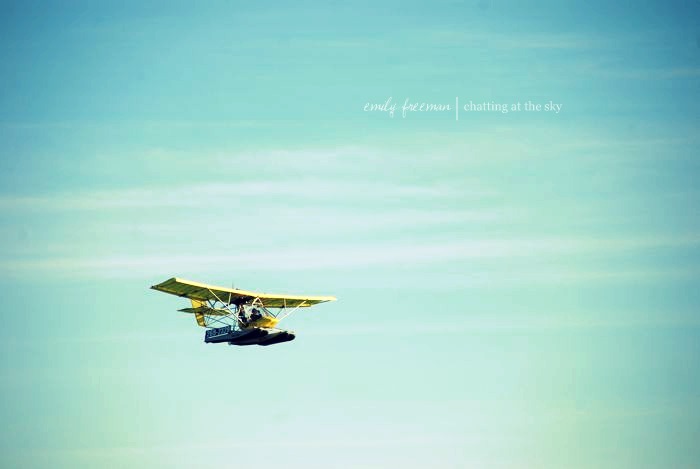 Crazy ideas don’t always mean a ticket to the Grammys. But maybe tickets to the Grammys only come to those who first chased a crazy idea. Same goes for the Oscar winner, the moon-walker, the airplane-flier, the actor president, the single mom with a little book about a boy wizard named Harry. And then there was the pregnant virgin, the shepherd king, the baby Savior, the clear water turning merlot red while the guests laughed and danced into the night.

Maybe you should chase it.