what to do when you’re not the favorite

Spoiler alert – If you are a person who watches American Idol and haven’t seen the results show yet, I’m-a-gonna ruin it for you here. End of alert. 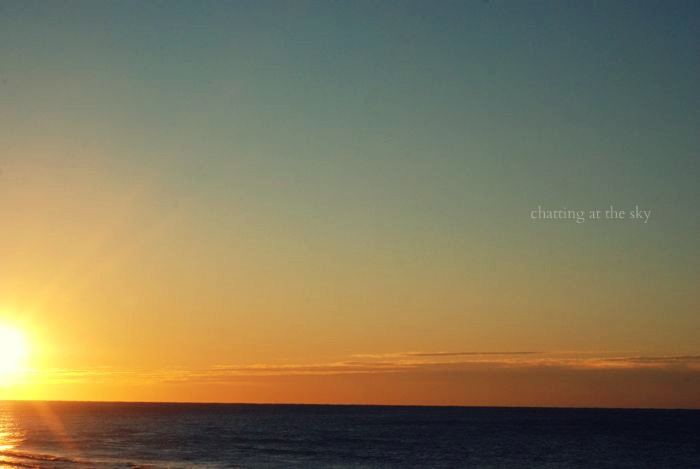 (This is the part where I should have inserted a photo of Jessica but I have a weird and irrational peevishness about posting photos I didn’t take myself. So here is a sunset).

Everyone was appalled. And by everyone, I mean the judges and the studio audience. The judges used their save last night so Jessica didn’t go home. Of course.  It was a “shock.” It was an injustice. Randy Jackson got up and warned us, saying “America, vote for the best one. You have to vote for the best one!”

But behind him stood six other really talented singers. Singers I would listen to before Jessica. I would buy their music with money. She may have the judges in her pocket and maybe last night was some kind of weird fluke, but here’s the thing: Maybe America did vote for the best one. It just happened to be a different one than who Randy Jackson wanted it to be.

A judge on a panel being paid by a show doesn’t get to decide who’s the best at this point. The singer doesn’t get to decide, either. The show is designed for America to choose their favorite. When you put it in the hands of the people, you can’t slap their hands for having the wrong favorite.

There is no wrong favorite. These singers made it to the top seven out of 100,000 people. Top seven. So don’t point your finger and say America got it wrong.

Jessica is talented to be sure. She’s just not my favorite. But that isn’t saying anything about her. It isn’t her job to be my favorite, it’s her job to sing. She does her job well. But if she starts worrying about trying to become my favorite, she’ll ruin it all. Because she does what she does and that’s all she can do.

So sing. You can’t be the judge, the voter, and the singer. You have to choose one. If you’re the singer, be the singer. Some people will vote for you and some people won’t. But that isn’t your job to worry about. Sing, forthelove. Just sing.