What to do When Someone Else Already Wrote Your Book

I’ve been listening to Elizabeth Gilbert’s book, Big Magic, in my car as I drive around town this week. She has a fantastic reading voice which is a relief after the last book I listened to in my car (Zero to One by Peter Thiel and Blake Masters – read by Blake Masters who is a brilliant person with a terrible monotone). 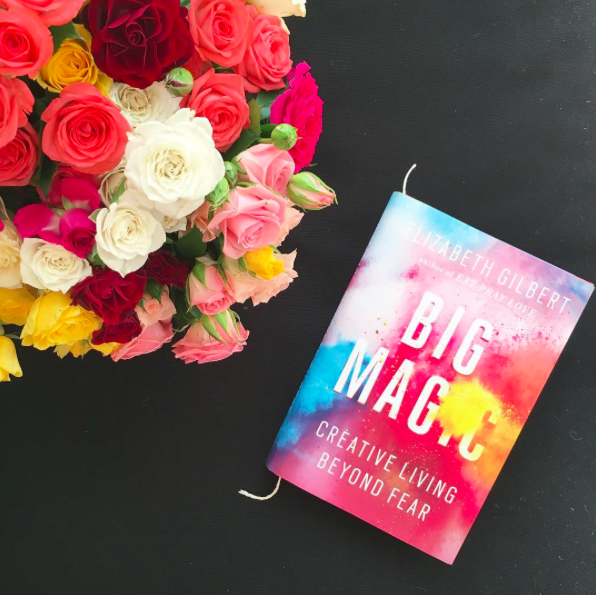 Swiping this image from The Nester since I don’t actually have the print book.

One of my favorite things Gilbert has said so far is this:

“Your fear is like a mall cop who thinks he’s a Navy SEAL: He hasn’t slept in days, he’s all hopped up on Red Bull, and he’s liable to shoot at his own shadow in an absurd effort to keep everyone ‘safe.’”

Her whole book is really just one long permission slip with big writing on the front that states: You Are Allowed To Be Here.

Barney Fife fear with the Jack Bauer swagger will try to convince us all that we are going to jail for showing up to the mall after hours, that our punishment will be steep and also who do we think we are anyway? 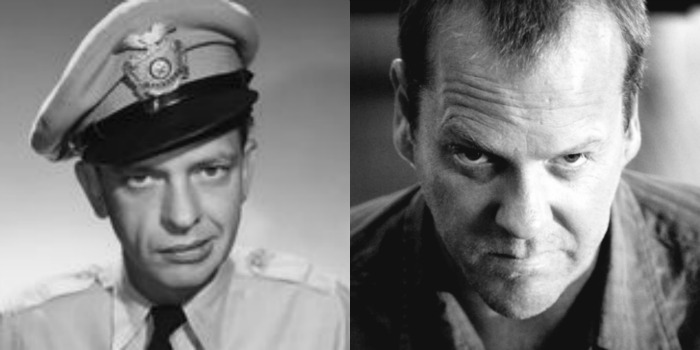 It’s an easy book to listen to, mainly because I see myself as someone who is already living a creative life. Not every moment of every day, but the path I’ve chosen to walk is pointing in that direction. And while my own mall cop fear still shouts out warnings at me all the time, I’m mostly able to see him for what he is.

I don’t see my writing on the same plane as Elizabeth Gilbert’s by any stretch of anyone’s imagination, but as I listen to her read, I am pleased by this one thought: I’m so relieved I already wrote my own Big Magic.

It’s called A Million Little Ways and it came out in 2013.

Does that sound arrogant? Like I’m comparing my little book with her big book?

What I mean to say is if I had not done the work to write A Million Little Ways, to wrestle it to the ground, to catch those ideas and put them into sentences and subject myself to the grueling editorial process; if instead I had considered how hard it would be to take those whispy, swirling thoughts I had about art and creativity and living our lives in the creative image of God and decided to put them in a drawer somewhere for “later” instead of writing them down and doing the work, then listening to Big Magic this week would feel very different for me than it does.

I would be angry. I would be sad. I would be whispering to myself, why didn’t I write this book when the idea came to me? Why did I let it go?

Every writer feels it at least once except a thousand times more than once, that someone else has written their book.

But while I listen to Big Magic, to Elizabeth Gilbert walk the same circles around creativity that so many of us have walked around and then written about, I realize I am deeply grateful.

Because while our perspective and world view are vastly different, while our personality and theology might not mix well, and while her book sits high up on bestseller lists while mine is mostly unknown by the majority of the population, I feel a certain kinship with Elizabeth Gilbert as I listen to her book.

And I am thankful that, at least this time, I do not feel threatened by the voice of another author who is saying similar things I’ve said.

The truth is, a lot of us have said these things. Pick up any book on writing or creativity and you will read about all the same themes – fear, resistance, permission, inspiration, motivation, all of it. It isn’t new.

But here’s something we often forget: most of us don’t want new, not really. We want true.

We just need to keep saying things that are true. To do that, we need to have other artists circle with us, artists who are different from us, similar to us, offensive to us. Artists we’re a little afraid of as well as artists who help us feel safe.

We need to circle around the difficulty of creating with other people who are doing it, too. And we need walk beside them with open hands, willing hearts, and a stubborn refusal to compete and compare.

That’s all. I don’t have a grand finale here. I wasn’t planning to post at all today, actually. But this morning on my way home from Target, as I listened to Big Magic and felt that profound sense of gratitude that I’ve already written my own version, I thought about you.

Maybe you have your own version of Big Magic lingering within you, too. Perhaps you have words you want to say, a story you would like to tell, a perspective you might like to share, but Barney Fife is screaming at you to stay safe.

Aren’t you tired of listening to him? 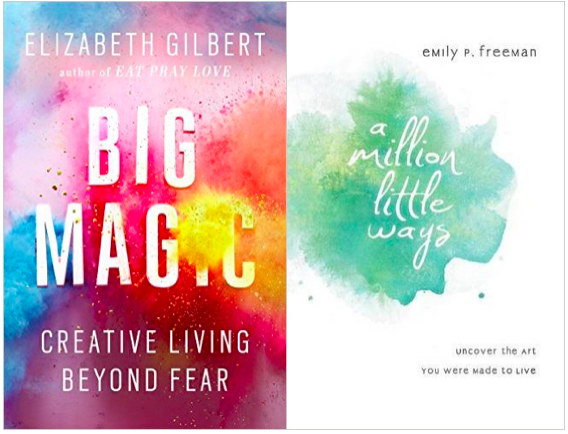 If you don’t like the membership site, at least you’ll get a book out of it. All the details are here – we’d love to have you join us.

December might seem an odd time to talk about this – it feels more like a January topic, doesn’t it? But for me today, it’s just right.

No more waiting around for the perfect time.

No more coddling shame and embarrassment about our art.

No more hiding behind comparisons and excuses.

December reminds us that Love came down to be with us. And not just to walk beside us, but to live within us.

What beautiful ways He wants to come out! What a unique filter your personality is!

May we walk in freedom and confidence that we are made in the creative image of God, and he has made us to make art.