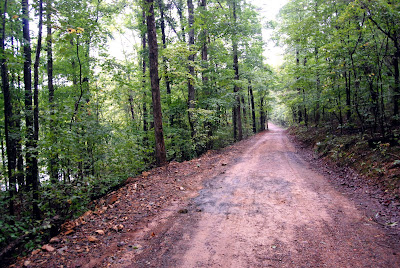 I did not plan to write about the Twilight series by Stephenie Meyer mainly because of the vampires. That is not my favorite. I have tried to explain the books without using the words ‘vampire’ and ‘love story’ in the same sentence and it is not possible.

Now please excuse me while I clumsily grope for my dignity as it flies swiftly out the window.

Seriously, here’s the truth. I liked the books. However, I am not going to tell you to run to the nearest bookstore and buy the Twilight series and here’s why:

If you haven’t read these books, here is the basic story line. A seventeen year old girl named Bella moves from big city Phoenix to small town Forks to live with her father. She basically hates life until she meets a fellow student named Edward. He is dazzling. He is mysterious. And, she later finds out, he is a one hundred year old vampire frozen in time at seventeen.

As I was reading, I was rooting for them, cheering with gusto. I gave myself permission to be silly and ridiculous and swoony. It was fun and entertaining. As the series continued, I honestly grew tired of cheering for them. I wanted to allow the book be what it is without over analyzing. But the codependent-you-complete-me kind of love that they had for one another was a bit over the top even though I can be a sucker for swoon.

The books are said to be clean, though dark, romance for young readers. As a mom, however, you may hesitate to share this series with its intended audience: your 13-year-old daughter. I wouldn’t let mine read it. And as much as I tried not to let the vampire part bother me, there were times when it did. If you are sensitive to that, it may be something you can’t overcome.

After my last post, some of you expressed concern about the dark theme of these books, questioning if it was appropriate for believers to read. I’ve struggled with how to address that issue, as I don’t think there is one way to look at it. Since I’ve read all four books, I was clearly not bothered enough to put them down, but I understand why someone might be. I found this article written by Mark Matlock on Christianity Today’s website that speaks to this topic, if you are interested.

I noticed another article in Leadership Journal, a magazine for church leaders. In the Toolkit section of the current issue (Vol. 29 Number 4), Twilight is highlighted as a relevant book in popular media: “While the content may be a bit racy, the novels do raise important questions about personal responsibility and consequences.”

I do have specific opinions about different parts of the series, but I didn’t want to have to write this post under a spoiler alert. Perhaps I will post some of those in the comments section. So if you read the comments, consider yourself warned.