tripping over the awesomeness

I’ve always enjoyed taking pictures. I have several photo albums filled with photos of me and my middle and high school girl friends. In recent years, I have developed a love for photography as an art as well as a way to document life, especially once I got married and had a family of my own. One of the (many) benefits of marriage is that you get someone to notice in you the things you are passionate about and then they want to help you to develop that.

Just 2 months before our wedding in 2001, The Man gave me one of the best birthday gifts ever: a Pentax ZX-7 35mm SLR camera (that he paid for with piles of change, but that’s another post). Of course, by the next year, everything was digital. But I didn’t care…and 3 months and 13 rolls of film later, we were back from our honeymoon with lots of awesome photos to remember it by. Like this one taken in Bar Harbor, Maine: 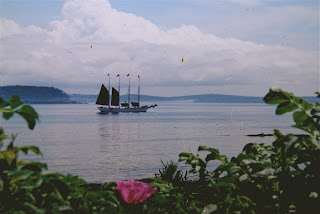 The original print is not so hazy…but in taking a photo of a photo, some of the brilliance is lost in the transfer. Here’s another one from our 35 mm. This one is the Old North Church in Boston: 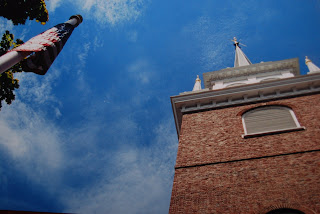 Once the world turned digital, I got a little Nikon…and I do mean little: it was the Coolpix 2100, 2.0 megapixels. But it was fun to experiment, download to the computer and then edit away. Like this one of my friend Diane. 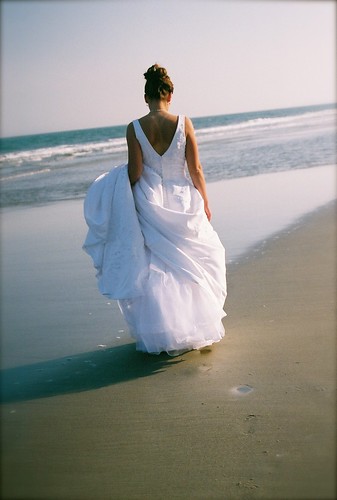 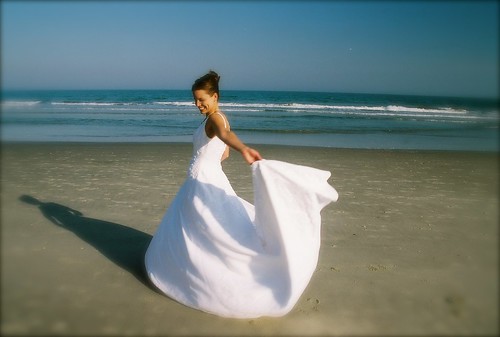 The idea of taking a photo and seeing it instantly was so amazing to me…not to mention being able to download it and then do something awesome like blur the edges! Wow!

But truth be told, I know nothing real about photography. Seriously. No. Thing. I know the basic stuff that most people know like how to turn it on, set it to auto focus and click. And I know enough from experience that I usually hate indoor photos, I rarely use the flash and close up is almost always better than far away. I know I have somewhat of an eye for the artistic…at least what is artistic to me. But sometimes I feel as though my hands are tied in certain situations…like if I just knew a little bit, it could take me so much further.

Last year, The Man got me a new digital camera, like, a real one. The Nikon D80. It has 10.2 megapixels. I hardly know what that means, but doesn’t it sound awesome? And then for Christmas, he also got me a Nikon Speedlight SB 800. In other words, a big ‘ole flash…. because even though I don’t like a flash and rarely use it, sometimes it has to be done. Both the camera and the flash are chalk full of awesomeness. So much awesomeness, they sort of negate any awesomeness I have on my own and I start to feel un-awesome in their presence. Because people see me with an awesome camera and a big ‘ole flash and they think I can like, take pictures with it. I sort of feel like a 5 year old standing in my moms fancy black high heels. They’re really cool and in style, but I’m tripping all over the place and I need my nose wiped.

I hope to grow into this camera and its flash. It is definitely fun to learn. I’m sure I could learn a lot more if I like, read the manuals. Meanwhile, I’ll continue to play and maybe get a few lucky shots along the way.