She was in town to do an outdoor concert at the baseball park. I had no ticket because in those days, I didn’t have the foresight to plan ahead for things like that. The drivers seat of my little black Corolla would be the best seat I would get. I drove to the park determined to roll down the windows and find a spot on the street close to the stadium. I was happy there. 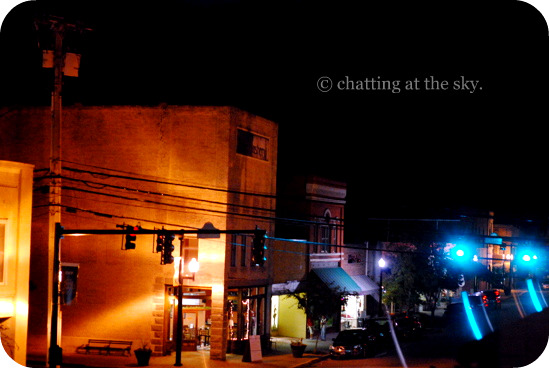 In the middle of Come In, a couple leaving the concert early noticed me sitting small in the front seat and held out an extra ticket at the end of outstretched arms. I gratefully accepted and within minutes, the gray muffled tones from the parking lot became rich and distinctly colorful. What had been background was now center stage.

I sat up front, counting her freckles. And then she came into the grassy area after her set and I walked up to her. And we chatted, yes we did: about how her brother and I went to the same small school in a suburb of Detroit, though not at the same time; about how I remember her before she was famous when she came to our youth group and sang folksy, poetic tunes from a stool in the front and about how I had been a fan ever since.

But you know this isn’t really about Sarah Masen. It’s about my continual insistence that I’m okay with less when really, I long for more. It’s about how often I tell myself I’m content to sit on a side street rather than taking thankful steps toward the center of adventure.

If he says He will do far more abundantly beyond, then who am I to stop before He gets there?