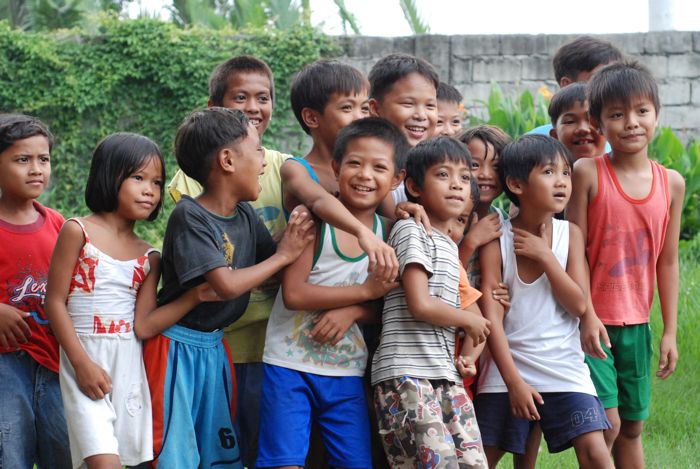 Iwas really kind of terrified to come on this trip. But you already know that. Exactly one week ago, I zipped up my suitcase for the final time, stuck that blue Compassion tag on it, turned around to look at The Man, and burst into tears. Just now, I zipped up my suitcase again, only this time, I’m going home. The tears aren’t bursting like they did before I left; rather, it’s a slow trickle as the Filipino children have crowded their way into my heart, crowding out everything else. 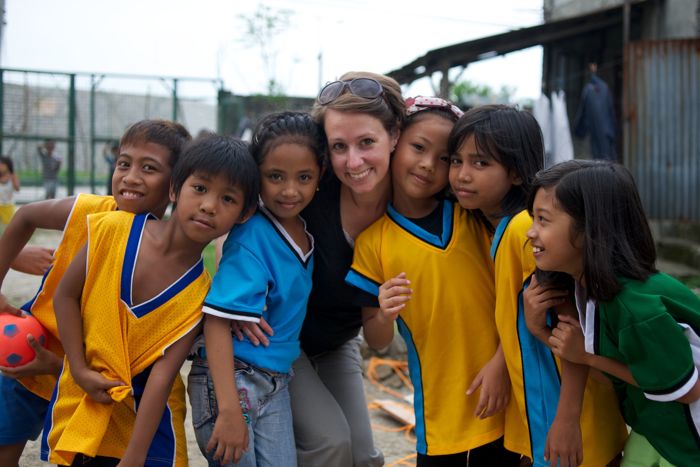 The girl in the blue shirt is Danika–think Filipino Punky Brewster. She walked confidently up to me, all 3 and a half feet of herself, and asked me in her loud, raspy voice, Wha ’tis your name? I told her, and she said Oo. Veddy nice name. What is your age? They all want to know how old we are. And when I told her she had to guess, she paused for a moment. Tirty-four.

Drat. I was hoping for at least in the twenties. Instead, she guessed exactly right. These kids are just … kids. Curious, vibrant, playful kids. And a lot better at guessing age than I am. 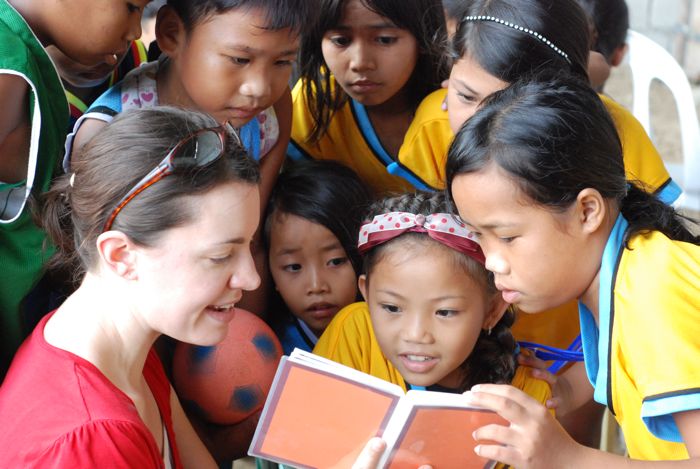 Stephanie pulled out an album with photos of her own kids in it and these couldn’t gather around her fast enough. They were fascinated to see pictures of kids just like them. Only not. Somewhere between seeing the poverty where these children live and watching them write love on their hands, the fear fell away. 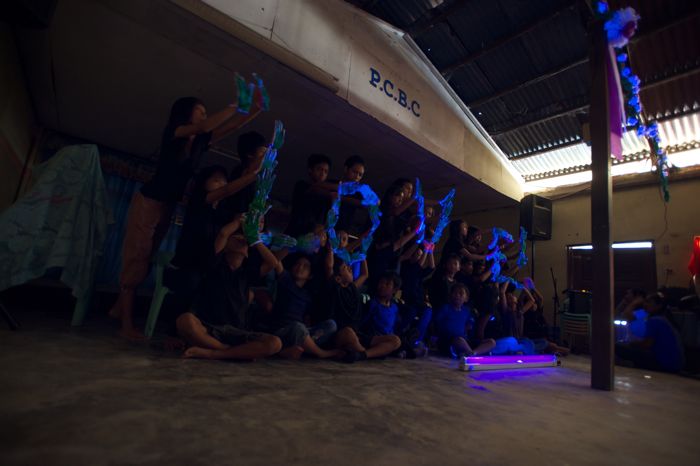 And I’m left with this crazy hope that doesn’t make sense in the middle of all that we’ve seen. 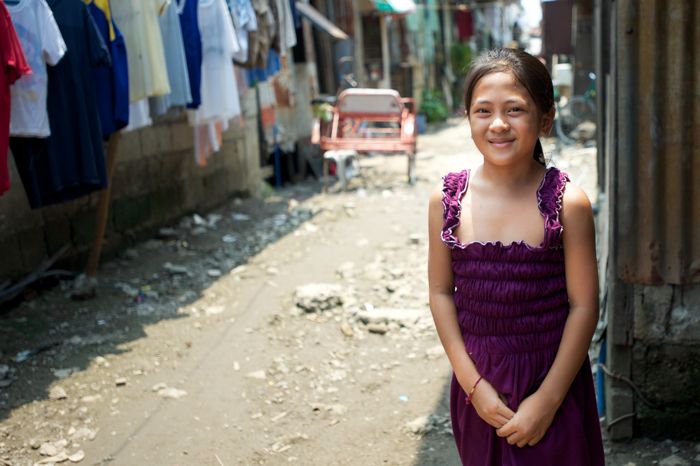 Yet, there it is.

I promised to come to the Philippines and not close my eyes, and I think one reason I was so terrified was because I feared I wouldn’t see the hope. I feared I would see a thousand AJs sleeping on the hard floor, ten thousand Emilys waiting for the next flood to bring down her house, a hundred thousand Rose Anns without food to feed her family. I was afraid I would see them and then, I would leave only broken. But that is not what is happening.

Instead, I am seeing Maann in every child I meet. I see their potential, what they could be. Because Hope has found these children. And He is not letting them go. Because the tagline is right: the only way to be released from poverty is in the name of Jesus. He isn’t going away, running away, or turning away from this need. He is showing up every day in these churches we have visited that are home to the child development centers here.

Friends, there are nearly 6,000 little Maanns running around the Philippines today who are registered with Compassion but currently have no sponsor. They are children who need someone to remind them of the Hope. Could you be that someone or do you know someone who might be? Thank you for prayerfully considering. If you decide you would like to partner with Compassion International in releasing children from poverty in Jesus’ name, simply click here to choose from a long list of beautiful Filipino children.

If you want to know more about what it means to sponsor a child with Compassion, Shaun wrote an excellent post that answers the question, so what is Compassion International anyway? He explains things way better than I ever could. And my roommate, Brianne works for Compassion and has been writing the posts for the Compassion blog this week. She’s a tiny, adorable, lovely, newlywed who knows everything a person could ever want to know about Compassion. And if she doesn’t, she can find out quick. So if you wish to learn more, ask Shaun or Brianne. That’s what I do.