there were never such devoted sisters.

My girls have been fighting a lot lately. Like, A LOT. I guess I kind of get it…for three and a half years they have done everything together. It all started when they were conceived at the same time. Kind of crazy if you let yourself think about it. Two eggs? Both fertilized? Are you kidding me?

Then when they came out, they had to share us and the attention. No sooner would I be gazing into one pair of dark eyes than the other one would need something. 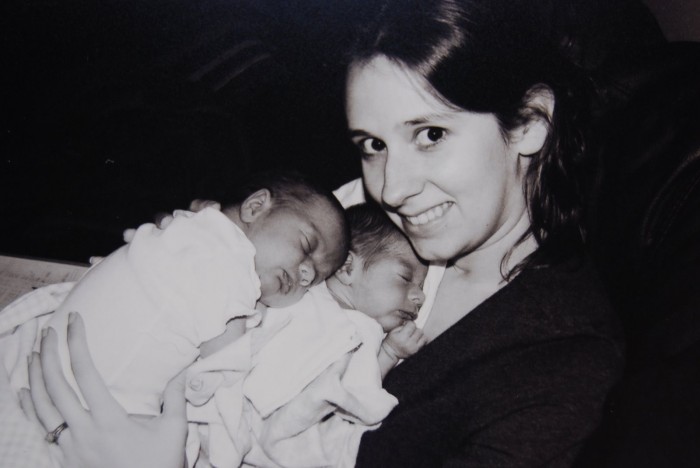 They still take baths together. Here’s a shot from before they could even sit up on their own. Glad those days are over. 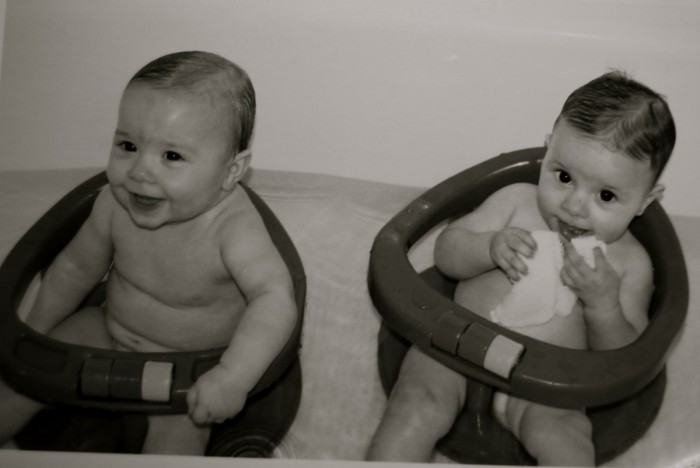 They shared a crib when they first came home from the hospital…until they started rolling over. It didn’t matter how far apart we placed them, they always seemed to find each other by the morning. 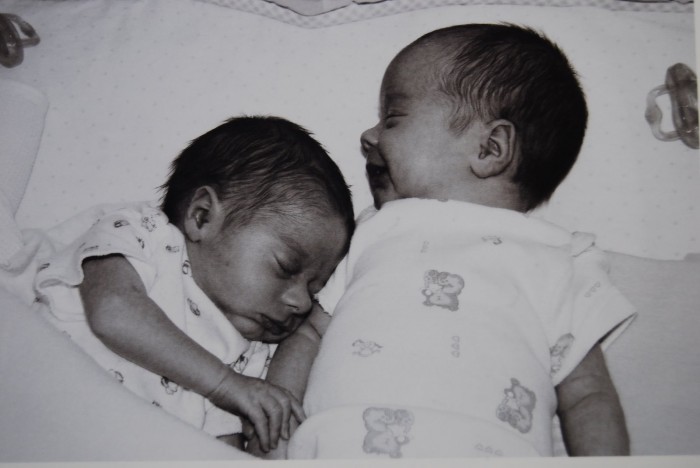 They still have never spent one night apart. And they are getting on each others nerves. And that gets on my nerves.

It also makes me think of my own sister. She is almost four years older than I am. Funny how back then, those almost-four-years meant I thought braces were cool and I was a tag-a-long and she got to do everything and she basically hung the moon. 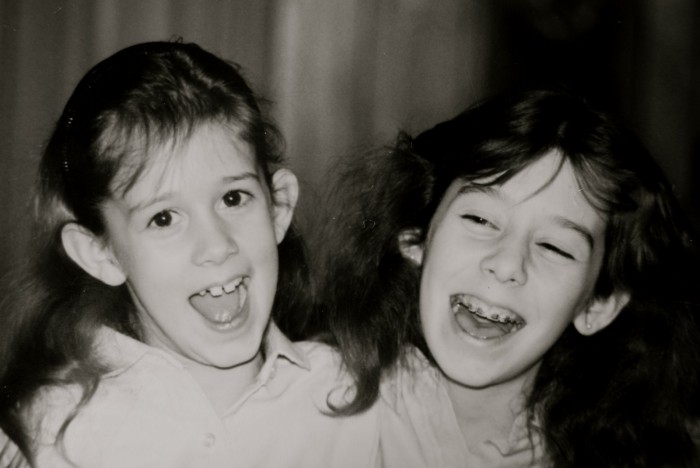 Yeah. She’s the one with the cool braces. I’m the…other one.

I just saw her last weekend. Seeing her reminded me to remember to miss her. And missing her I am. I don’t like my town as much without her in it. And it makes me think about my girls and how they are together almost too much…but how when they grow up, they won’t be.

Our almost-four-year age difference is pretty insignificant now. I know better than to think braces are cool and we do things together now rather than me tagging along. One thing hasn’t changed, though…I pretty much still think she hung the moon. 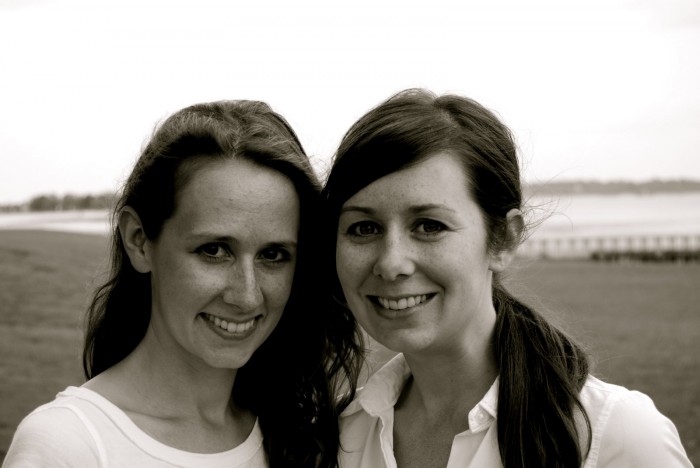 You didn’t seriously think I could end with that last picture, did you?