the one big reason I want to quit writing

You cannot possibly know how many times in the past few months that I have wanted to quit writing. Keep the social, scrap the media. You would think it’s because of the critics. Being a woman who still has good girl flesh lingering within me, the idea that people could tear me to shreds at any moment has been uncomfortable, to an extent.

The critics still linger and it’s true, we still don’t always see eye to eye. Obviously. But I have made peace with the threat of them in my head. That’s where most of them live, anyway. The idea of critics isn’t enough to make me want to quit.

Another reason why I have (in the past) thought about quitting is because of the fear. What if I have nothing new to say? What if I look like a fool? What if my teeth fall out? In many ways, I learned to counter that voice last year by focusing on making art – not the kind that hangs in museums, but the kind that comes from brave hands in the midst of the messy living. So fear isn’t enough to make me want quit. 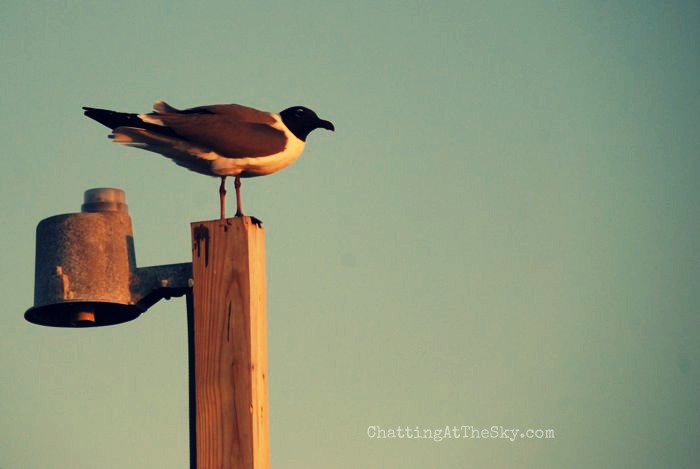 You would perhaps think that the reasons that would drive me to want to put it all away and never look back would be because of something dark and ominous. But the fruit in the garden was, I’m sure, a most lovely shade of red. No, the longing to walk away and daydream about setting my laptop on fire did not come because of the critics or because of the fear.

The number one reason I have been tempted to quit writing is because sometimes I’m afraid I love it too much. Love makes people do crazy things.

What has remained after releasing one book and writing a second is a deep and abiding love for writing. I believe God has made me to worship him this way. I believe God created the world with words alone and he creates with words still, through us. But what if I start to worship the created thing rather than the Creator? What if my art-making starts to be a little too much big-brave and not enough small-dependence?

And so there has been this part of me that has been tempted to turn the writing all the way to zero so I won’t be held responsible for it. I have feared if I go all in, I will love it more than God or family or anything. That I will so desire this time and space for writing that I will forsake all in search of it.

In all the talk of making art, of being brave, of living full, there has been an invisible understanding within me how capable I am of making the writing an idol.

Sometimes it feels like a longing so deep that the only way to keep it from ruining my life is to kill it. One week after Easter, I’m beginning to think that is exactly true.

But if I were to shut it all down and kill it myself, that’s saying Christ’s sacrifice may have been enough to reconcile the world to himself, but it was not possibly sufficient to free me from hoarding my time to write. It feels more natural to come to him with shaky knees and broken hands while acknowledging my disappointments. But what of those things I love? Was his death not sufficient for even these? It’s easier to release my fear into the hands of God than it is to release my loves.

If it’s true that Christ died and I died with him, then all that I am is now hidden within him. This writing is a gift, one I am not entitled to. And as I surrender it to him, as I surrender myself, it’s his job to spin me back out into the world the way he sees fit. And for now, he has handed the writing back to me in spite of myself. 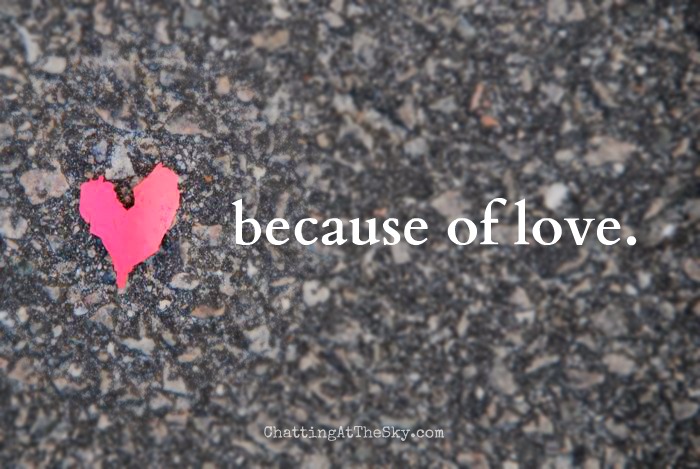 I am not saying we should feel guilty for those things we love to do. If you think I’m saying that, perhaps you’re new around here. Instead, I’m saying we are free. And sometimes I need to remember that I’m not only free from the critics and the fear, but I’m free from being entangled by those things I love. I am free to express and to write and to love it without fear that I will wreck it all up with loving it too much.

Is there a thing you worry you might love too much?