the art of finishing

Yesterday afternoon, my living room was filled with lights and a camera and a little bit of action. We had to do a taping for a little promo video for Grace for the Good Girl. Authors do this kind of thing all the time, I guess – sit in front of cameras and talk about their books. Even though I’ve written a book, I don’t really feel like an author. I’m in that crazy in-between gestation period, like when I knew I was pregnant but no one had met the baby yet. Including me. 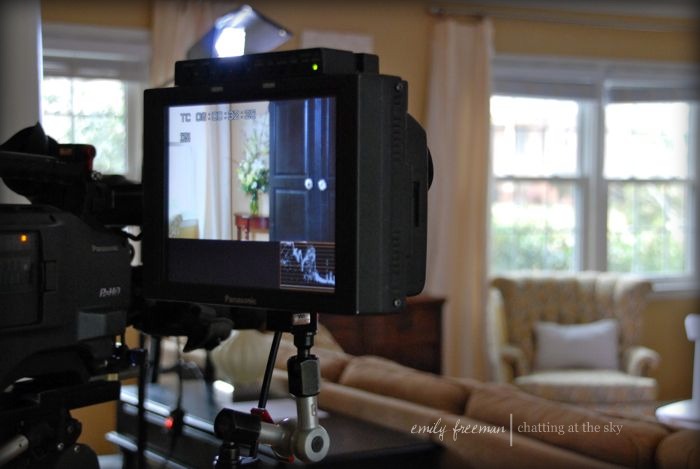 Because even though I know what I’ve written – the manuscript has been done since July – I won’t really know what I’ve said until September when the book comes out. Because with a book that people are going to read, it isn’t just about what you write, it’s about what they hear.

And so yesterday, I heard myself talk in front of a camera about what I’ve written and who I’ve written it for. I’ve spent lots of time praying over and thinking about what I wanted to say, and then I said it, for the most part. And I felt good about it when it was over, mainly because it was over. But then? This morning? Panic. Worry. Fear that I wrecked it all up and it’s too late now.

In those panic moments, all memory of the prayerful preparation disappears, and I’m left thinking only of the outcome. Where is the art in this?! I really said that to myself as I made my coffee. Because I tend to allow creativity and imagination at the beginning, I  dare to trust the process and hold it with an open hand. But too often, I don’t know how to do that at the end. When it’s over, I worry and panic and try to hold on tight again.

As I poured the water into the coffee pot, I sensed a Voice saying to me, Sometimes the art is found in the bravery it takes to begin, and other times the art is about knowing when you’re finished. There is a false sense of comfort that can settle in when we  never allow ourselves to finish what we’ve started. When we are working on a project that is in process, it feels good to be doing something, to be actively creative. But there is fear in the finishing. Because what if it isn’t good/right/loved/beautiful? What if I’m not good/right/loved/beautiful?

I think of God standing in the middle of all he created, and then stopping on the seventh day to take a rest. Certainly there was more he could have thought of. Surely this water, land and sky earth didn’t drain him of all his ideas. Still, he worked. And then, he rested.

Is it difficult for you to let the thing be done already? I’d love to hear.