Dayle Allen Shockley is an award-winning writer in Houston, and the author of three books. She has contributed to many other works, including multiple Chicken Soup titles. To learn more about Dayle, visit her website or her blog, A Little of This and That. This story is adapted from her book, Silver Linings.

My daughter turned nine in what I call the summer of my bleeding heart. It all started when her cousin, Leslie, mentioned the two of them going to summer camp. Anna Marie was ecstatic. I, on the other hand, terrified.

I asked my husband what he thought.

“Absolutely not!” he fairly thundered. “She’s too young.”

But parents aren’t always as firm as their voices. After much pondering, amid pleas from the girls, we capitulated.

As the day of departure approached, I couldn’t stop thinking about my child spending a week without me. Would she remember to bathe? Who would come her hair? What if she cried for me at night? 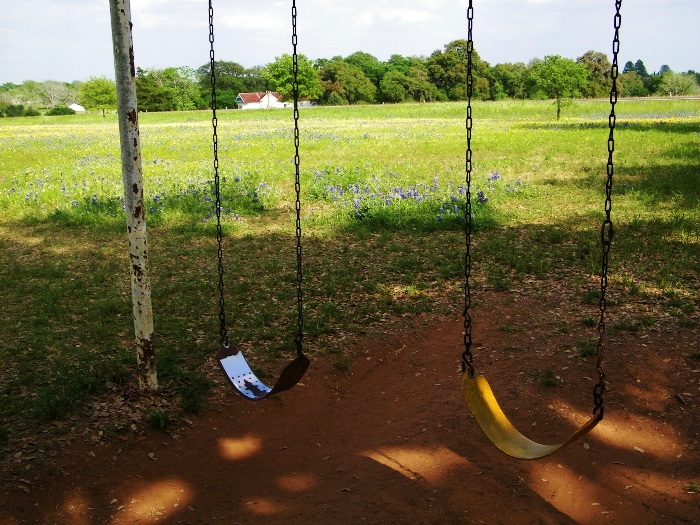 Despite such tormenting questions, several weeks later found me and my sister  driving our daughters to the place of surrender. Upon arrival, maternal terror washed over me like a tidal wave as I observed a sea of youngsters swarming in every direction, looking as I feared my child would, as soon as I was out of sight. Hair disheveled; clothes rumpled; hard candy hanging out of their mouths. Lost and without hope. It was all I could do to keep driving, but the campers in the backseat had ants in their pants.

By mid-afternoon, we stood inside a dormitory, staring at rows of metal bunk beds and stark concrete floors. I couldn’t imagine leaving my child—my baby—here for one minute, let alone for a week. I considered grabbing her and running, but it was too late. She and Leslie now stood beaming beside the bunk they had chosen as “theirs.” Could we please unload the luggage?

Exchanging horrified glances, Gayle and I stumbled outside and returned with  suitcases. As I spread sheets across a puny mattress, I decided to offer my umpteenth lecture concerning housekeeping and oral hygiene.

While I rattled off a list of ingenious tips, Anna Marie’s eyes remained on my face, but she appeared to be in a trance. “Are you listening, sweetie?”

She sighed and rolled her eyes. “Mama, I know you’re worried about me and everything, but—are you finished?”

I wasn’t, but just then a dorm monitor announced that teams were being formed for a volleyball game—commencing in thirty minutes. Anyone interested, please form a line.

Like calves out of stalls, the girls bolted forward and were assigned to a team. It appeared to be our cue to leave.

That’s when my child’s face wilted. “But I’m fixing to play volleyball, Mommy,” she said. “Can’t you stay and watch me?”

Upon hearing her call me “Mommy,” I was renewed. Maybe this was a sign she still needed me. Of course, we’d stay.

The volleyball game ended quickly. My little camper was among the losers, but didn’t seem to notice. She dashed over to where I stood, her face flushed.

“Mommy’s got to go, sweetheart. We’ve got a long drive home.” I hoped for a bear hug, but she only nodded and smiled. Kissing the top of her head, I said, “Bye, angel. I love you.”

Watching the girls sprint toward the line forming in front of the cafeteria, Gayle and I let out a collective sigh. My heart hurt.

As we drove away, I circled the grounds, unable to resist a final look. When I spotted them, they were side-by-side, discussing whatever nine-year-olds discuss on such occasions, their faces anxious and eager. It was almost unbearable to look at them standing there, because I knew they would never be that small again, because of the way they were growing up, right in front of my eyes.

I gave a long blast on the horn. When they finally saw me, I waved frantically out the window. Timidly, Anna Marie waved back. And, ironically, I was filled with an intense pride that she was able to stand there—without me.

The thought of leaving my babies at camp is terrifying. But I also know when those letting go times come, knowing they are ready makes it easier. Dayle, thanks for this beautiful perspective. It is certainly encouraging to those of us coming on the road behind you. This post nicely rounds out some of my thoughts this week on mothering and living in the moments this day has to offer. If you have a moment, please visit Dayle’s place and say hello at A Little of This and That.