Out of the thousands of images I took last year, here are twelve of my favorites. 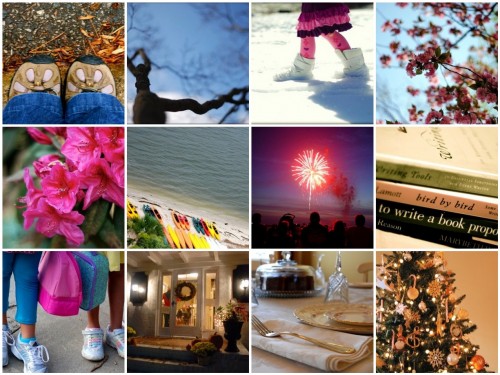 There is one from each month, in case that isn’t obvious. I’ve read some beautifully inspiring things about new beginnings, like what Ann Voskamp wrote at (in)courage and what Donald Miller wrote on living a good story. But I’ve been hesitant to step with confidence into 2010. There are a few things, a pile of stuff, a little bit of giddy and a whole lotta fear hanging around my soul-ish area. I look forward to sharing more when I am able.

For now, though, I’m unwrapping the memory of 2009. What about you? I haven’t even announced that Tuesdays Unwrapped is back. Technically it isn’t, as I’m still on a break from it until January 19. But if you want to link up and share either a post you’ve written to bring in the new year or a small moment you are purposing to celebrate, well that would be lovely.