How Being Specific is Changing the World

We count the growth rings in a tree stump to see how old it is, skipping over the blanks between. We’re looking only for the darkest circles, pointing to them as proof of growth. But the dark circles only show one piece of the story, leave marks of the slowest summer growth. 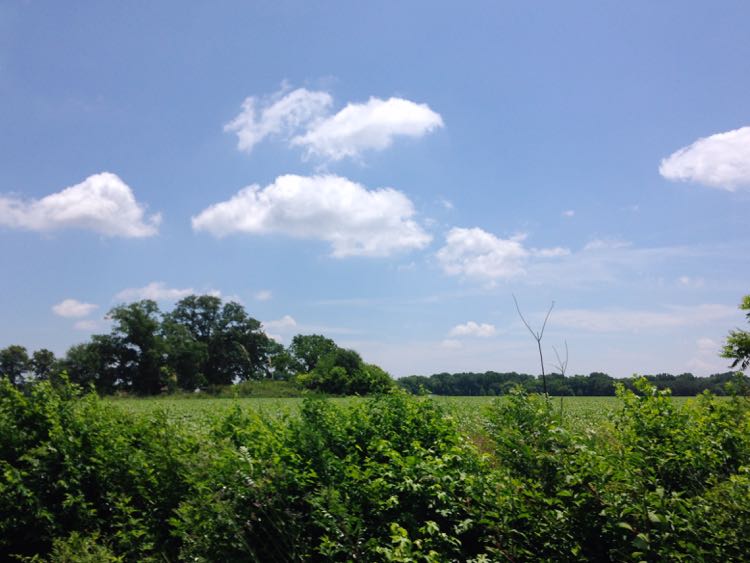 Count them and  you learn something for sure. But pay attention to the trunk as a whole and you get a better picture of the life of the tree.

Sometimes writing feels like the darkest rings of a tree. It’s like laying down evidence so I can look back and point to something tangible, something I can count. Writing leaves behind proof of the wrestling, the longing, the learning, and the hope.

But the time between the writing tells a story too, and lately I’ve been floundering through that part of the story in my own life.

Even when I’m not writing here in this space, I’m paying attention, watching for themes. Over the past several weeks, one theme has woven itself through my reading, conversations, and thought-life so strongly that if I don’t write it down, I fear I’ll begin to forget the impact it’s having.

It started when John found a pearl in his Oysters Rockefeller, bit down right on it and pulled it out of his mouth. We though he was joking at first as it just looked like a small, over-sized pebble.

But he asked our waitress to confirm it and after close inspection she announced it was. She’s worked at the crab shack for many years and knows what to look for. After trying in vain to use it as payment for our meal (dad jokes abound), John put his found treasure in a to-go ramekin and we all gathered around to get a good look. 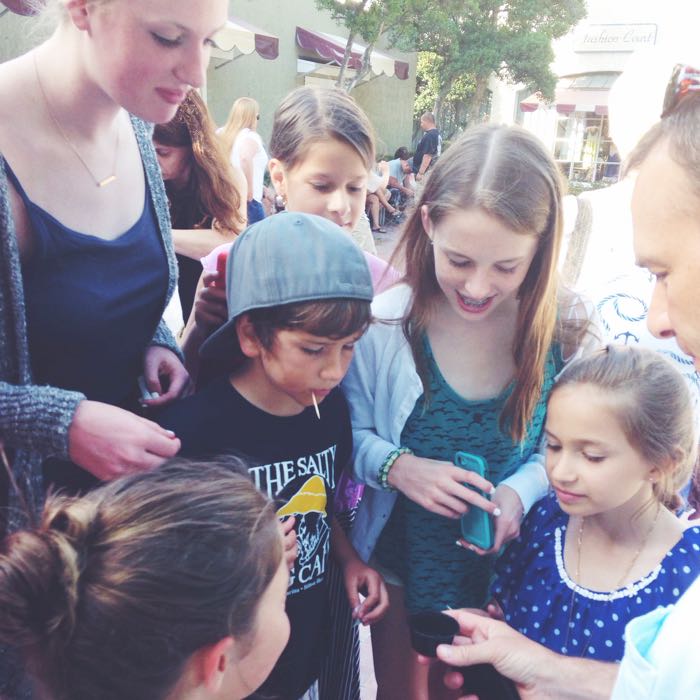 It wasn’t necessarily impressive and, if it wasn’t found inside an oyster, we would have ignored it. It could maybe even fool the tooth fairy in dim lighting and pass for a child’s baby tooth. 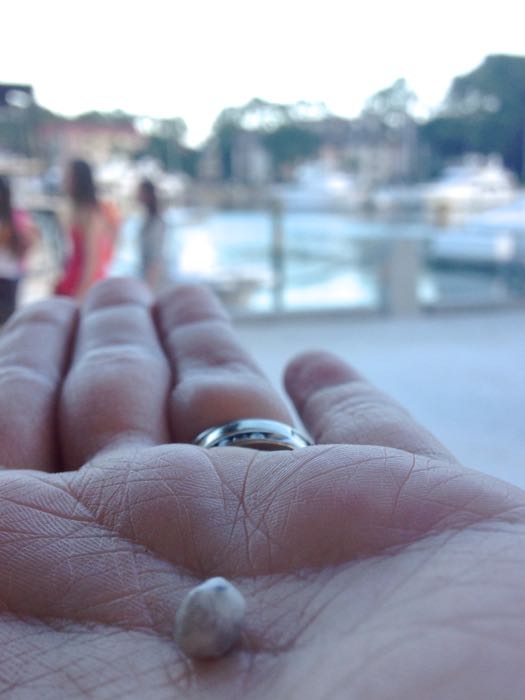 Around the time we were inspecting this newfound treasure outside the restaurant on Hilton Head Island, a man walked into a church a hundred miles north and sat down with a group of believers. He was welcomed into their midst and an hour after that, he killed them because they were black.

But I didn’t know this at the time. Before I went to bed that night, I saw a passing headline of a shooting in Charleston, but I didn’t pay close attention and simply pictured a mad gunman in the street, shooting into the air. I don’t know why I didn’t imagine victims or motive. I just heard “shooting” and thought “gun pointed into the sky.”

The next morning I woke up early and walked out to the coast, continued reading where I had left off the day before in A Circle of Quiet by Madeleine L’Engle:

“I find that I always listen carefully to the weather: this affects me. If there is some kind of strike going on in New York — there usually is — which will inconvenience me, I get highly indignant. I am apt to pay less attention when the daily figures for deaths on battlefields are given; it is too far away; I cannot cope emotionally . . . It has to happen close at home before I can truly feel compassion.” 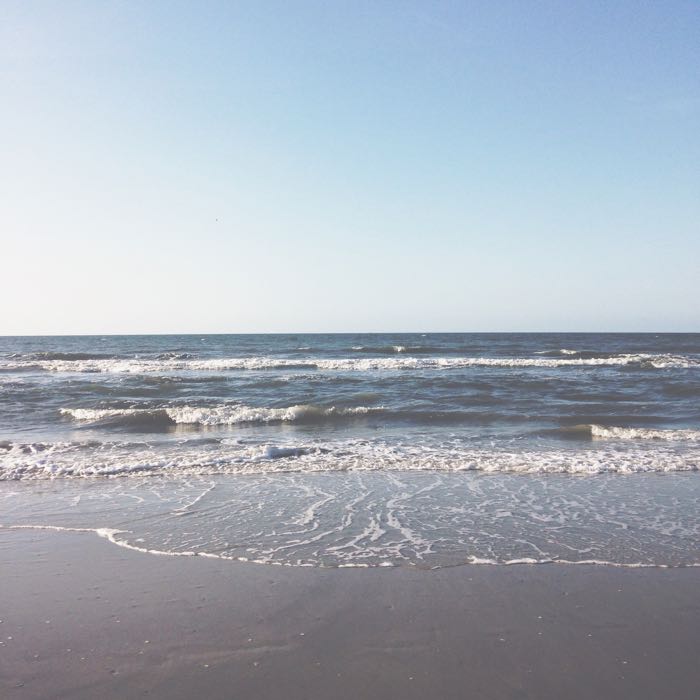 Later that morning, I saw along with the watching world the details of the shooting from the night before, that the gun was not shot into the air but into the bodies of nine believers at Emanuel African Methodist Episcopal Church.

I’m not sure anyone really knows how to process this kind of evil. What compartment do you place it in? Who can hold the weight of this sadness?

I carried a vague sense of sadness with me for the rest of the week – for the families of those who were killed, for the people living in Charleston, for our broken country. I was sad and sorry for the ways I’ve contributed to racism in our country and my own community, ways I’m not even sure I fully see or understand, and other ways that are embarrassingly clear to me.

I saw the names and faces of the victims on the news. But it wasn’t until we arrived home and I sat in my usual seat at our home church on Sunday when I heard their names read from the pulpit by my friend Wendy – in her voice and with her accent – that I started to cry.

“We are lost unless we can recover compassion, without which we will never understand charity. We must find, once more, community, a sense of family, of belonging to each other.”

The gunman was specific.

God wrote all the details of humanity into the body of Christ, His words becoming literal flesh in the secret, hidden place inside Mary, tucked beneath her heart.

I have realized this week, even in the last 24 hours:  I am afraid to be specific. 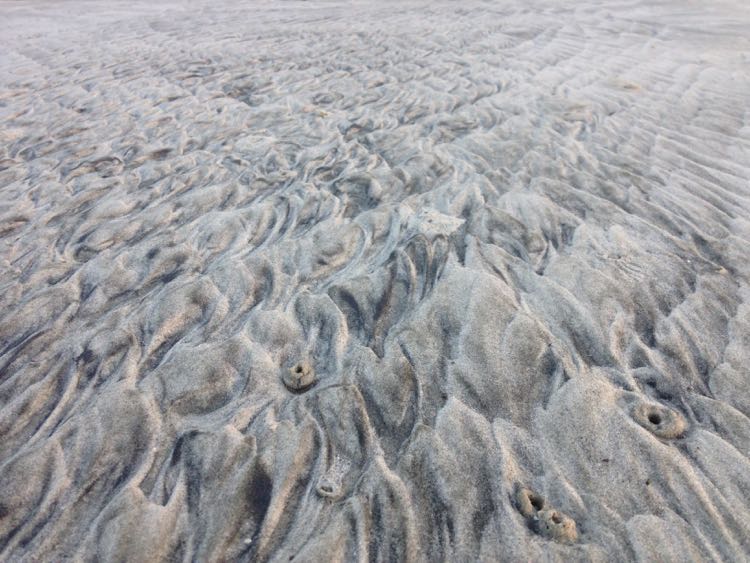 Specificity feels vulnerable and intimate. Asking for something particular is more risky than asking for something in general. Longing and desire are lovely when spoken of in an over-all, wide-ranging way. But start to name those longings one by one and things get terrifying quickly.

What if I don’t get a pearl in my oyster?

So prayers sound more like please God bless rather than please God, THIS.

I didn’t realize how my unwillingness to be specific keeps people at arms length, keeps me from having to be involved in complicated issues, and keeps my head a clean distance from my heart.

“Compassion is nothing one feels with the intellect alone. Compassion is particular; it is never general.” – Madeleine L’Engle

Now that I’ve called it out, I’m seeing it everywhere.

Sandra Peoples wrote a post about being helpful and community, saying “the more specific you are, the more helpful you are.”

Shannan Martin said this on Saturday, that “We cannot love what we do not know. And we cannot hate what we refuse to acknowledge.”

Yesterday standing at my front door, my friend and assistant Traci tells me she is praying through some things, but she always prays specifically “because how can I pray for people if I don’t know what their needs are?”

At church on Sunday, a few in the prayer ministry – Kevin and Erin – talked about cultivating an “imaginative hope” for the needs we see around us, that prayer is simply taking up the burdens you see and then re-releasing them into God’s hands. But to take them up, we have to know what they are.

We pray because we have hope for change, so faith means imagining what that change might be.

Evil is specific. Our hope must be specific, too. Specificity is changing the world in both good and bad ways. I want to be part of the good. I want a front row seat to the miracles.

I’m not sure what all this means yet. This space here is where I begin to work things out and it helps to do it with other people which is why I didn’t just write this in a journal. I don’t have clean answers or even something specific to share with you in closing, but I do have a deep conviction that it’s time for me to clear the decks of my soul and make a little room to listen to the details.

Want to receive a monthly reminder to create space for your soul? On the last day of the month I send out a letter with three questions for reflection to help you do just that. Sign up here to get the next one.