she walks in beauty

When I left, my only expectation of myself was this: I will not close my eyes. And so I flew over a days worth away and went with eyes ready to see and hands ready to tell the stories. And knowing how crazy tired we were that week, it was a true miracle that the stories were seen or told at all. There was one night when I couldn’t lift my arms, couldn’t open my left eye. But I still, somehow, managed to write one last post, hit publish at 11 pm, crawl into the hotel bed, and wake up at 4 hours later to get to the airport in time to fly home. 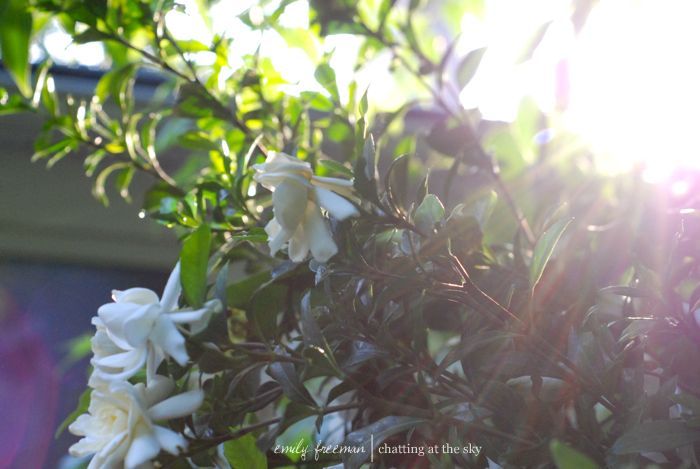 Looking back at it all now, over a week later, I may have been at least seven shades of crazy to go at all. I kid. But we don’t say yes looking back, we only make decisions with eyes faced forward to the future. And looking back, I would still go again with my eyes open just the same.

I’m sure I’m having difficulty adjusting to being back home, but I haven’t the luxury of figuring that out yet. What is happening, it seems to me now, is that even though I had my eyes open while I was in the Philippines, I have had them tightly shut once I’ve arrived home. It is simply too much to bear. It isn’t just in the Philippines; the poverty is everywhere. I know so many of you have seen it in India and Guatemala and Haiti and Peru and the Dominican Republic and Mexico. And it’s also in its various forms in Florida and DC and Seattle and New York. So many of you have seen it so much more than I have. But seeing it once is all you need for a good shake up.

When I got the packet of information about the child I sponsor in the mail weeks before I left for the Philippines, the little paragraph under Stacey’s photograph told me she likes to swim and help her mother in the kitchen. I don’t know what I thought that meant, exactly. I guess I pictured them living in a house kind of like mine, only a lot smaller, of course. Maybe a Little House on the Prarie-like feel of a house; a one room cabin with a loft for the kids and a fireplace. 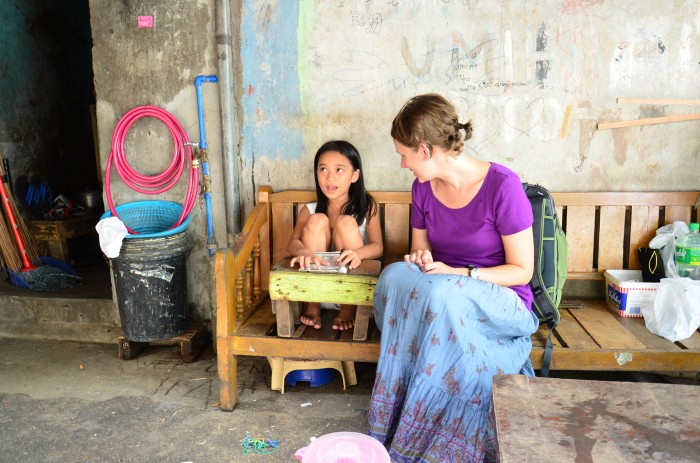 I know better now, because I have been there. I have walked down the dirty street to Stacey’s front door. Or at least, to her doorway. I don’t remember there being a door. I have passed through the “kitchen where she helps her mother”. As it turns out, Stacey doesn’t have a kitchen. She has some pots and pans, a few utensils, some rags. You can see it there in the photo – the mop is in her doorway and just to the right of it is where they keep their pots.

There isn’t a kitchen, and I can’t say I don’t know. And so since I’ve been back, I’ve read a whole book just for the fun of it. Also, perhaps, for the escape of it because “she helps her mother in the kitchen” is haunting me. Find me a fiction book. Lose me in a make-believe story, because babies are growing up in this world who have so little and I can’t take the knowledge of it. Slowly, I began to realize that Clara Carter, the heroine of my book, was making a discovery of her own, one that was uncomfortably similar to my own.

“And though I had never known this part of the city, I found I knew this place. I knew it from the pages of Mr. Riis book. This was how the other half lived. They lived here in this place that stank of overripe food and overripe flesh.”

-Siri Mitchell, She Walks in Beauty

It seems that God would not have me run too far away. It seems that He has ways of weaving truth and reality into even our most desperate attempts at fiction and pretend and escape. It seems He would not have me forget. And so I finished my book and I sat in the quiet and I realized I haven’t had much quiet since I’ve returned.  The quiet brings memories and memories bring tears. And then I realize all over again Great. I only have melancholy to share with my blog friends. Again.

But I cannot forget the sweet relief and the hope that showed up while I was there, the voice that whispered as I walked through the dirty street to Stacey’s doorway, Come. I want to show you what I’m doing. I want you to see where I’ve been. It was so clear, that voice, that I couldn’t help but smile as I walked. His Spirit brings beautiful into even the darkest places.

He sits with her on that bench while she works her word search filled with the names of the counties in Ohio. He watches her as she chases her dog Aang around on the always-wet pavement. He follows her as she walks into that dark house without a kitchen. He made her and He knows. He knows. She is not forgotten by Him. There is a grace that doesn’t give up and a love that does not turn away.

There is something really familiar about her, the way she is so much like my girls here even though she lives there. I continue to think of her as I peruse this lovely series my friend Amy is doing over at Playing Sublimely called The Mothering Daughters Experience. As I read these posts about what it means to mother daughters, I think of my girls and then I think of Stacey and how, in a very small way, I mother her as well.