Why Showing Up in Small Ways Matters 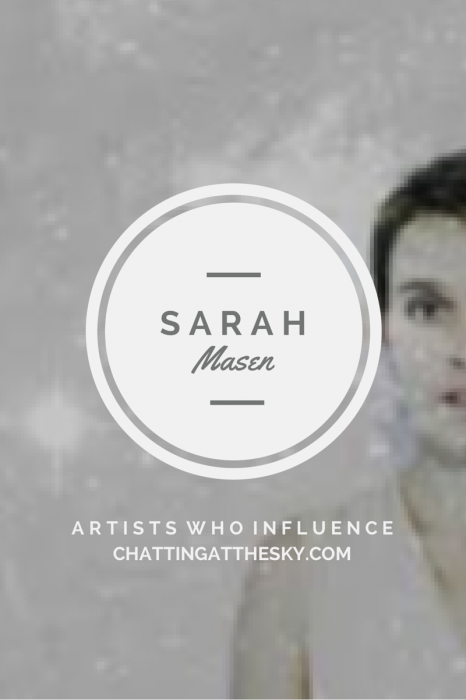 It’s hard to put into words what happens in the heart of a seventeen year old girl who longs for life to be poetry and beauty and then finally, someone comes along and says it’s true.

For years after I first heard Sarah Masen sing that night in the youth group of Highland Park Baptist Church in Southfield, Michigan I titled every email with a line from one of her songs. It’s weird, but at the time it was a small form of expression. Quoting her lyrics were my timid first steps into discovering words of my own.

Her music was the soundtrack of my freshmen and sophomore years of college and later, a line from her song Tuesday became the title of this blog. But you already know that.

It’s possible many of you haven’t heard of Sarah Masen. Some might say she either missed or is still waiting for her big break, that she had some success in the late 90s but then she disappeared.  But it all counts, all the work she did and and is doing, all the time with her children and working with her hands and especially for me, that night she decided to show up to sing for those insecure high school kids. It certainly wasn’t a glamorous gig, to perform at a youth group function.

But I’m so glad she said yes. Because I was one of those insecure high school kids, walking in late, sitting in the back row, touched by the generosity of her artist’s heart.

Maybe it isn’t about waiting for a big break but about taking something that is alive within you and allowing it to touch the broken spots in others. Sarah’s music did that for me that cold night in Michigan, woke something up within me that hadn’t yet been touched. That’s why she is an artist who influences.

To learn more about Sarah’s current work and music you can visit her website. To see a list of all the artists in the series so far, visit this page. To have these posts delivered daily into your inbox, join here for free and receive an ebook I wrote just for you, Seven Little Ways to Live Art.