You Were A Child Once, Too 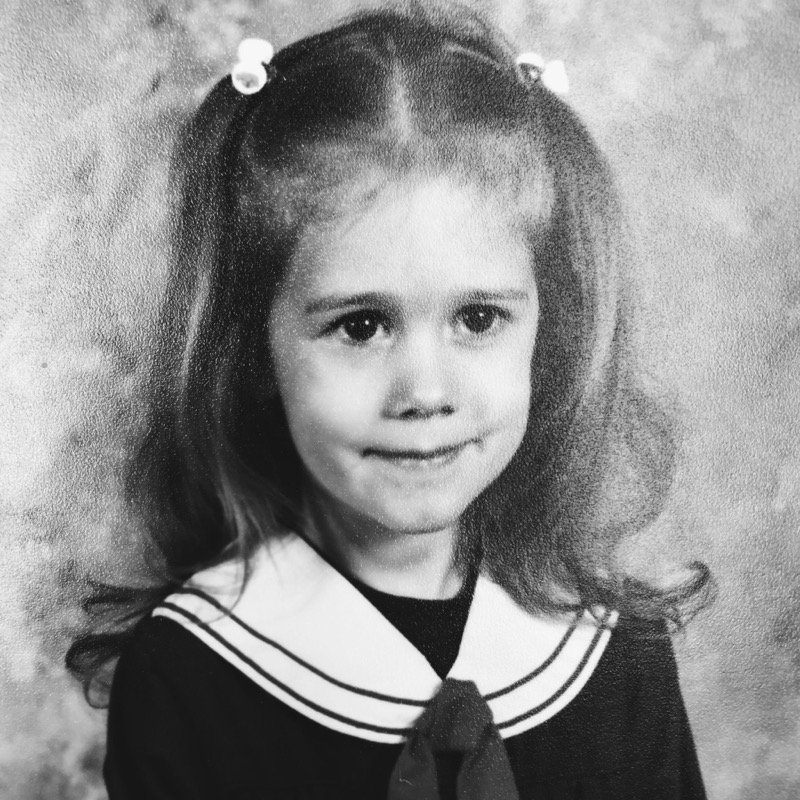 I wouldn’t have thought to say that any more than I would have pointed out that my own mother was talking directly to me whenever she told me it was time for dinner because it seems so obvious, like saying, “You know, the sky is blue and I have two feet.” He was looking me in the eye from my TV. He was asking me questions, and he was teaching me about the world. Who else would he be talking to?

I simply can’t imagine growing up without him and Lady Aberlin, King Friday, and Prince Tuesday. If my preschool years had a theme song, it would be the almost dissonant rushing tones of the trolley car as it traveled from Mister Rogers’ living room to the Neighborhood of Make-Believe.

I recently read on the show’s website that the musical director for Mister Rogers’ Neighborhood, Johnny Costa said, “Children have ears and they’re people and they can hear good music as well as anybody else. So I started right from the beginning playing for them as I would for any adults.”

That posture of playing music for children as he would for adults is a thread that ran constant throughout the entirety of Mister Rogers’ Neighborhood. The show aired from February of 1968 through August of 2001, over 31 seasons and nearly 900 episodes. But when we were children, we didn’t know the intention behind the show. For those of us who watched him faithfully, we simply knew it felt like home to watch Mister Rogers take off his work jacket and put on that sweater to trade his dress shoes for tennis shoes while singing about what a beautiful day it was in the neighborhood. 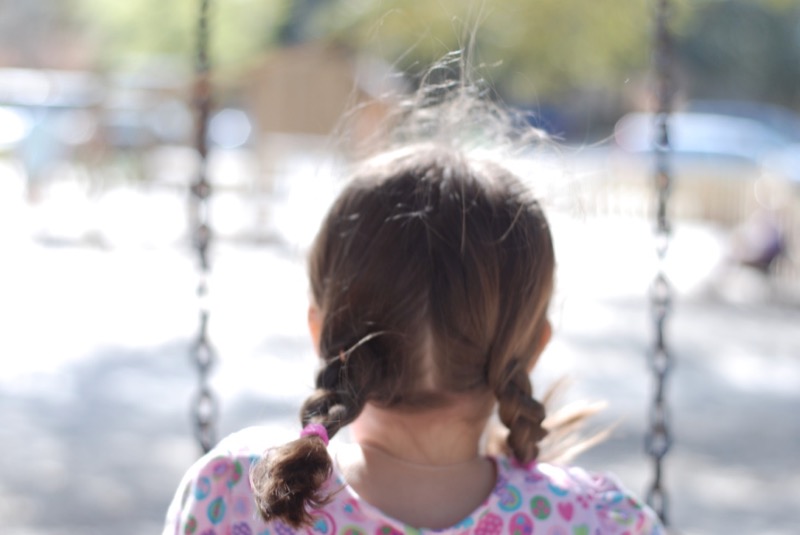 As for me, when he said I was special, I believed him. He made it okay to feel sad, scared, angry, or confused. Fred Rogers pastored me in his unique, kind, and gentle way. In a world where gentleness is often confused with weakness, it’s important to point out the difference. Mister Rogers may have been gentle, but he was certainly not weak. In fact, he started his show because he was deeply frustrated with children’s programming, and he wanted to do something about it.

In an interview with CNN in 1999, Rogers said, “I went into television because I hated it so, and I thought there’s some way of using this fabulous instrument to nurture those who would watch and listen.”

How interesting to me that the thing that compelled gentle Fred Rogers into television was frustration. It’s interesting, but it’s not surprising.

Frustration is actually the starting point for all meaningful change we’ve ever made, any of us. It’s also the beginning of meaningful work. That certainly was true for Fred Rogers. I think one reason why Mister Rogers still fascinates us, besides the fact that he was a calming presence for us as kids, is we marvel at not only what he did, but how he did it. He went into children’s programming because he was frustrated with how terrible it was. He was a performer wanting to use this medium for good rather than for ridiculation. Still, his demeanor on the show was never one of frustration, but of unruffled peace, kindness, and relentless gentleness. 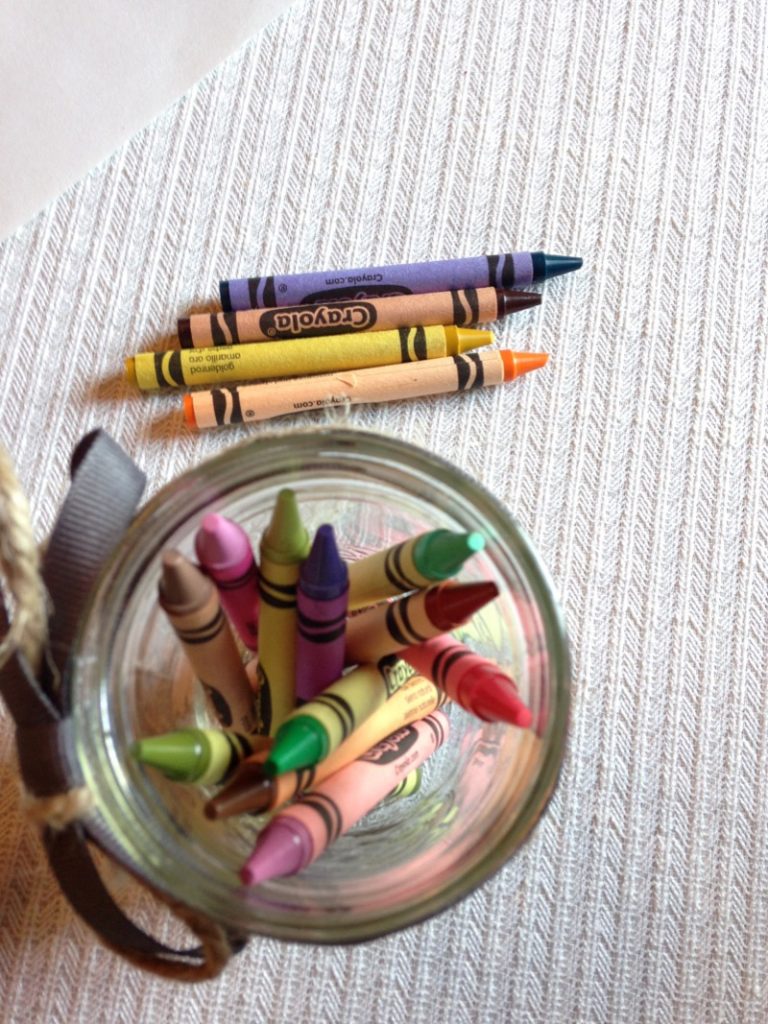 Last week I read an article journalist Tom Junod wrote for The Atlantic about his friendship with Mister Rogers. That’s a friendship that is the basis for the movie, A Beautiful Day in the Neighborhood starring Tom Hanks as Fred Rogers. In the article, he references a time when some doctors asked if Fred Rogers would write a manual to teach them how to talk to children, but because of his schedule, he asked for help from a woman who was extremely knowledgeable in child development.

Junod wrote that she worked hard on the piece, including all her child development knowledge and hard-earned perspective in the field, but when she handed it to Fred Rogers, he crossed out the words of her educated introduction and replaced it with these six words instead, “You were a child once, too.”

Several years ago, while I was working on a series for my blog, I ended up spending a few hours rummaging through different videos of various thought leaders, business owners, and entrepreneurs. After a while, listening to these experts talk about their work was disheartening. They were smart, capable, successful people, but in these particular videos I ran across, there was also a sense of arrogance, of better-than-thou-ness; that somehow they made it to the top because they’re just the best, and the people that helped them get there weren’t relevant to the conversation.

I continued clicking around the internet as one does, and ended up watching another video within that same hour, this time of Fred Rogers. It was 1997, and he was receiving a Lifetime Achievement Award at the 24th Annual Daytime Emmy Awards.

“So many people have helped me to come to this night. Some of you are here, some are far away, and some are even in Heaven. All of us have special ones who have loved us into being. Would you just take, along with me, 10 seconds to think of the people who have helped you become who you are? Those who cared about you and wanted what was best for you in life. Ten seconds of silence. I’ll watch the time.”

And then there were 10 seconds of silence.

In his moment of receiving an award for his life work, he allowed 10 seconds of silence on national television, holding space for the viewer to remember those who have cared for and wanted what was best for them in life.

“Whomever you’ve been thinking about,” Mister Rogers said when 10 seconds had passed, “how pleased they must be to know the difference you feel they have made.”

All of these people in the videos I watched were famous, talented, and expert. In fact, we run across people every day, some we see eye to eye with, some who seem off-putting, some who draw us in. And when we’re making decisions, these people don’t go away.

We don’t make decisions in empty rooms. We’re always surrounded by some who endear us, some who bother us, and others who are bothered by us.

The feeling I had after watching most of those videos was significantly different than the feeling I had after watching Fred Rogers. For the former, the world is one of scarcity where only the expert need apply. For the latter, the world is one of abundance where even when you win an award for your own achievements, you can choose to make that moment about everyone else.

Mister Rogers’ generosity reached far beyond a TV show and, more importantly, far beyond himself. Still, even as I praise Fred Rogers here, the truth is I don’t think he would have ever drawn the same conclusion I have about these other entrepreneurs and himself.

Instead, I imagine he would simply say they were each a child once, too. 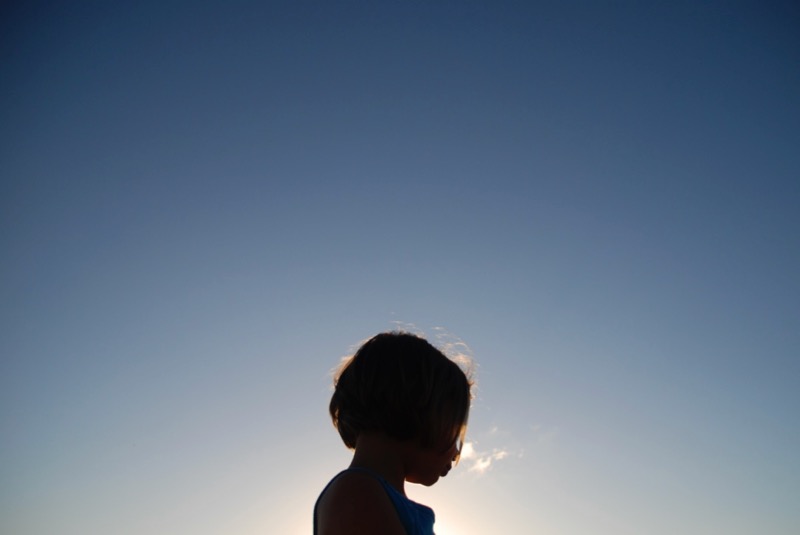 What Mister Rogers taught us is that the dignity of a person is not dependent upon anything except the fact that they exist and are made in the image of God.

His or her attitude, opinions, political affiliation, education, race, gender, or even their words or actions are not the defining factor of their person even if we disapprove or disagree, even if the person is arrogant, ignorant, or annoying, even if the person does things differently than we would do.

“Fred was a man with a vision and his vision was of the public square, a place full of strangers transformed by loving kindness into something like a neighborhood. That vision depended on civility, on strangers feeling welcome in the public square, and so civility couldn’t be debatable. It couldn’t be subject to politics, but rather had to be the very basis of politics along with everything else worthwhile.”

Another phrase Mister Rogers is known for is this one: Look for the helpers. He says it’s what his mother told him when he was young as a way to help him process when very bad things happened in the world.

But over the years when tragedy strikes in our country and around the world, that phrase – look for the helpers – is one adults often share and repeat to one another, providing a ray of light comfort in a dark and heavy world. Watch for those who are helping, we say.

But it’s important to remember, as many have pointed out over the years, that advice was what a mother told her young son. That’s advice Fred Rogers repeated and gave to young children.

We are not the children. We are the grownups.

While it’s comforting for us to look for the helpers, it’s vital that we as the grownups learn to be the helpers.

While we tell our children to look for the helpers, we – the helpers – can look for the children; not just the small ones around us, but the hidden ones within each other.

Look for the child in the person across the political aisle, in the brother who you can’t get along with, in a customer who refuses to bend, in the partner who won’t see it your way, in the person on the other side of the jail cell.

Look for the child behind the eyes of your opponent, your teenager, your spouse, your boss, your Uber driver.

Look for the child in the person who disagrees with you, who stands against you, who offends you.

You don’t have to embrace them, befriend them or even trust them. But God invites you to see them as he does and to regard them accordingly.

We can still have safe boundaries, but we don’t have to let hate win.

When you’re trying to explain sad, hard things to young humans, when you don’t know what to say or how to say it quite right, don’t forget you were a child once, too. As you discern your next right thing in the presence of God and other people, may you remember to look for the children in the people around you, and be kind to the child within.

I still haven’t quite said what I want to say about this man. The way Fred Rogers moved through the world was kind and gentle but also counter-cultural. In that he was fierce. He was almost aggressively gentle, refusing to let people off the hook from displaying the image of God in the world just because he may have disagreed with them.

We don’t get to write people off. And that is not always a message we like to hear.

When it comes to making decisions, we all know it’s rare if ever that we make them in a room by ourselves. Our decisions impact people, are influenced by people, are subject to judgment and opinions by people, opinions that we may or may not like. For better or worse, we’re made for community. And Fred Rogers reminds me – no matter what decisions I make – to always see people, as much as is possible, as ones made in the image of God.

It helps to remember that I was a child once, too.

This post is an adapted version of Episode 103 of The Next Right Thing Podcast. You can listen to that episode right here.