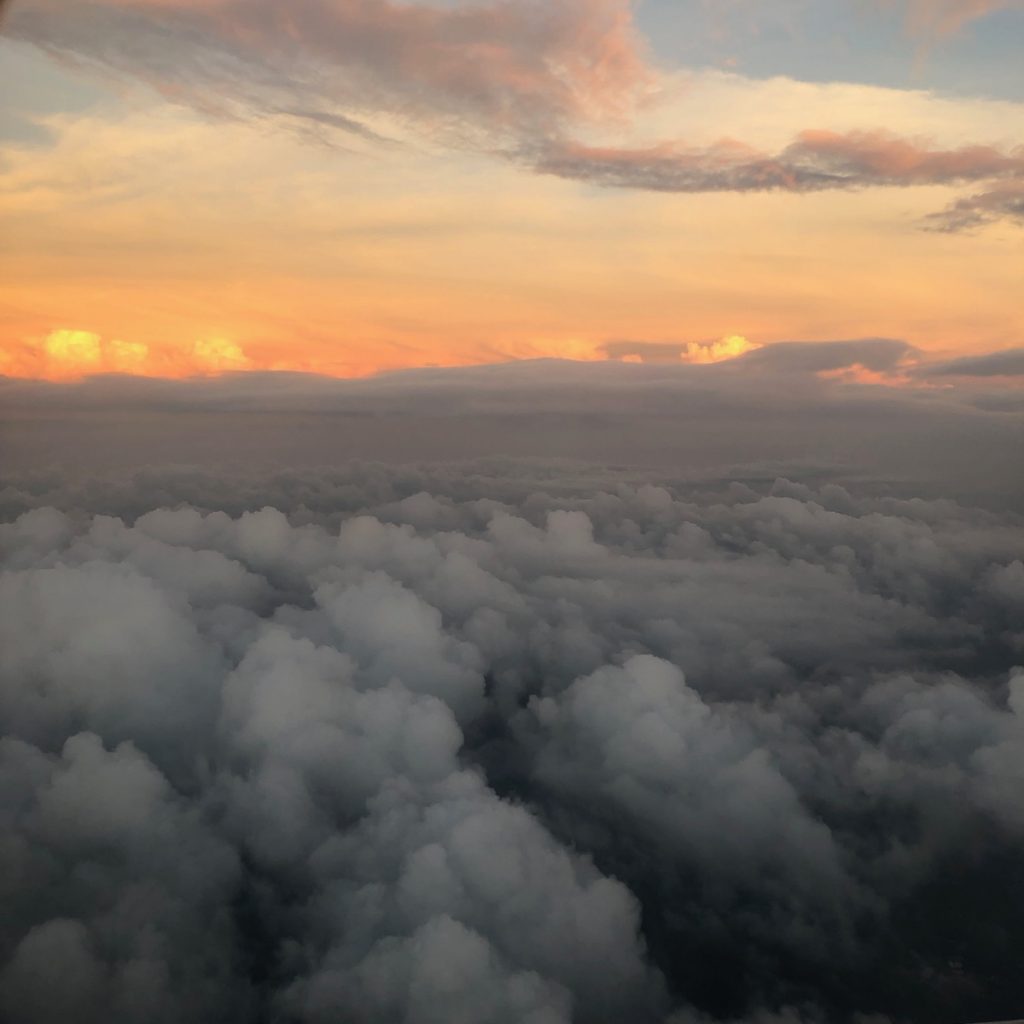 Susan Cain, author of Quiet, says, “Solitude is a crucial and underrated ingredient for creativity.” Solitude here (in my estimation) implies silence. You know what also requires solitude, silence and creativity?

For better or worse, making decisions is a lifelong practice. It’s one we can’t delegate, graduate from, or grow out of.

Of the many things making decisions often require of us, our creative imagination is most certainly one of them. If you think the decision-making process is simply a fact-gathering exercise, consider what we do with the facts once we have them. We imagine the outcomes. If I choose this, then this thing might happen. If I choose that, it could lead to this. 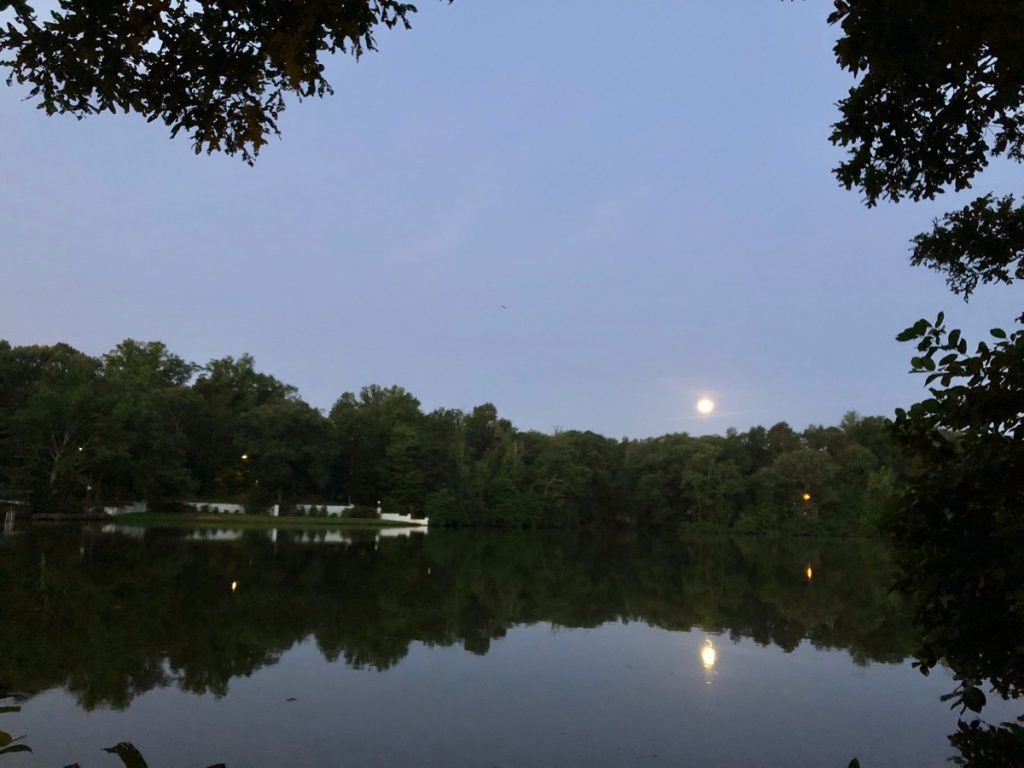 If we don’t give ourselves a bit of time and space to consider possibilities, to sit with potential, to let ideas form slowly, then our imagination will just do its knee-jerk thing. We’ll make our decisions not based on our gifting, our calling or what matters most, we’ll just make them to avoid pain, discomfort, disappointing others or sometimes just to get the decision out of the way.

The bigger the decision, the greater the need for silence, solitude, and creativity.

And so I had several reasons for my own sabbatical and I’ve shared some of those reasons with you already. Mainly it’s because in order to uphold the integrity of my own calling to help create space for your soul to breathe, I have to create space for my own. So that’s what I did.

From late June to early August I took some intentional time away from my work. Just after the fourth of July, I deleted Instagram and Facebook from my phone and didn’t (well, okay barely) looked back. Just last week, I reinstalled them and feel refreshed and ready for a new season.

Nearly half of my time off, I was in London: first to co-lead Literary London and then to have a vacation with John and the kids. On July 6, Meghan and Harry’s baby, Archie, was christened at Windsor Castle. While it happened, my family and I stood outside. 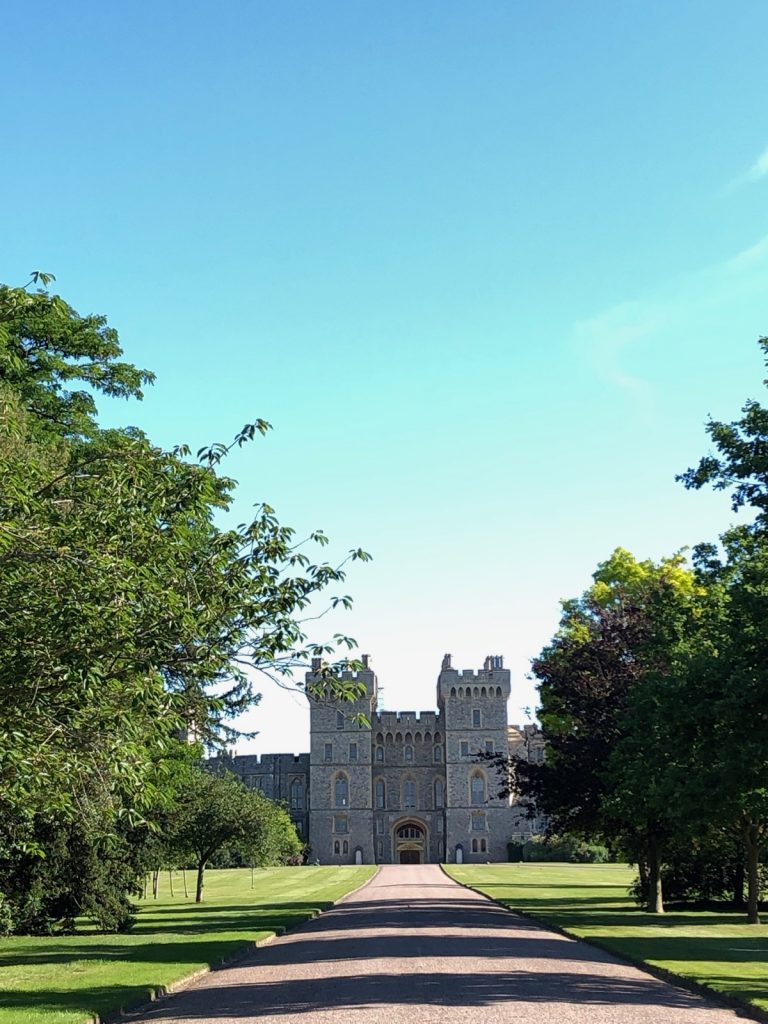 We did not see any royals, but we did see a flower delivery van leave the castle. On the side was the logo of the same company that did the flowers for the evening reception at Meghan and Harry’s wedding and I was very proud of myself for this moment of sleuthing brilliance which at the time felt like a very big deal. 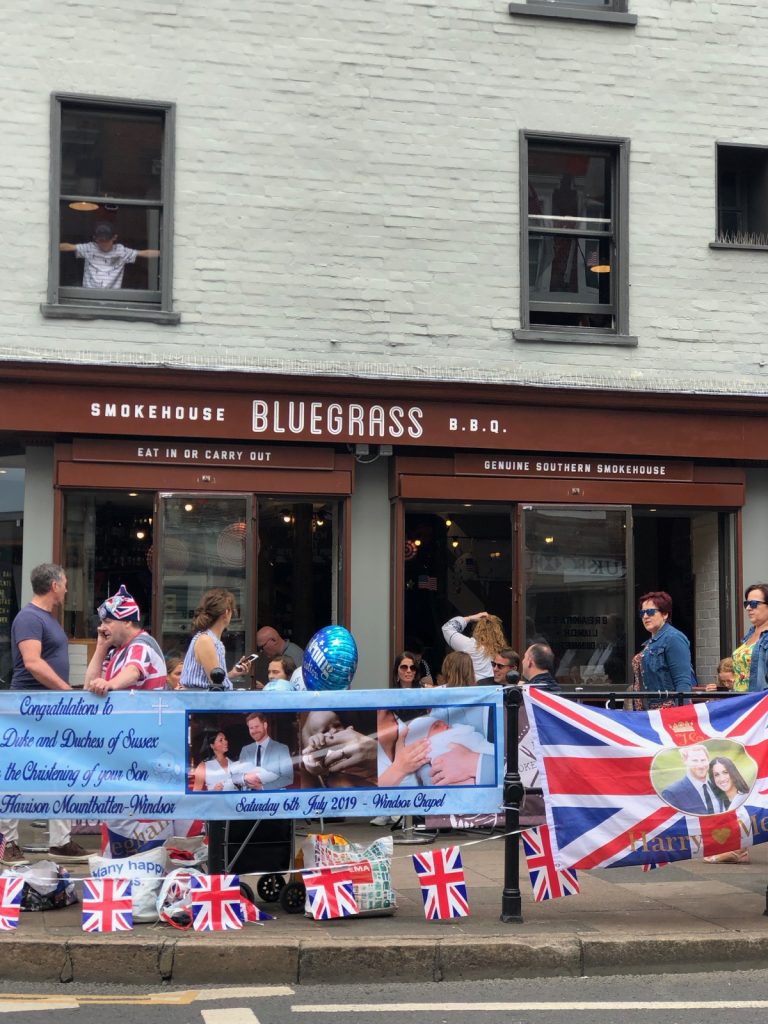 Closer to home, last month the podcast quietly passed four million downloads and then last week we passed the two-year anniversary of launching it. I’ve yet to make a point to celebrate these milestones but simply mentioning it here is fun all by itself.

In more global news, July 19th, 2019 marked 50 years since Apollo 11 made the historic trip to the surface of the moon. While history always highlights the moon walk, the truth is we would be telling a very different story if the astronauts had not returned home. As even the most space-ignorant humans know, in an atmospheric reentry, a million things can go wrong.

As I watched a documentary on the Apollo moon landing, I was struck by how little thought I’ve given to a crucial part of that mission: getting the astronauts home.

There are two main types of atmospheric re-entry: uncontrolled (like space debris hurling through the atmosphere) and controlled (like a spacecraft coming home on a preplanned path). Just like divers coming up to the surface from the depths of the ocean or climbers coming down to the surface from the heights of the mountains, coming back is not one swift movement. There are intervals to consider and pauses to take and all of that takes some time. 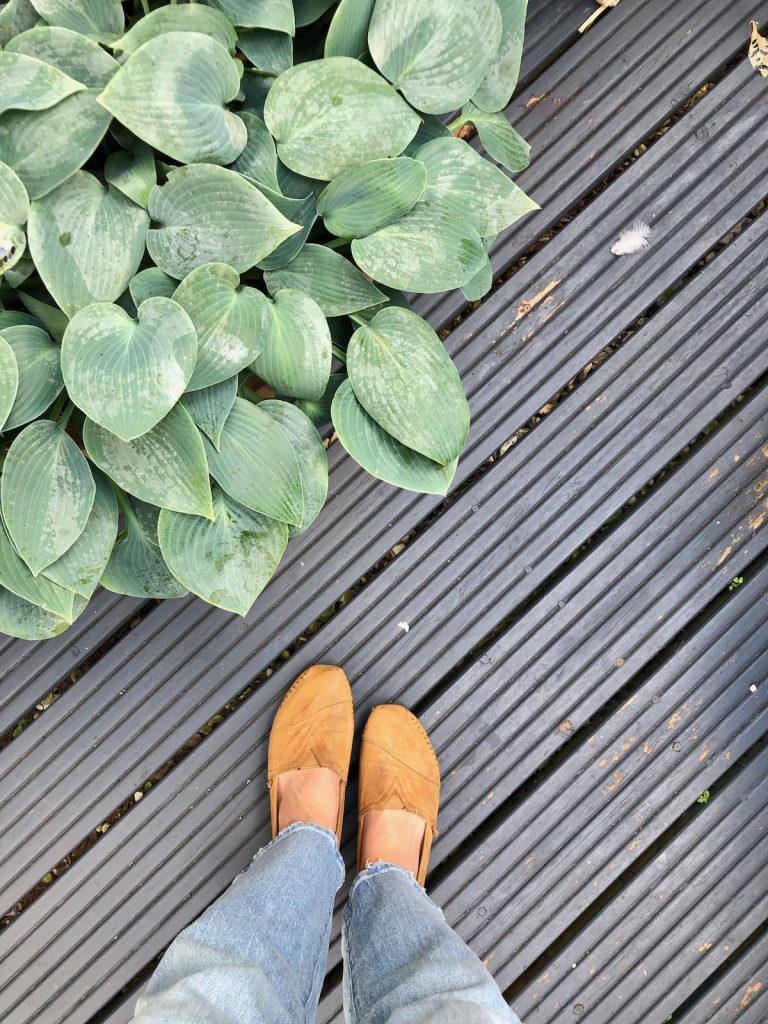 They say when astronauts return to Earth after being in space even for just a few weeks, they feel about five times heavier than they expect when they walk around. The longer in space, the greater the impact.

In 1969,  when Neil Armstrong, Buzz Aldrin, and Michael Collins landed on Earth after their historic lunar landing mission, they had to wear isolation suits in case they brought microbes back from the moon and they were even sprayed with disinfectant. (Picture: President Nixon spraying them down with Lysol. hehe). They didn’t have to stay in the suits the whole time, but they did have to stay in isolation for a full three weeks before they were reunited with their families.

When Scott Kelly returned to Earth after a year in orbit just a few years ago, his feet still hurt two months after being back in gravity. Reentry has a lot of implications on the body of an astronaut, but the first transition happens between space and the Earth’s atmosphere.

A controlled reentry has three movements, entry, descent, and landing, or EDL in space terms. This is all about dissipating the energy to ensure a smoother landing by using rockets and parachutes and all kinds of other things that I don’t even know. But even then, landing on Earth from space in a capsule is described as a series of car crashes. That’s how it can feel to the astronauts inside the capsule.

For all the emphasis put on missions to space and what happens once they get there, those missions would be incomplete without a solid plan to get them safely home. 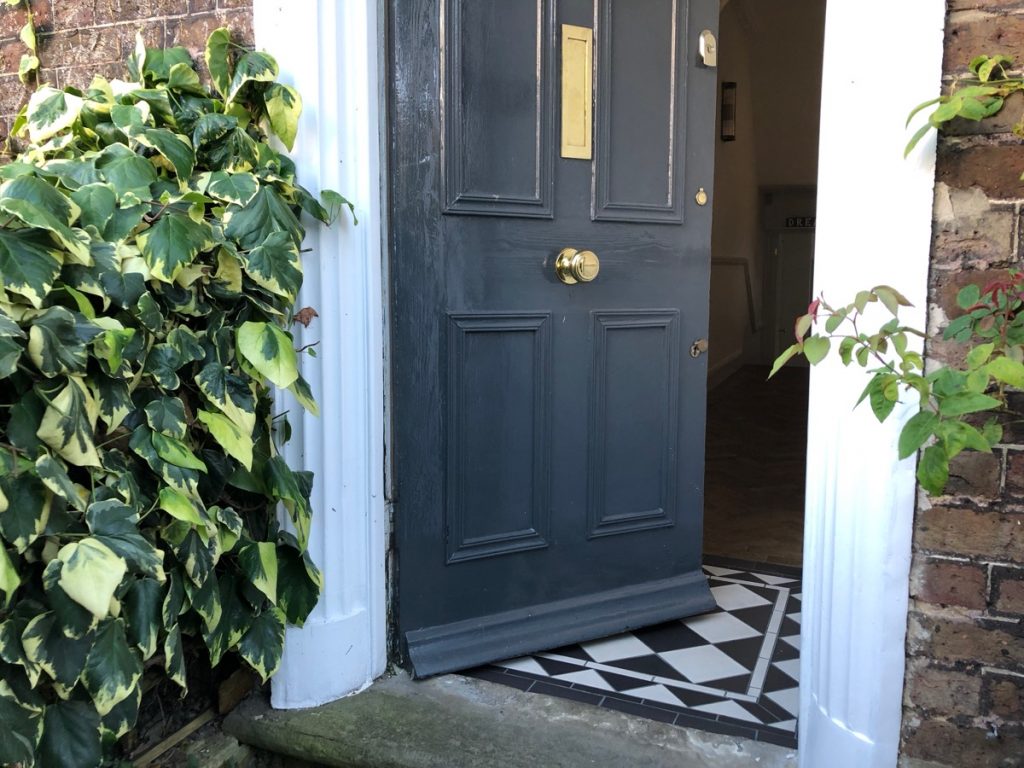 When I was planning for my own time away, I admit I was mostly focused on two things, preparation and duration.

First, I knew I needed to get everything in order before leaving. I had to delegate tasks and put things on hold, create an away message for my email, have endless conversations with as many people as I could and I still knew I couldn’t possibly cover everything that needed covering in time.

At some point, I just had to let things go and trust the people put in charge in my absence could do the job that they had. It’s a real practice and it’s not easy, but I made all the necessary preparations for taking time away.

But second, and most obvious, I focused on what I was going to do during the duration of my time away. What books did I want to read? What questions did I want to carry? What rhythms would I follow during this extra time off?

For as much attention as I gave, preparing to leave and then going away, I only gave a glancing look to an important element of my sabbatical: reentry.

How would I plan to come back?

As it went, I got lucky. I made two decisions that I think made all the difference and I promise you I stumbled into them both by accident. If you’re planning to take an extended time off or even a short time off, some version of these two things might help you as well.

The first was a half-plan for my last week of sabbatical to be a transition week. I would work but I wouldn’t tell anyone. I would plan but I wouldn’t act. I wasn’t sure if that was dumb or brilliant, but it felt right and for me, it turned out it was right.

That final week of sabbatical came with some surprises in transition that I wasn’t expecting. If there’s one thing you can count on when you’re away from your work for any amount of time really, it’s that there’s going to be some surprises when you get back even when you’re only back halfway. I didn’t realize early on how much I was going to need that in between working but not all the way working week.

It was crucial to give myself permission to take that final week off for letting my mind go into work mode even if my vacation responder was still on. It was important for me personally to make a clear decision and then put away any guilt about “wasting my sabbatical” by thinking about work that final week.

At the end of that semi-work week, I scheduled a short personal retreat. This was a last minute add-on scheduled in somewhat of a sloppy panic when I realized I was going to be returning to work soon, and I thought, “Oh, I just need one more day to really focus and think.” I scheduled an overnight retreat to completely unplug.

My friend and teacher, Keas Keasler, talks about the importance of having this kind of day take place outside of your own zip code so that’s what I did. It was a needed expression for me personally to have some time with my friend Jesus with a little bit of knowledge of what I was headed back into because I had that semi-work week already.

This was also a way to end the sabbatical experience with a short time of thanksgiving, of silence, and true physical rest. It was imperfect and I questioned my own timing while I was there. I honestly cried half the time and I still don’t fully know why, but I also trust that God often works within us things we can’t see or understand. The simple act of one final time of solitude with him was not going to be a waste.

Both of those things, a transition week and a final solitude night for closure and reflection, didn’t guarantee a smooth reentry. There were definitely still a few times I felt like the astronauts in the capsule headed toward Earth experiencing a series of car crashes during entry, descent and landing.

Reentry may not be smooth, it may not be easy, but bumps and bruises don’t mean you’re unsafe. They don’t mean you did it wrong. They may mean that you are exactly where you’re supposed to be.

This work, this calling, this invitation you have to live with God and people and coworkers and neighbors; sometimes it’s just bumpy. Time away is necessary. Reentry is tricky. But our Father is kind and nothing takes him by surprise. 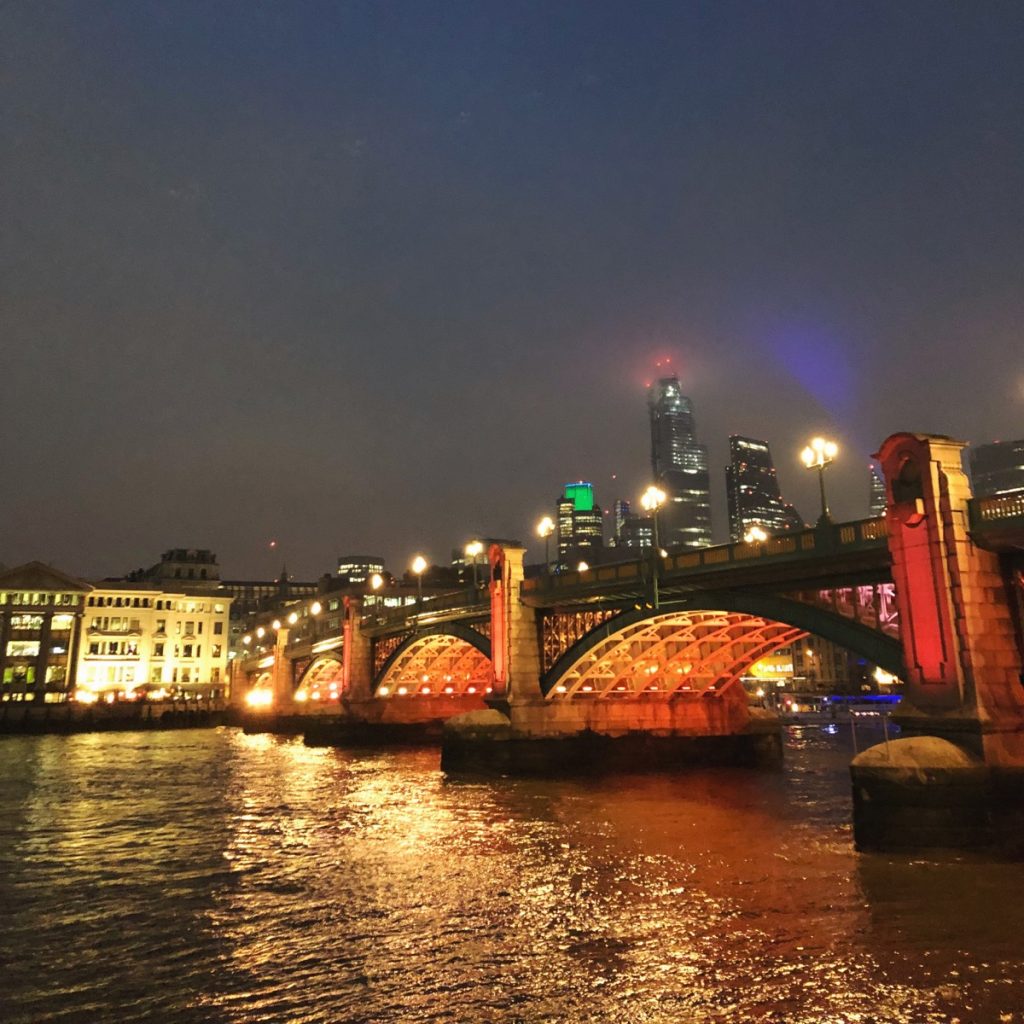 Whether you plan to take some time off in the future, have had some time off and are now planning your return, or if you simply struggle to transition from the weekend into Monday morning chaos in a way that feels life-giving, coming back with peace doesn’t mean all goes well. It means your faith is in the one who holds all things together, even when it feels like things are falling apart.

Where are you anticipating a reentry of your own?

Is there something you can do in the transition that feels life-giving to you?

In this transition, what’s God’s invitation to you?

Are you willing to carry peace with you into the next room even if the t’s aren’t crossed and the beds aren’t made and everything feels crazy?

May the love of the Father, the courage of the Son and the comfort of the Holy Spirit be with you as you continue to do your next right thing in love.

“The worst things will surely happen no matter what. That is to be understood. But beyond all our power to understand, we will have peace both in heart and in mind. We are as sure to be in trouble as the sparks fly upward, but we will also be in Christ.”

Frederick Buechner, Whistling in the Dark