One Thing Your Daughter Doesn’t Need You to Say

In the middle of a radio interview I did last week, the host decided to take calls from listeners. This happens during longer live interviews – the host greets the caller and then hands the reins of the conversation over to me. Might I pause here to point out how this practice evokes equal amounts of panic and excitement into my bones.

I panic because I have absolutely no way to prepare for what a caller might say. This isn’t a problem in normal conversation but on the radio it gets a little tricky. Because after exactly 15 seconds of listening I will be expected to have some kind of “expert” answer which stands in direct opposition to both my personality and the natural way I believe a conversation is suppose to work.

I gag. Still, I realize this is the nature of interviews like this and I accept it as part of the process while I work desperately to avoid ever trying to sound like Dr. Phil by refusing to say statements like “How’s that workin’ for ya?” and “Do you wanna be right or do you wanna be happy?”

In a way, this takes the pressure off and frees me up to be myself.

So last week when the host opened it up to callers, I got that familiar ache in my knees I always get when I am anxious and also excited. One of the first callers was a girl, a junior in high school. 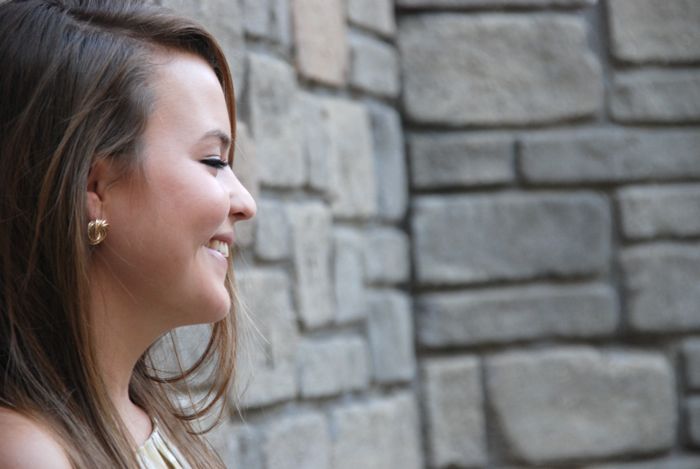 After two minutes of listening to her story, it was obvious she was a good girl – dedicated student, obedient daughter, sweet disposition, high anxiety, unrealistic expectations of herself. Her main concern was being a Christian in high school and wanting to be a good example for her friends.

But it was hard, she said, to always be a consistent one.

Then the host turned it over to me.

I made a few observations, told a story about how I could relate – I don’t think anything I said added much to the conversation in that moment, which was fine. This is the downfall of handing over the reins of conversation to an INFJ on a live call – I can usually assess the situation fairly accurately but it takes a lot of time for my observations to reach my mouth.

I tend to just want to ask a question or say, “Hmm, that’s so interesting!”

Which is decidedly not interesting on the radio.

Lucky for me, this particular radio host was deeply invested in the conversation and responded to her in an appropriate way – he told her the worst thing she could do is to try to have it all together in front of her friends.

Instead of trying so hard to be an example, just be honest. “If you struggle,” he said, “say so. If you hurt someone, apologize. Then they really will get to know you and they won’t have reason to call you a hypocrite.”

When the interview was over, I sat in my room and thought for a few more minutes about the conversation. I kept rolling her words around in my head: “I want to be an example to my friends, but sometimes it’s so hard to be a good one.”

The more I thought about her struggle, the more frustrated I got. I paced my room, made my bed with the excess energy. I thought about what the host said to her and began to think how I would put his response in my own words. 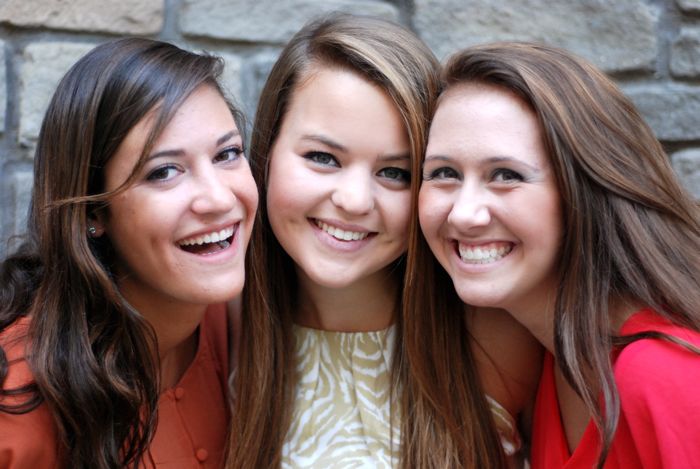 So what about being a leader and setting the example? Isn’t that a good thing? Isn’t that what parents and youth leaders tell students all the time?

The more I think about it, the more I believe this well-meaning statement is not only a manipulative way to try to control our daughters’ behavior, but can also be dangerous to their spiritual health. When we tell her to be an example, we may as well just hand her a mask right there – Here. Hide behind this. Don’t let them see you struggle.

I know that’s not what we mean. I know. But it doesn’t matter so much what we mean, it matters what she hears.

And when she hears adults tell her to be an example, she thinks that means she can never mess up, can never have problems, can never just be a teenager with struggles like everyone else.

She might then mature into a woman who believes being a Christian means having it all together, saying all the “right” things, staying a few steps above everyone else.

She may become a person people look up to, but she will never be someone they can relate to.

She may be successful at managing her behavior, but she will always struggle to manage people’s opinions.

She may have a great reputation, but her character will be clouded with bitterness and anger.

She may be a good church-goer, but she will not know how to be a good friend.

This may keep her out of trouble, but it will suffocate her soul.

But what about holiness?!  I can hear the protests now. Don’t we want her to be a light in a dark place?

Yes. But telling her to be an example won’t let her shine, it will just cause her to shrink.

She already is a light in a dark place, but here is the part most of us forget when we’re telling our teenagers to be an example:

Her light comes from Jesus, not from her awesome behavior.

Do you believe Christ himself has taken up residence within her? Do you trust him with her life – her decisions, her emotions, her relationships? Do you truly believe he goes with her wherever she goes?

When she is hurt, she can deeply feel it. When she messes up, she can own it. When she hurts someone, she can apologize. When she has doubts, she can voice them. And when she is joyful, it will be from a real place inside her, not a manufactured mask she puts on for show. 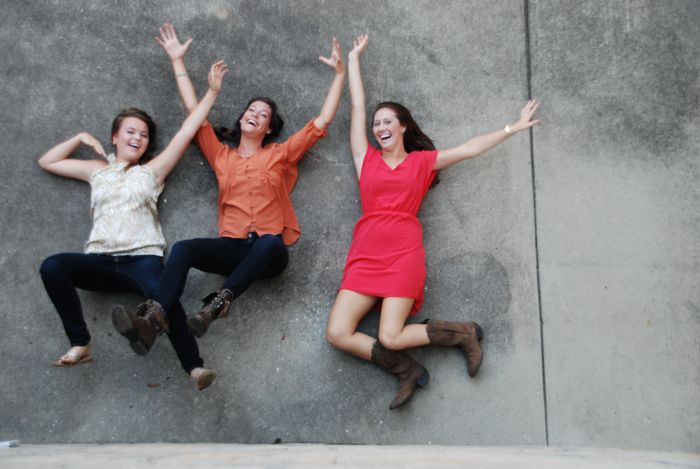 If you have a daughter graduating in a few weeks, don’t be afraid. As she packs her bags for her summer trip or her college dorm, encourage her to leave the mask behind. 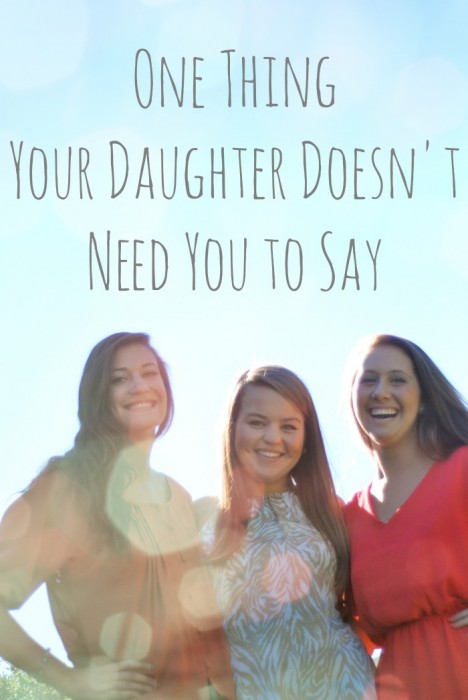 Believe Christ is in her. Believe she already has everything she needs. And for the love, don’t tell her to be an example. Free her up to be herself – a girl who has the living Christ living inside her.

Need a resource or a gift for the high school or college girl in your life? (Or, let’s face it, for your 54-year-old self?) Consider one of the two books I wrote on this very topic: Grace for the Good Girl or Graceful (For Young Women). Both books encourage women of all ages to let go of the try hard life.

UPDATE: I have written somewhat of a follow up post to this one – since I’ve shared one thing your daughter doesn’t need you to say, I thought it only appropriate to offer 12 things she might need to hear. Let’s call it part two. Ish. Thank you for reading – it is a gift to say the very least.