one task impossible to complete while watching TV

I had every good intention of finishing this weeks Artists and Influencers post while I watched the Super Bowl by myself last night. But there are three reasons why that wasn’t going to happen.

One. To finish something, you need to have actually started.

Two. My writing-something-coherent-while-watching-TV super power expired in 1995 after trying to write a paper while also watching the season premiere of 90210.

And three? It was all just a little too distracting. The Sandy Hook choir. That really tan sign language interpreter. Beyoncé and her hair. The Clydesdale and the troops and the farmers. The power outage!! 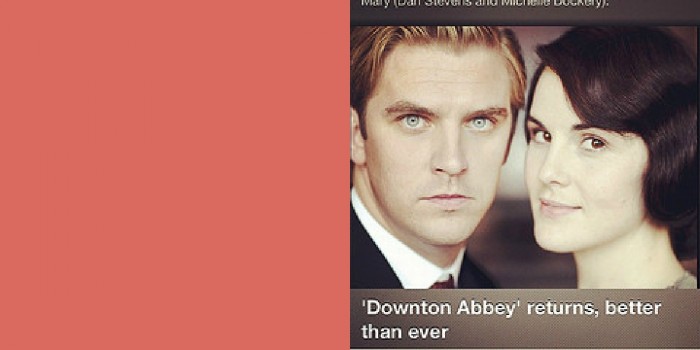 And then as if all that wasn’t enough, I go hang out at Downton Abbey for barely 15 minutes and I see on Twitter that the whole game turns *almost* around. Just so you know, by the time I switched to Downton, I had abandoned all hope of finishing an actual post.

All that to say, even though I planned this series to last only in January, I think I may extend it into February. I hope to be back next Monday with a complete Artists and Influencers post. I would say I’ll just post it tomorrow but I know I won’t so why would I say that?

In closing, I leave you with What Really Made Mary Ingalls Go Blind. Simply because, as the article says, “This is the sort of thing that is extremely interesting if you are interested in this sort of thing.”

What’s your favorite thing to do while watching TV? Mine is fold towels because towels have corners and you can fold them without actually looking at them.