One Surprising Way I Found Relief From Anxiety

Ten years ago this month, I was in the midst of the most anxiety-ridden time of my life. This isn’t something I talk about a lot, but I come from a long line of worriers – gentle, hilarious, kind, gracious worriers.

When I was younger, I worried about school starting back.

I worried about tornados.

I worried about robbers and divorce and what if our car rolled out of the driveway while we were sleeping?

We were made by the hands of a Maker to be brave, to take heart and have courage. But we get good at the things we practice, and instead of scales of courage, I played dark melodies of fear.

As I got older the worries changed to match a different stage of life, but they were always crouching  in the shadows, waiting to emerge when my guard was down. 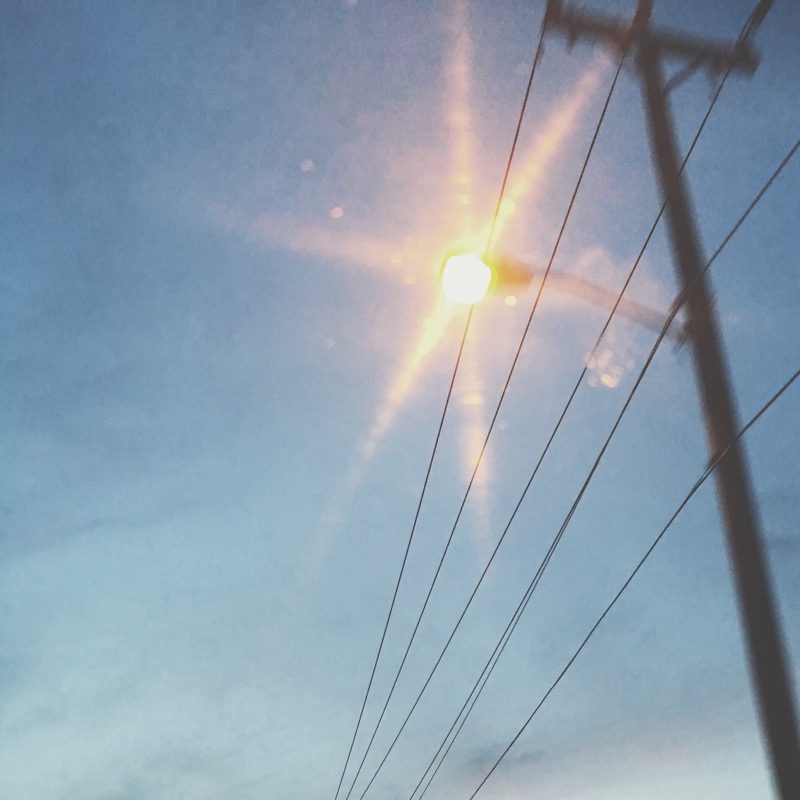 My most anxious year was when the twins were three and Luke was still a baby. It was February 2007, which I remember because I was preparing to be in a friends’ wedding that would be at the beginning of March.

It was flu season and it seemed like everywhere I turned, someone was getting sick. But I had a wedding shower to co-host and a gift to buy. While browsing the housewares section of Belk, my phone rang. It was John calling to tell me that the bride was sick but they were going ahead with the shower.

Looking back on that day now, it all seems small and almost silly. Of course they would go ahead with the shower!

But in all seriousness, I almost had a panic attack in the housewares section of Belk because I knew I would have to go to that shower no matter what. And the thought of willingly being in the same room with someone who was actively sick sent me into a tailspin of anxiety.

I’ve only had two panic attacks in my life that I know of for sure: one when I was pregnant with the twins and one shortly after our son was born and I had three babies in diapers and cribs.

But these moments in Belk came close to being the third.

The reason why this was so upsetting to me is because a lot of my anxiety during that time was tied to my fear that my kids would get sick or I would get sick and somehow it would go on and on forever and ever without relief or escape.

That’s what fear does, I’ve learned. It takes you on what seems like a one-way journey of bad possibilities and hides your eyes from the off-ramps of escape.

I had already been living with a cloud of fear and dread for months, washing my hands constantly, not sleeping well at night, hyper-vigilant about any signs of sickness in my small children.

Still, I went to the wedding shower that night and no one got sick after. (It could be because I washed my hands no less than 479 times, who knows?) But the worry and anxiety continued and I longed for the days when I could go out in public without fear of catching something.

Eventually, the contagious late winter days melted into North Carolina spring and we survived it all. 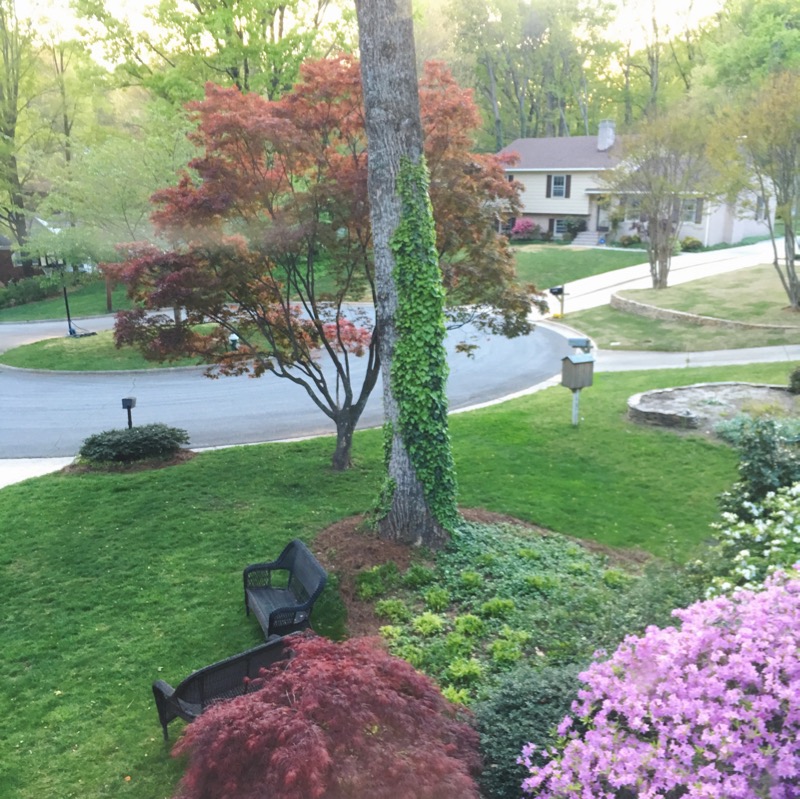 I started to get involved in our youth ministry at church by hanging out with the high school girls and listening to their conversations, hopes, struggles and fears.

The more I got to know them, the more I felt like I already knew them. On the surface, these girls’ lives looked different from mine did at their age with their Facebook and texting and skinny jeans.

But just beneath the surface I saw something in them that reflected something in me –  a drive to perform for acceptance and unbearably high expectations of themselves.

They were smiling on the outside, struggling on the inside. I was drawn to their stories and I felt compelled to engage them in conversation about this try-hard life they were living.

I decided I wanted to talk with them even more about all this so I decided to develop a weekend gathering for them. I didn’t know what I was doing, exactly, but I also knew I couldn’t not do it.

I wanted to bring them to my house for 24 hours, sit on the floor and eat chocolate and laugh and talk about the gospel, the real gospel of freedom and hope, not the one they had settled for.

And so I did. I wrote questions for conversation and journaled about what I wanted the weekend to look like. I made a plan, teamed up with some friends to help me, and we invited the girls in our youth group to join us. And they came.

We did this Good Girl Weekend several times over a couple of years for several different groups of girls. Eventually, I wrote a book proposal for a book with this message because there was so much more I wanted to say to girls like the ones in our youth group living a try-hard life. Years later that proposal became my first book.

Over all this time, the anxiety I had been struggling with began to fade. It wasn’t immediate and it wasn’t cured. But slowly, as I began to listen to what made me come alive and then found ways to offer that to others, the fear of getting sick or my kids getting sick didn’t have the power over me that it once did.

I just didn’t think about it as much any more.

I know a lot of that fear and anxiety was directly related to my stage of life and lack of sleep because I had 3 children 3 and under. I also know I am perhaps more prone to worry and anxiety because of my family history.

Of course there are all kinds of wise, healthy, recommended ways to cope with and ease anxiety including counseling, therapy, medication, diet, exercise, and so many other things that I don’t even know about because I’m not a professional in that area.

But what surprises me as I look back on my own life experience with fear and anxiety is the role that creativity played in easing it.

I have lived a lot of my life afraid. I realize now that yes, I was afraid of getting sick, of something happening to my kids, and of the unknown.

But I also know this: I was afraid of my own potential.

I was afraid of the light within.

I was afraid of desire, gumption, moxie, courage and anything else that might want to move me out of myself and into the world.

It scared me a little bit that I might not have anything to offer.

But what scared me more was that I might have a lot.

And that felt out of control.

Working with those high school girls was the beginning of something for me. It was the first small step of many toward walking in line with my calling, towards doing what I believe I’ve been called and gifted to do, of playing my one note in the symphony of believers.

These are anxiety-ridden days for a lot of us right now. Maybe you’re struggling through a grief, a loss, an unmet longing. Maybe you feel uncertainty and frustration with the government right now. I know there’s anger, injustice, conflict, and a deep desire for change.

Let’s have the courage to listen to the gentle heartbeat of our own lives and ask ourselves some honest questions:

Am I willing to do the next right thing in love?

Am I willing to admit what makes me come alive from the inside out?

Maybe something has come to mind for you as you’ve been reading these words. Maybe that idea you have had for days, months, or decades is standing on your shoulder right now, tap, tap, tapping away.

I hope you’ll listen to it.

I hope you’ll turn toward that idea with open hands and a willing heart.

I hope you know you’re not alone.

I hope you’ll remember that God can move any way He wants to in this world, but He chose to make our hearts His home. And that means the way He moves in the world is through people like us.

I hope that makes you think and gives you hope and lights a little fire in your bones.

If you have something in mind you know you’d like to say, speak, write, teach or advocate for I’d love to help. I’ve created a *free* resource to help you get started.

Want help with the next step? I created an online course, Create + Complete where I help you take that idea you have and finish a project that matters. If you’ve been carrying around a spark of an idea but need help to see it through, join the Wait List. We will let you know when Create + Complete opens for enrollment.