on buying books and hearing voices

Book fair day used to be my absolute favorite day of the school year. Well, aside from Grandparents Day when the cafeteria would serve turkey manhatten, a dish I later learned was just a slab of turkey over … wait for it … white bread with brown gravy poured on top.

But the book fair? Oh the heavenly day. All those friends! Waiting to tell me their stories. 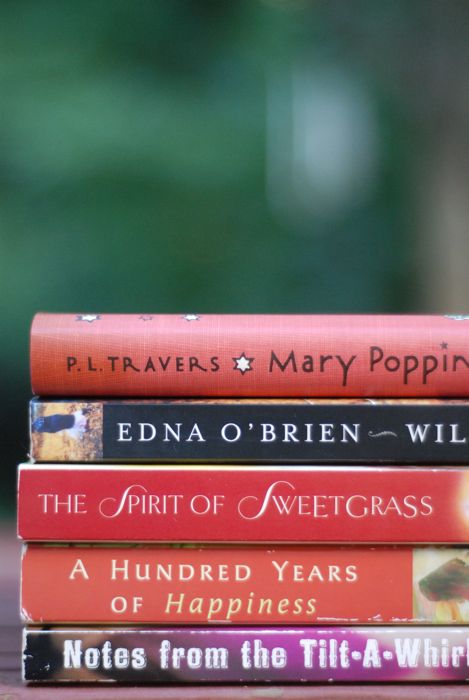 This year one of my not-very-big-deal-but-kind-of goals is to become more of a borrower. I don’t buy a lot of books as it is, but I want to buy even less of them and just use the library.

But there are a lot of books I want to read this summer. And some of them I’m in line for at the library and that is very inconveninet for me and my book list and my big self.

Last week as I was talking about books, someone said, “Have you been to Ollies? They have lots of cheap books.” So I’m all, oh good I can go there and peruse a whole store worth of books. How is it that I haven’t heard of this most wonderful book discount store with all of the books with their chapters and their spines! What joy!

But when we get there, there is an old man cartoon fellow painted on the outside of the store and also they are advertising 30 percent off washers. And also dryers.

They have patio furniture and groceries. But that does not a Target make, let me just tell you.

I would have left right then but I already told the kids I’d buy them a cheap book and I happened to notice a tiny sign also advertising discount books so in we went.

Well. It turns out Ollies does actually have some books. Only a few aisles worth, but enough to be slightly impressive. I bought some, including three that were on my list. It felt like a win.

I bought Notes from the Tilt-a-Whirl for $3. Also The Spirit of Sweetgrass and A Hundred Years of Happiness, both by Nicole Seitz. (She painted the pictures on the covers of her books, which I happen to think is awesome).

I’ve wanted to read one of her books ever since I heard a recording of the talk she gave at She Speaks last year on writing fiction. The Spirit of Sweetgrass was her first novel that, she said, came to her like a script when the main character began talking to her. So I wanted to see what this character had to say, what with Nicole being a young white woman and the character being a 78-year-old sweetgrass basket weaver.

Characters talk to me sometimes, too, not gonna lie. They more spit at me, actually. Not in a rude way, more like their words come out short and thin. They don’t actually say much at all. Instead, they peek out from behind the oaks and sit next to me when I least expect to meet them. I can go months without thinking of them at all, and then I smell honeysuckle in my backyard and the air turns a desperate shade of green and I have to find my laptop before I forget what they say.

I have no intention of anyone ever reading what they say, but it’s fun to write it down anyway. Maybe everybody has a little fiction in them? Or maybe I am just a little bit crazy.

I cannot believe I’m telling you this.

But guess what? I have a lot of writing to do. A lot. Of writing. I know I only post a few times a week here on the blog, but I’m gearing up for the release of Graceful in September and, even though the book is complete, the release calls for some extra writing in the form of articles and study guides and such. Also extra thinking. And a few sleepless nights like this one.

And when Emily has a sleepless night? You get posts like this. 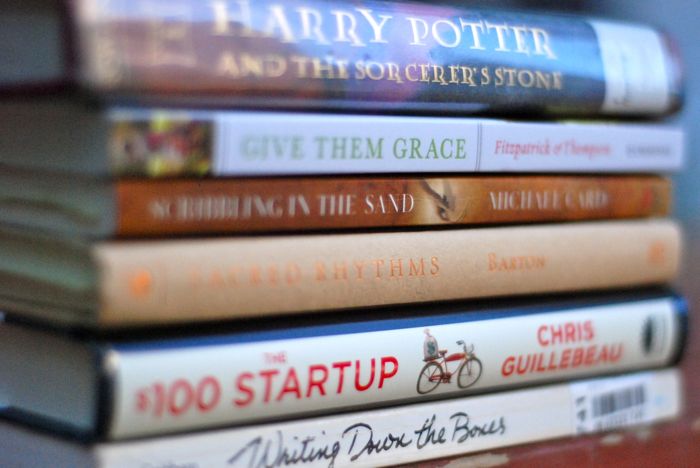 Here are the other books on my summer reading list, a list I clearly need to extend into fall and winter:

Is there anything keeping you up at night these days? Any books on your summer list you want to share?