There is No Wrong Way to Grieve

Around here it’s the beginning of summer, longer days stretching out toward the summer solstice. Truth is, I’m mildly obsessed with marking both the longest night in December as well as the longest day in June.

The way the world tilts, turns, and rotates on a predictable rhythm we can measure and count on year after year is equal parts comforting and mysterious to me. It deepens my faith at the same time it introduces big questions.

Maybe part of my fascination is the rhythm God built into creation around us is mirrored within us: in birth, in life, in death, in our hellos, goodbyes, our joys, our sorrows, and in the inhale and exhale that sustain us.

While we know death is part of life and will come to all of us eventually, built into time, woven within the fabric of how things work, still. When it comes we’re never ready for it, a reminder that even though this is how things are, it wasn’t supposed to be this way.

When talking about making decisions and making a life, I would be remiss if I never talked a bit about the death that comes along with it; the grief that descends as a permanent part of our rhythm of life, coloring everything, reshaping the narrative, changing us in ways we would never ask for but there it is anyway.

This week what I have to offer you in our short time together is a simple reflection about how death changes every part of life, including our ability to do our next right thing.

This summer marks 20 years since the plane crash that took the life of John F. Kennedy Jr., his wife Carolyn Bessette Kennedy, and her sister Lauren. I still remember where I was when I first heard the news that their plane was missing.

We were on vacation with John’s family at the time – he and I were only dating but they invited me to come along on their annual beach trip. A family friend called down the news to us from the balcony above as we hung out by the pool. 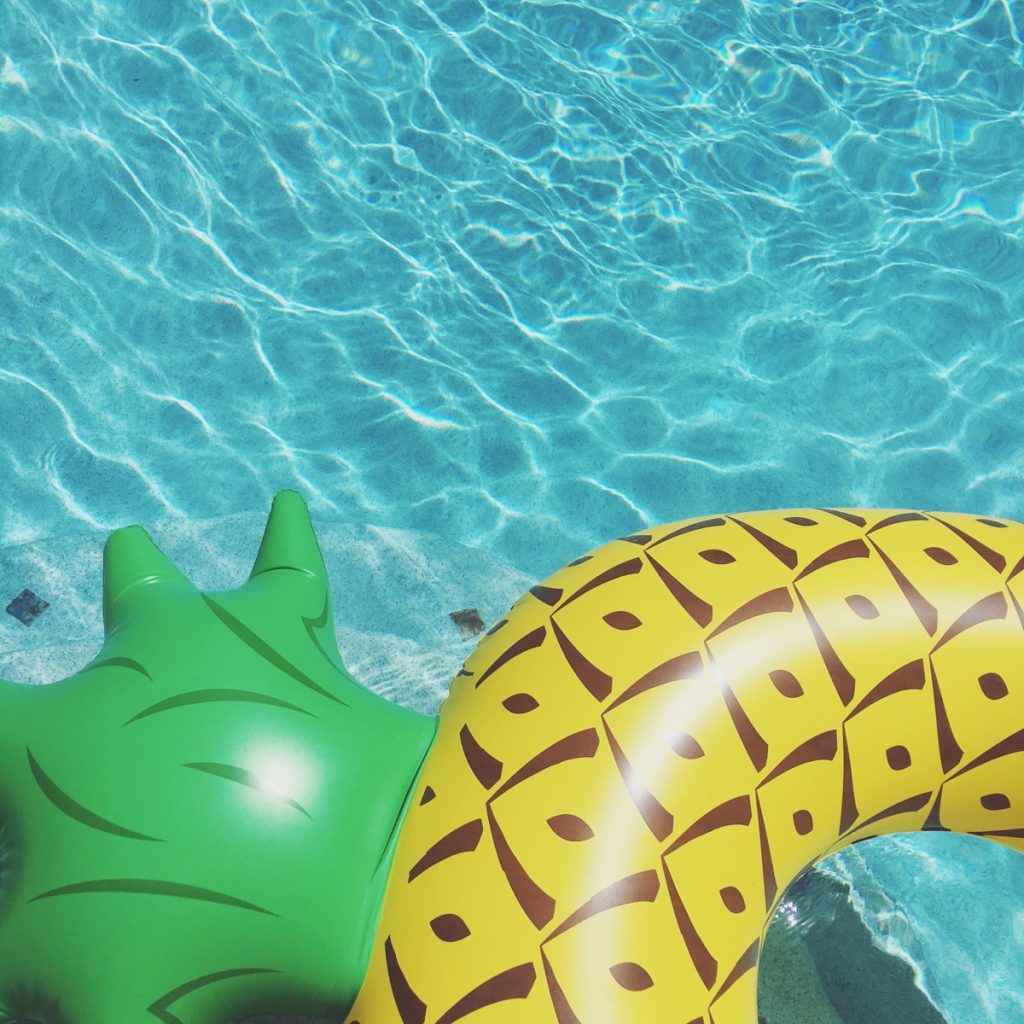 That week we kept the TV on more often than normal, watching as the terrible news unfolded. We didn’t know John, Carolyn, or Lauren. But we were compelled to keep the TV on, to hold space for the news when it came, however bad the news was to be.

One memory that stands out distinctly in my mind about that week is one night we went to a crab shack on the island. The news had reported at that time the plane was missing but it was not yet found and though all signs pointed to a plane crash, nothing was confirmed.

It is so hard to explain the respectful hush that was over that restaurant that night as if everyone was staring at this one waitress. I know it sounds crazy to say it, but at the time it seemed a little bit possible because I wondered maybe they were so sick of the paparazzi that they decided to disappear. Maybe they chose to go undercover and move to a tiny island off the coast of South Carolina. Maybe she’s working in this crab shack because it’s the last place anyone would look. Again, it sounds crazy but at the time, I still thought it. What if that is her?

The mind does weird things in the face of devastating tragedy. Even when we don’t know the person.

How much more, I wonder, do our minds play tricks when we lose someone we know and love?

A few days after Prince died in April of 2016, I read an article on Entertainment Weekly about actor Will Smith’s reaction to the news. He said, “I am stunned and heartbroken. I just spoke with him last night.”

When I was in college, one of my high school girlfriends died in a car accident on her way to the beach. I remember exactly where I was when I got the phone call (on my parents’ deck laying in the sun) and I remember exactly what I was reading, Max Lucado’s No Wonder They Call Him the Savior.

My friend Summer was on the phone and I could tell from her voice that whatever she had to tell me was going to be terrible news. Just say it, I heard myself spit out those words in a voice I didn’t even recognize. I never spoke to her this way, but I knew she didn’t want to say the words. But she had to say them. 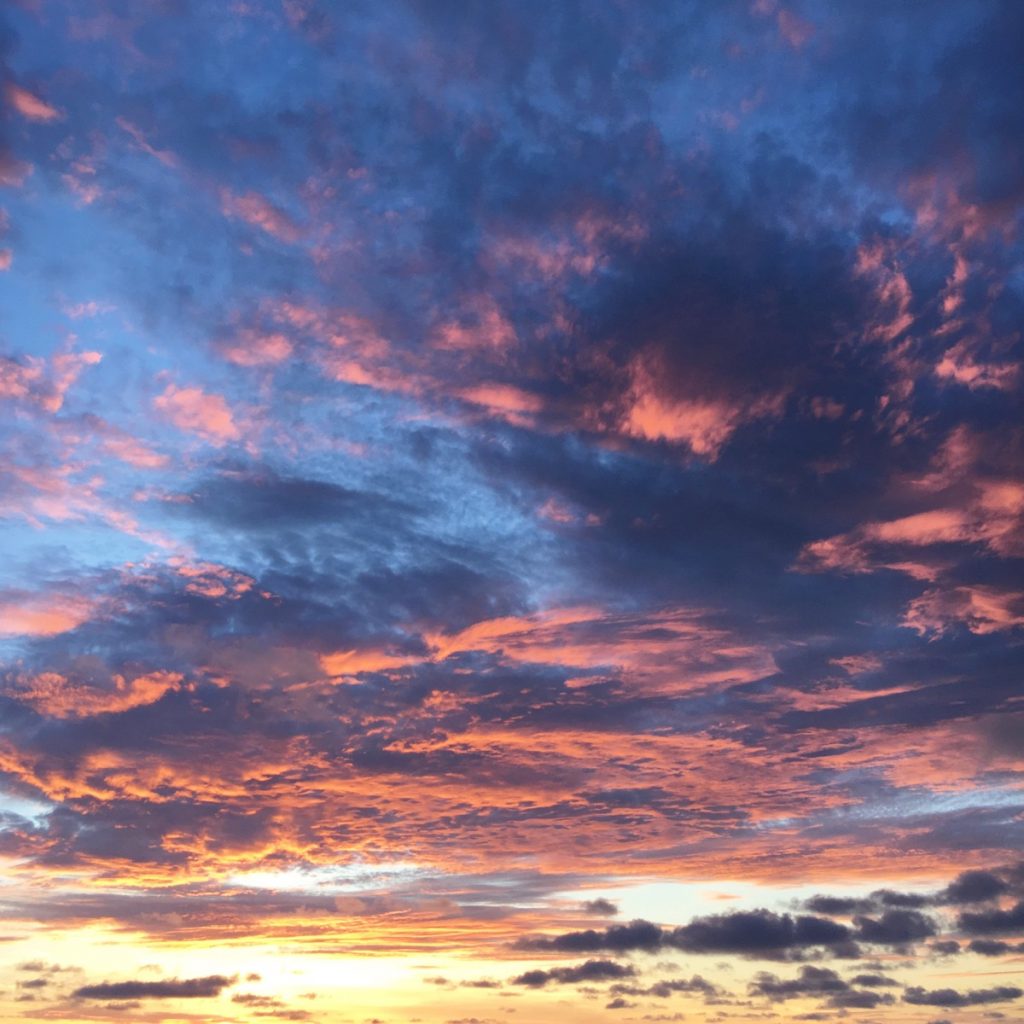 It was heartbreaking and heavy and the worst kind of sad. But the part that made it impossible to believe was we had just seen her a few weeks before that. It was on her wedding day, yes, she got married very young. She was the first one of our friends to get married and our high school group of friends all went back and served at the wedding – passing out programs or something like that, I can’t remember.

But we had just gathered. We had just celebrated and laughed and shared memories and stared at each other in total disbelief because could it be possible we were old enough to get married now?! (One could argue we weren’t old enough, but that’s for another conversation)

It would have been a different kind of hard if it had been years since I’d seen Brandy. As it was, we gathered in the church to grieve her loss only weeks after we had gathered in the same place to celebrate her marriage.

Today, over 20 years later, I sometimes still can’t believe she isn’t here.  Joan Didion writes in her book, The Year of Magical Thinking where she reflects on the sudden death of her husband and says “How could this have happened when everything was normal?”

Because that’s part of this whole thing. It’s the ordinariness that surrounds the loss, the regular day stuff that was happening right before tragedy. They were going to a wedding, she was driving to the beach, he was talking on the phone just last night.

The first thing we try to piece together when someone dies is that last interaction we had with him, the last time we saw her face, the last words we exchanged. It seems the more recently you’ve seen a person alive, the more difficult it is to believe that they’re gone.

So the first thing we often say is, but I just saw her. Will Smith’s response to hearing the news of his friend’s death rings so familiar. But I just spoke with him last night.

Our brains try to reason with reality. This person can’t be gone because they were just talking to me yesterday. We aren’t accustomed to not being able to trust our eyes and our ears. Our eyes and ears say they were just right there.

Of course, the grieving will come. But that initial reality of realizing we stand in the after and everything has changed even though we haven’t moved. We need space for our minds to catch up to this reality.

This past weekend, the friends and family of author Rachel Held Evans gathered in Tennessee to say their final goodbyes. Graciously, her family allowed the funeral to be live-streamed online so Rachel’s friends and readers could watch from home all around the world. I watched too, from the beginning until the end, listened as her friends and family read the liturgy, read from Scripture, and told stories in remembrance of her. 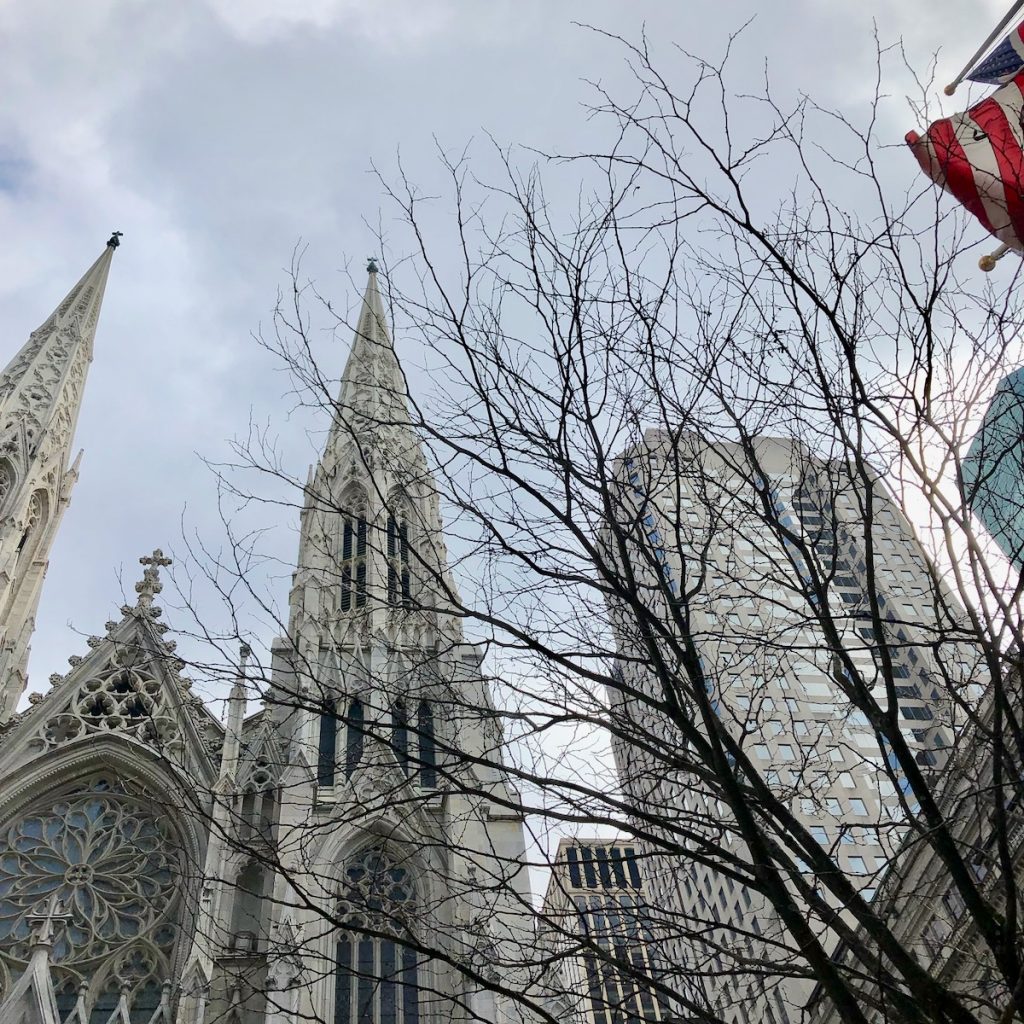 I found myself joining in on the responsive readings even though I wasn’t in the room, passing the peace along in my heart, reciting the Apostles Creed, whispering thanks be to God.

This wasn’t because she was a personal friend of mine (she wasn’t) and it wasn’t because I was a diligent reader of all of her writing (I wasn’t, though I did read her blog over the years and her courage and conviction still instructs me to this day). Still, I felt compelled to hold that space on Saturday afternoon – to honor her life as those close to her grieved her death. I felt compelled to stand vigil, to bear witness, and to honor her life even if from a distance.

But I know those close to her don’t have the luxury of distance. And in my own life when I’ve lost those close to me, I haven’t had that luxury either.

If you are walking through the loss of someone dear to you or someone you only admired from a distance, its okay to hold space for it. That might mean staring out a window, or it could mean going for a run. The holding might be active and celebratory or it could be silent and still. It all counts. However, you work through the loss and the sadness counts.

There is no wrong way to grieve. 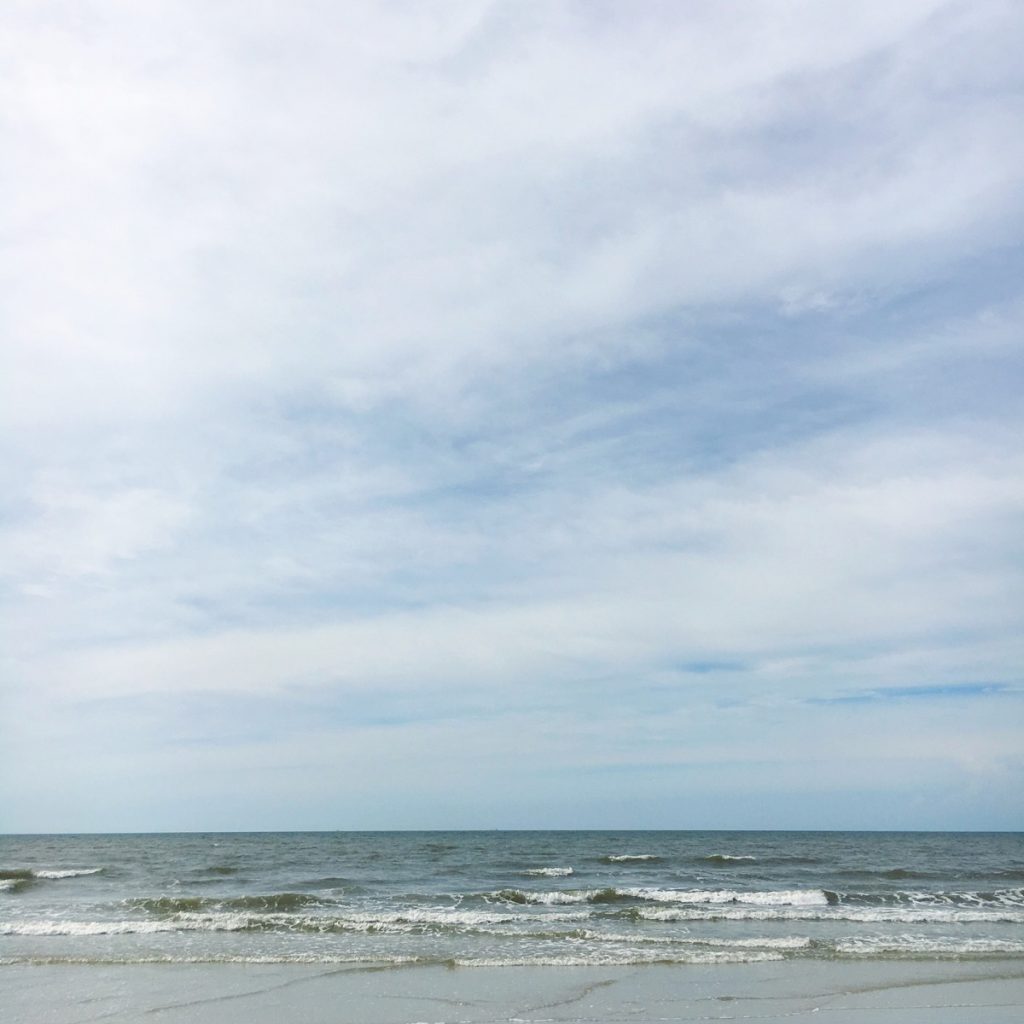 Here at the beginning of June, while the grocery stores have sales on sunscreen and floaties, while the neighborhood pools blast the Oldies station, while families pack their vans for the beach and swim teams gear up for their nighttime meets, while college students start internships and children run through backyard sprinklers, beneath all of this, there are so many who are carrying loss.

Whether it’s the new grief of a close friend or family member who died too soon and suddenly, or if it’s a more familiar grief woken up because of an anniversary, conversation, or for no known reason at all, still. Here you are carrying a deep sadness even in the middle of a warm summer day.

Be kind to yourself.

Resist the urge to measure your handling of grief against a standard you’ve created in your head or one that someone else has created for you – like you should be over it by now, or you should be less sad or sadder or anything other than what you most plainly are.

You have this moment and perhaps your next right thing is to receive it for exactly what it is.

If you have lost someone close to you, especially if you’ve seen them recently, I don’t have any good words to share, not really.

The only thing I can offer is my own experience and the knowing of Christ even in the midst of the unknowing of anything else.

And if you know someone who is experiencing loss, have patience. They are learning how to navigate a world where their senses can’t always be trusted, where their mind plays weird tricks, where a fast-fading memory is all they have left and they need all their current energy to hold on to it as best they can.

May Christ comfort you who are standing in the gap of this before and after. As you slowly begin to convince your senses of how things are now, may you discover a new way of seeing that perhaps you didn’t expect.

May this inability to trust your senses lead to a new understanding of the kingdom of God – that seeing isn’t the only reality and love isn’t limited to earth.

May the Father be your sustainer, the Son be your defender, and the Spirit be your comforter as you relearn what it means to simply do your next right thing in love.

“Grief is like a long valley, a winding valley where any bend may reveal a totally new landscape.”