when the mystery becomes my home

“Expectations are our subtle attempts to control God and manipulate mystery.” Fil Anderson

I spent last weekend at The Cove in Asheville, serving the Renovaré community alongside Fil Anderson and Nathan Foster. I came away with a lot more than I offered, and these 11 words Fil said on our first night together have been rolling around in my mind ever since. 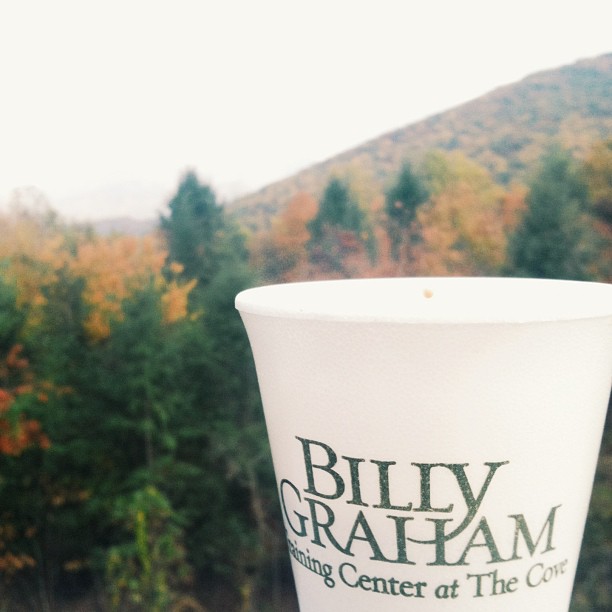 Don’t ask me to interpret them for you because I can’t. Maybe that’s the point?

But blog posts aren’t necessarily for completed ideas, so I offer you my partial ones this morning.

I’ve been reading in Matthew 11, not the lovely verses at the end we love so much – Come to me, all you who are weary. Rather I’ve been reading the beginning, the part where a jailed John the Baptist questions Jesus, sending a message through his disciples: Are you the Expected One, or shall we look for someone else?

I tear up every time I read his question.

It doesn’t seem to me that John the Baptist is angry or suspicious here. As I read it, it just seems like he is feeling tired, lonely, and small.

How Jesus responds to John’s question feels important to me.

He doesn’t get angry or become defensive. He doesn’t reprimand him here for lack of faith. Instead, he simply tells the disciples to listen, look, and then tell John what they observe – blind people see, lame people walk, deaf people hear, sick people are made well. As John’s disciples walk away to report back, Jesus turns to the crowd and begins to talk about John.

Truly I say to you, among those born of women there has not arisen anyone greater than John the Baptist.

Reading Jesus say that about his friend, John, makes me cry.

At dinner last night, our youngest reads a riddle with the world journey in it. I ask him if he knows what it means and he says no.

His older sister speaks up, ready with a definition. “It means to go on a journey.”

I challenge her to define the word without actually using the word in the definition. She has a hard time coming up with a different answer.

Going to Jesus when you doubt Jesus seems kind of like using a word in its own definition. Why would you ask someone you doubt to confirm the thing you doubt? Shouldn’t you go to a different source?

Are you the Expected One or shall we look for someone else? If John didn’t think Jesus was the one they had been waiting for, it doesn’t seem to me he would go to Jesus to confirm it.

This morning when I came downstairs, I walked through the living room where my John sat on his corner of the sofa, blanket on legs, bible on lap. It’s the same every morning.

I smiled at him on my way to the kitchen, came back to the living room and sat down next to him, only half awake.

“I have an image of where we are right now. Want to hear it?”

Of course I do.

He began to describe how he feels like we are looking over the shoulder of  a painter, watching him work. We know the artist has in mind a fuller picture, but all we see is a vague vision.

We see the canvas is a rectangle, we see the strokes are light, we see there are blues and greens rather than reds. But we see only in part.

Ever since John left his job, we have had a vague vision of what is to come. And when I say vague, I mean first-layer-of-paint-on-a-canvas vague. I mean puzzle-pieces-without-the-picture-on-the-box vague. I mean vague vague.

As I make space to settle in to what is most true, as I reject all sense of urgency, as I remember who I am and who Christ is in me, vague is becoming okay with me. My own expectations of what I need to know in order to believe are changing. The vague vision is beginning to feel like home, not in a comfortable or predicatble way. Maybe not even in a familiar way. More in a where else would we go? kind of way.

I don’t know any other way to say it – I am more at peace with what I don’t know than I have ever been before.

I feel most fully myself when I walk together with John into the mystery, when I release my tight hold on the way I think things should be and instead embrace Christ as I know him to be in this moment.