I went on the women’s retreat with my church this weekend. It was crazy bad timing…one kid had pink eye, the man was to leave town right when I got back, we are moving in a week. You know. Life is happening. If I hadn’t already paid for it, I may not have gone.

Besides that, I was asked to officially be the unofficial photographer for the weekend. Which is kind of obscure and intimidating. I’m not so crazy about taking photos of people I don’t know and it just wouldn’t be cool to have 200 pictures of the women in my small group. Who, by the way, were awesome. 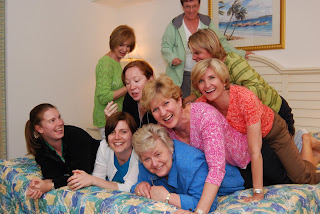 Here they are, posing for a group photo. Women get crazy when we are together for a whole weekend at the beach with no men or children. Or laundry. As you can see, it was easy to get some good shots of this group. My concern was getting enough shots of the women I don’t know.

One opportunity came Saturday afternoon while hanging on the beach with a friend. I noticed some women from our group that I hadn’t gotten photos of yet. 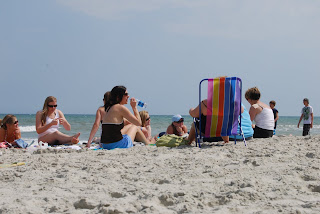 They were relaxing, talking, bathing in the sun near us. I hated to do the whole Hey y’all! I know you don’t really know me that well, but don’t you want to pose for my camera in your bathing suits? I thought the best I would get would be a couple of half-hearted smiles and a lot of groaning.

This is what I got instead. 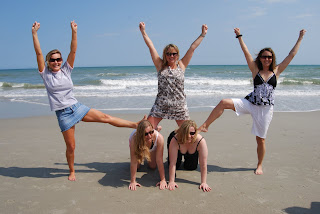 I’ve never seen women jump up so fast. They were like middle schoolers. 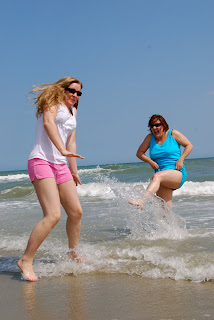 They not only posed, they ran to the water to give me fun, action shots. It was awesome. Then, they did this. 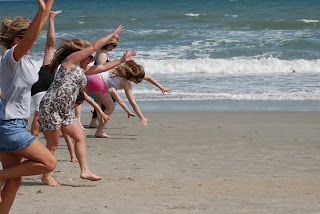 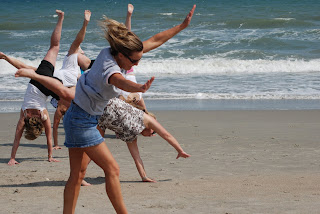 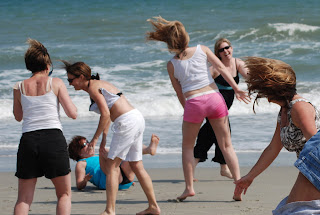 I don’t think some of them have done a cartwheel in years. There were a couple more frames in the middle, but they aren’t the most family friendly shots if you know what I mean.

I had to share these, as it has had me laughing for a couple of days now. I just love how, when we are removed from the everyday, we give ourselves permission to be ridiculous and silly.