motherhood for the introvert 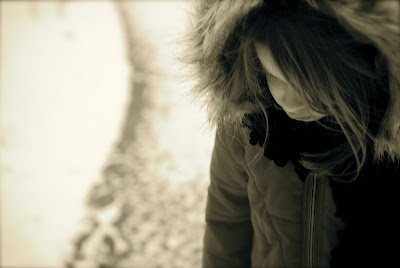 Shy was the word used to describe me in elementary school. That, and the girl with the freakishly skinny wrists. But then my family moved from the only town I had ever known to a new town several states away. Suddenly, my need for friends and fun outweighed the fear, and my life as a social butterfly began in full force.

That move was a turning point for me. I had lots of friends and I liked it that way. I wanted to be with people and always know what was going on. Still, I craved alone time but often skipped it for fear of missing out. As a result, whenever I took personality tests through high school and college, I was always pegged an extrovert. That is how I saw myself.

Years later, after I had children, I realize the truth: I am an introvert. People who know me in real life are sometimes surprised to hear that. I wouldn’t call myself an extreme introvert, but I think I am returning to my kindergarten roots in a way. I’m no longer shy with people, but my energy is found only after time alone. The pressures of motherhood smoked the introvert right out of me.

Lately I’ve been thinking about parenting and personality. Sometimes it feels like I will explode from the inside if I don’t have the opportunity to just be. Alone. Without the chatter. A girl needs time to do important introverty things like stare out the window, sit for no reason, or write bad first drafts without an agenda.

But having three small children at home does not allow for such luxuries a lot of the time. Instead, I improvise. I find little ways and crazy times to squeeze in the quiet.

How does your personality effect your parenting? What are some things you have discovered to help you maintain the balance between being who you are and being who those little ones need you to be?