making the most of creative time

You run from school to store to post office and finally back again. And when you get home, you realize you finally have hours to yourself. Hours. This does not happen often. There are many things you could do, many task-y important-ish things. But you long for more, to touch the invisible face of inspiration in some new and different way you haven’t quite been able to yet. You want to make the beautiful.

So here you are, Time finally looking happily your way, stretching out next to you with his hands tucked lazy behind his head. And you watch as he turns his face up to the sky, eyes closed to the warm sun, and asks what you’ll do with all of his present attention. You’re so baffled that he’s come, so amazed that you actually have the time to do something that all you can do is sit next to him in wonder. 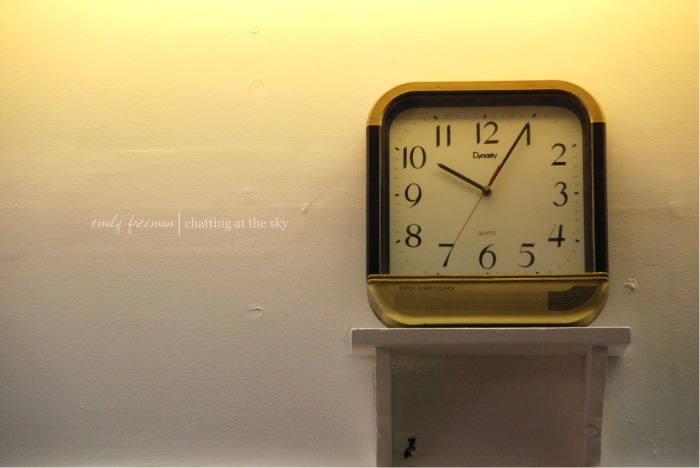 Those of us who have been creating for any amount of time have read the books and know the ropes on how to maximize our environments for creativity. If you want to create something new, don’t check your incoming while you’re trying to do it. (shut off email, Facebook, twitter and the like.) Don’t try to be an editor and a creator at the same time. Refuse to be your own interruption. Fight the resistance. Quiet the inner critics. Write like a mad woman.

But what about when you do all these things, you’ve set the environment up just right, and still you are met with an impenetrable wall of discouragement? Yesterday I was sure my creative days were over and any chance of me ever having anything worth saying again was not only lost but killed flat dead on the ground, limp and lifeless and puny. You know how that goes. When you long for time to write or create, you have exactly 47 billion things to say. And then when the time finally comes, you sit and push out all distractions and you got…nothing. Again, it isn’t that I didn’t have any work to do. I have plenty. But my galleys for book number two won’t arrive until next week and a few other things I have going are at a stopping place for now. 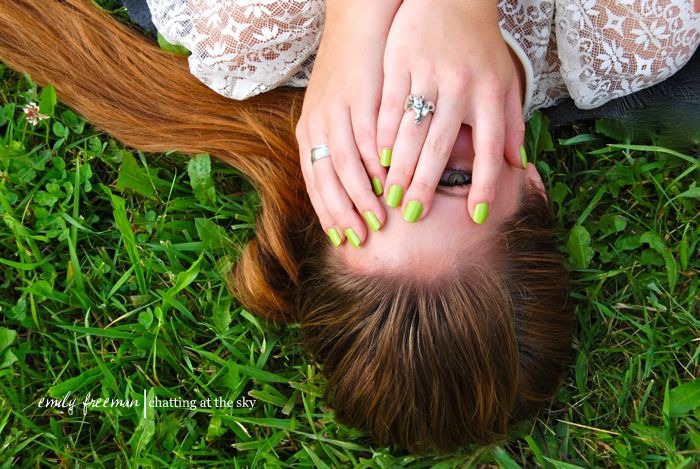 There is so much talk of productivity, of focus and make your art! and don’t waste time! There is pressure, and not a small dose of it, to take the time you have been given and make the most of it. Or find the time you don’t have and beat it into submission. I have done this. I know how to boss time around. I know how to do the work.

But maybe it isn’t a bad thing to let yourself lay back on the wide green earth with Time by your side, stare up at the same bright sky, and let yourself be. There is every temptation to strangle him into productivity and make him work for you since you have so much of him right there. But some days he doesn’t bend easily. You might do well to relax and give up the fight. And to reconsider what make the most of it means anyway.