When we bought our house almost nine years ago, there was a several month period where we owned it but hadn’t moved in yet. We had some renovations to complete. For example, the master bedroom had pink walls with purple trim and the living room walls were covered in floor to ceiling mirrors. 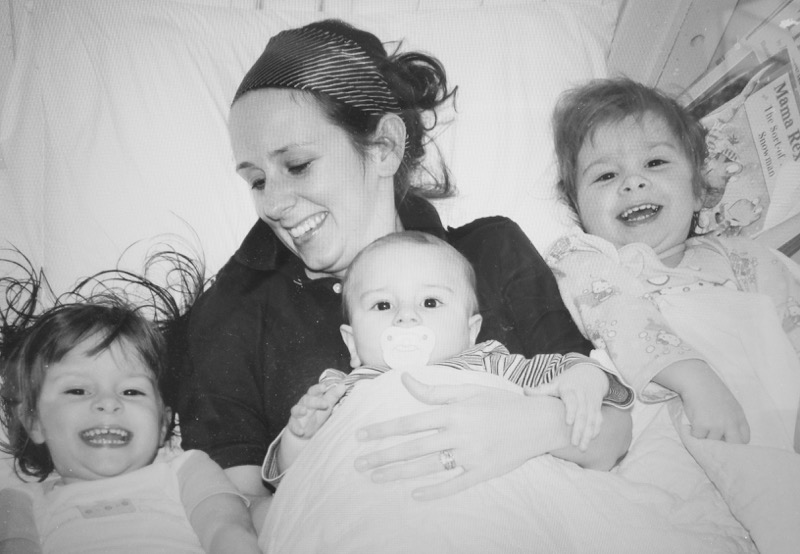 We bought the house even though Carol Brady would have called it dated simply because we had a vision for what it could be.

The twins had just turned four at that time, their baby brother not yet two. During those months of renovation, I would stop by the house to walk through it alone in the early morning hours. I was smitten with how the sunroom lit up with hope between 7 and 8 am. 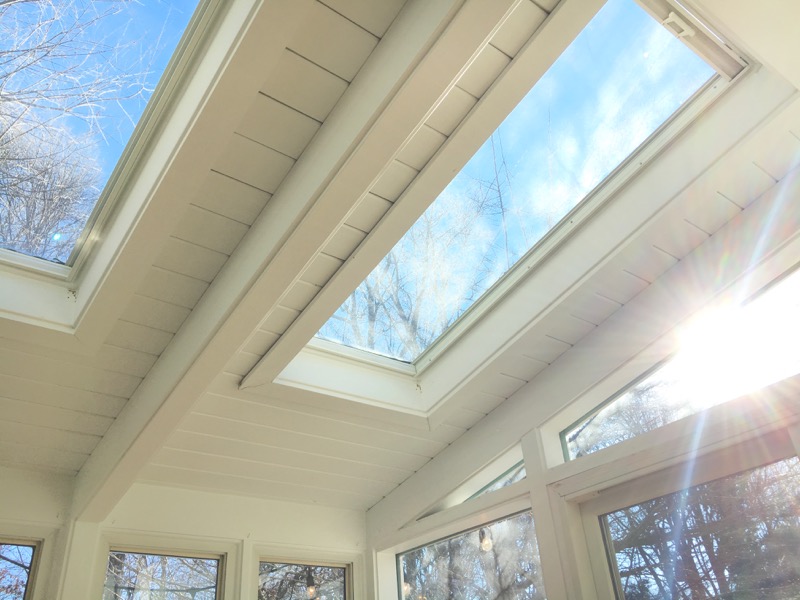 Leaning against the door jam in one of the upstairs bedrooms, I liked the way the light lay in long lines on the hardwood floor. I could imagine that floor littered with colorful plastic toys, soft loveys, and board books.

We hadn’t moved in, the walls weren’t painted, and the house wasn’t finished yet.

Still, I could see it even though I couldn’t see it.

For over a year now, I’ve had an idea for a project but I haven’t done it yet.

It’s not for lack of motivation or conviction that the thing ought to be done. But I’ve had this unequivocal sense that I need to wait on it, like a hand is stretched out in front of me.

The image isn’t one of a policeman saying Stop, you aren’t allowed to go yet.

It’s more like one of a mom who hit the brakes too hard at the stoplight and her arm instinctively stretches across the passenger seat.

It’s not clear as to why. 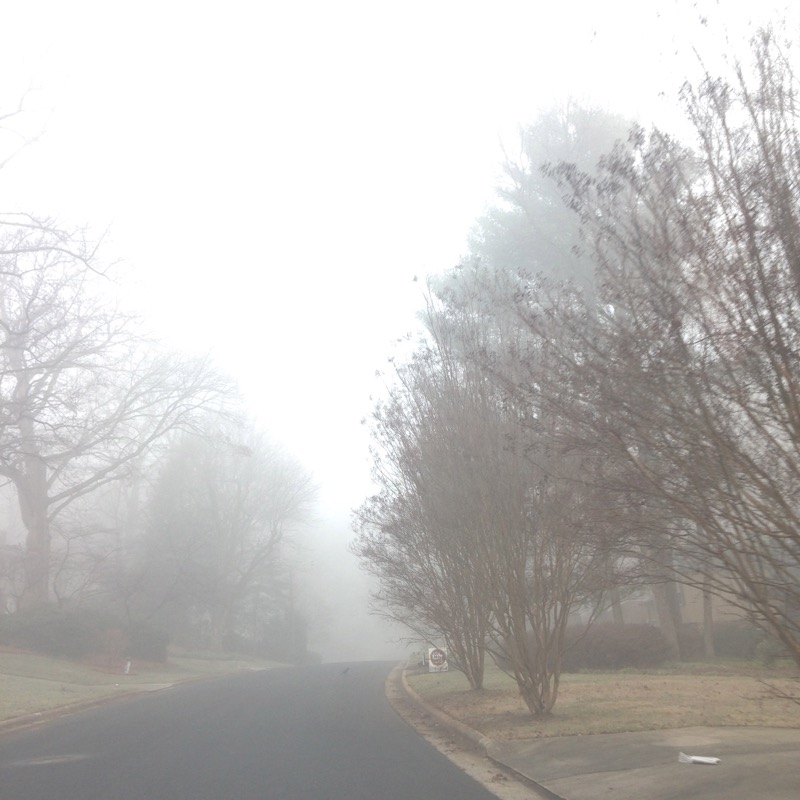 I’ve walked through all the familiar stages of a new project with this idea. I’ve talked about it, prayed about it, written down notes as ideas come to me, and paid attention to the world around me and the world within me as it relates to the subject matter.

But I haven’t actually started in on the project yet. And the past few days it’s started to bother me.

Am I being lazy? Am I procrastinating? Am I scared? Intimidated? Do I just not know how to begin this one?

Then the doubting starts to come in, the wondering if maybe this project isn’t to be done after all, maybe I have it all wrong or partially wrong or wrong enough to keep me from moving on it.

When the next steps are unclear, doubt is often the most logical conclusion.

Maybe I don’t know how to hear God’s voice after all. Maybe all this is just my idea.

Many times we’re looking for guidance somewhere out there – a sign, a word, an encouragement, a conversation.

And while I know God can speak and will speak in any or maybe all of those ways, the most regular way he speaks to me is the one I have most often dismissed.

Through the voice that comes from within.

But here’s the thing I realized this morning: I’m finally learning to trust that voice.

It’s true, I started to have those thoughts of doubt and questioning. But though they still showed up, this time they didn’t sit down.

They didn’t linger because they weren’t welcome.

Instead, they passed on through so I could make way for those who are truly invited to inhabit the deep places in my soul: thoughts of courage, hope, and belief.

I’m learning that still, small voice isn’t the voice of age or wisdom or confidence.

Those things come as a result of listening to the voice, to be sure.

But they are not the source.

That still, small voice is the voice of God as he is united with me in the deepest part of who I am. He often speaks in such a regular and familiar way that it’s almost too normal to point out.

We look for fireworks or signals or confirmation from somewhere other-than us. But he keeps on reminding us that he has made our heart his home. And that’s the place from where he’ll make his voice heard.

And so I have a project that’s been living in my bones and I would like to complete it. Several projects, actually.

I can see them all, I know what they are to be, what purpose I think they are made to serve as I listen to my life and the Spirit’s heartbeat

In the past I would have an idea and fairly soon after that, I get to work.

The vision grows as the work is done.

This time, though, the vision has been growing but the work isn’t done at all.

It’s not happened for me in this order before.

I can see it even though I can’t see it.

And I’m not sure what to do with that right now. I’m not used to holding so much in my heart all at once without being able to move on it.

It can be confusing because so much of the rhetoric around creative work is that if you have an idea but aren’t acting on it, then it means you’re nursing some brand of fear, insecurity, or immaturity. Put your head down, drink more coffee, and get to work!

But what about the work that grows slowly?

What about the ideas that take years to form?

The ministry that needs darkness and time to bury its roots down deep into you?

The book that only wants to drip out of you, one slow word at a time?

The business that requires an un-rushed foundation?

Is the vision strong enough to carry our soul through the foggy right now?

If it’s not, are we willing to listen to the still, small voice and believe it’s telling the truth?

Can we hold on to our faith while we wait?

“The spirit of man is the candle of the Lord, searching all the inward parts of the belly.”

If you walk too fast with a candle in your hands, the flame will blink right out. You have to take slow, measured steps, maybe even block the candle from the wind as you go.

So for now, I’ll walk slowly with the flame still lit and continue to ask my friend Jesus about the next step. I’ll believe he lives within me and speaks, even now, through his Word, his people, and my own deepest desires as I confess them in his presence.

Almost nine years later, we’ve built our lives within the painted walls of this house and all those visions I had back then have become our reality.

That bedroom floor went from being cluttered with colorful plastic toys to Barbie dolls to hot wheels then nail polish and now drumsticks and a thousand mismatched pairs of Nike elite basketball socks.

It’s a slow work, building a life. But the future always comes. 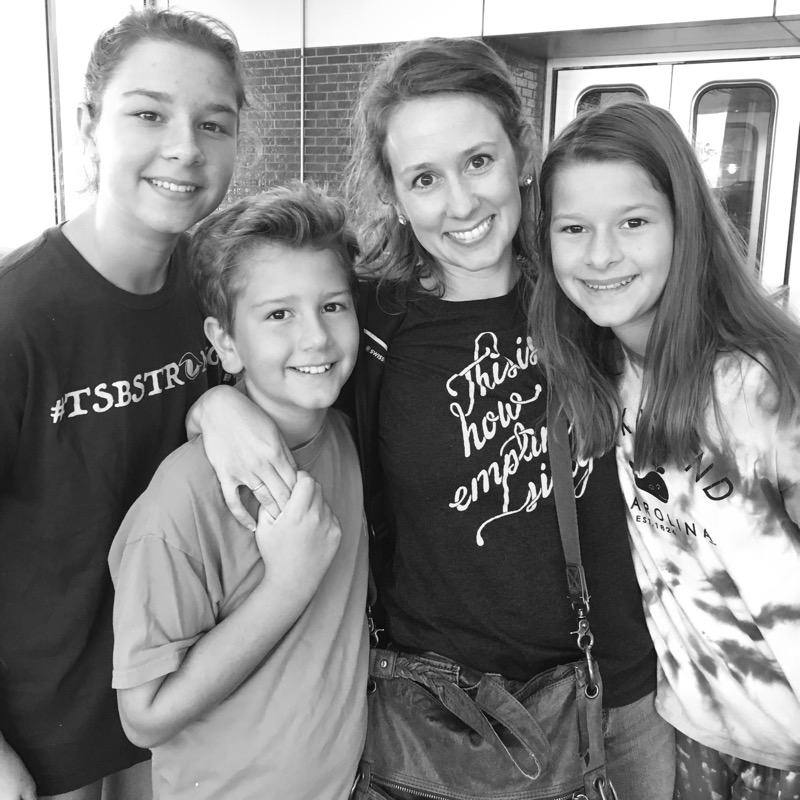 I know this post is all loose ends and no tight bows but I felt compelled to share this middle-space with you. If nothing else, let these half-thoughts be an encouragement to you in the midst of your own now-but-not-yet moments.

Trust the voice that comes from within.

If there’s a longing, a desire, or a vision growing within you or if you have an idea, a project, or work you can see even though you can’t see it, carry on.

If you have your own project slowly brewing beneath the surface and wonder if you’re approaching the time to bring it to life, I’d love to help.

I created a class to help people like you and me finally start and finish projects that matter without the rhetoric that might shame you into working at a pace that isn’t natural for you. This course encourages focused creativity, soul space, and meaningful work.

I’ve already walked with nearly 250 people through this course and we’ll be starting a new group in March. You don’t have to decide now, but just get your name on the list to learn more.