What Love Never Does

Lately I’ve been taking more walks, the kind where I put on shoes and go outside and refuse to respond to the ping. It takes more work than it should, at least for me, to release an hour of productivity and replace it with something unknown.

Will I feel refreshed after? Will it really clear my head? Will I regret this wasted time later? 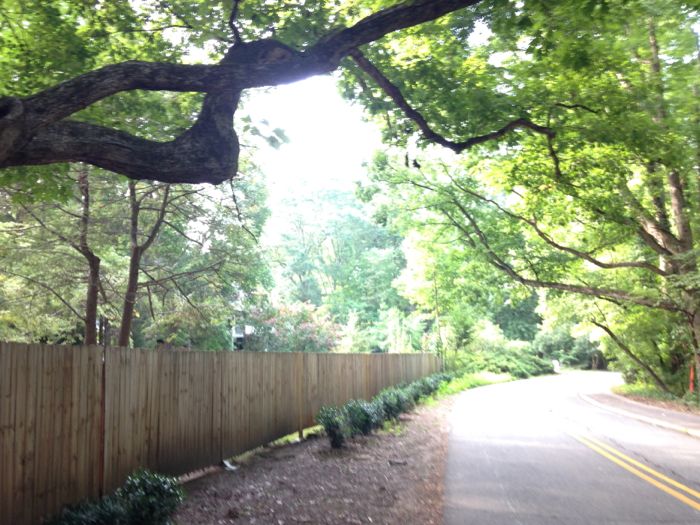 These questions are always a good sign that narcisstic Emily is threatening a mutiny and it’s time to get into the woods and be small again.

I generally go empty-handed, although sometimes I tuck my phone between my skin and the elastic waist of my yoga pants so I can monitor how long I’ve been walking and how far I’ve gone. My measuring ways are hard to overcome. And so is my lack of cool technology and arm bands and tiny, invisible iPods.

But on a recent walk, I took nothing with me and within minutes began to think on things above rather than the things on the earth, thinking about love, about what it really is. And as any believer thinking about love might be apt to do, I began to mumble the verses from 1 Corinthians 13, relevant in an obvious sort of way. I didn’t have my Bible or my phone, so I had to rely on memory to consider what this passage said about love.

And I whispered the verses to the rhythm of my footsteps, Love is patient, love is kind.

As I continued, I was prepared to recite a list of all the adjectives describing what love is, but instead I heard the words as if for the first time. In the entire chapter about love, it only provides two words for what love is – patient and kind. Aside from those two words, everything else in those verses is either what love isn’t, what love doesn’t do, or what love does.

Love isn’t jealous, love does not brag and is not arrogant, does not act unbecomingly; it does not seek its own, is not provoked, does not take into account a wrong suffered, does not rejoice in unrighteousness.

And finally, as I rounded the corner near the wooden walking bridge, I began to whisper the three words that describe what love never does. 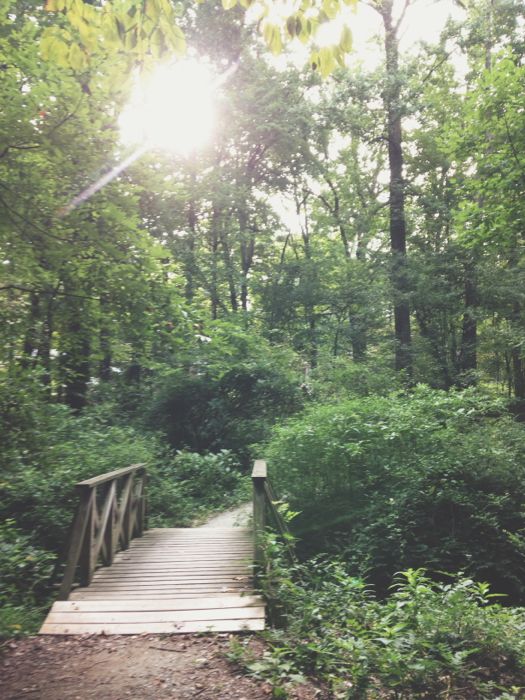 The words brought tears, partly because I know they’re true and partly because I don’t always see the evidence of their truth in the world. What does it mean that love never fails in light of the pain around the world – Ferguson, Syria, West Africa, our own hearts?

Sometimes I want love to be whatever I want, whatever I think sounds nice today. But love is specific, spelled out here in the middle of 1 Corinthians. And I know these descriptions of what love is, what love isn’t, what love does and doesn’t do are true because when I am loved for real, the love works. It doesn’t fail.

I desperately need someone to sit with me, to not be a jerk, to remind me of truth, to bear and believe and hope and endure all on my behalf. And when Love moves in my presence, I know it. And I begin to re-examine my own ideas of failure and success.

But love isn’t just something that happens to me, Love is someone who moves within me and invites me to move toward others.

When their load becomes too heavy, love invites me to bend down low and bear their burden.

When their faith becomes foggy, love invites me to come alongside and believe on their behalf.

When they can’t see possibility for hope, love invites me to stand on tiptoe and cast vision for a future we can’t quite see.

“For now we see in a mirror dimly, but then face to face; now I know in part, but then I will know fully just as I also have been fully known.” 1 Corinthians 13:12

Love is personal. Love is relational.

I get it wrong, blame others, forget to listen and fail to see.

But Christ moves me not to push but to lead; not to force, but to invite; not to tell but to listen.

Recently I had someone ask me why I don’t write about “issues that are controversial” here on the blog. While I appreciate the question, I don’t really have an easy bullet-point answer.

Like you, I’m figuring out how to walk with Christ into my day, into Target, into church, into the kitchen, and most importantly, into the lives of other people. I don’t always do that figuring out in a public space, but I share glimpses of my processing here on the blog.  Today is one such glimpse.

You’ll probably never read much about the breaking news or the hot topics here simply because by the time I’ve begun to process news, it isn’t breaking any more. But also because that’s not why I created this space in the first place. If I have something to add to the conversation, I’ll add it in time.

I’m slow to process, slow to think, slow to respond. Rather than fight against that, I’m learning to celebrate it in my own way.

But slow processing is never an excuse not to love and maybe that’s my point today, however incomplete that may seem.

I’ll probably think of a better response later, but – surprise, surprise – for now that’s all I’ve got.