learning to live a good story

The classroom is freezing. Doesn’t the school system need money? Why is the thermostat set so low? I look around the room at the students wrapped up in sweaters, double crossing their legs, teeth-chattering endlessly. Maybe it’s just to keep them awake. School will be out for summer in a few days. It can’t come soon enough.

It’s 2001, and I’ve been working as a sign language interpreter in a high school for two years now. I’m good at it. Sometimes Deaf people ask me if I’m Deaf when they see me sign. That is the highest compliment. I have my degree in Educational Interpreting, but I want to get certified nationally. That is my highest goal, at least I think it is. But the wedding is in a month. The exam will have to wait.

reaching for a goal

I walk into the exam room, the six-hour drive to Atlanta lingers in my back. I’m yawning and the examiner asks if I’m tired. I tell her yes, but I’m not. I yawn when I get nervous, and I’ve never been more so. She leaves the room after setting up the camera. I’m supposed to start signing as soon as I hear a voice. The red light is blinding. I’m being taped, and I’m a nervous wreck.

getting what you want

The letter I’ve been waiting for is finally here. I don’t want to open it, but I must. I think I might be sick. It’s been three months since I took that test, but the nerves flood back like I’m taking it now. I put a finger through the hole between the paper and the adhesive. Congratulations. I’ve finally arrived. Now my degree, the studying, the money, the scholarship, and all that time? Now they’re worth it. This paper is proof.

I don’t feel any different.

They tell me I can use a golf cart to get around campus if I need to. She hands me the keys and I can’t help but laugh. The twins aren’t due for four more months, but I’m big. Really big. I already can’t see my feet. My boss knows that the forty-hour work week is starting to take a toll on my body, especially since the university is big and some of the classes I interpret in are far apart. I feel ridiculous, but I use the golf cart anyway. It is awesome.

They are kind to me. I’m dreading the conversation I must have soon. I’m quitting. For years I’ve been listening in on conversations between people, teachers, students, friends. I’ve interpreted from one language into another. But I long to be home. I long to have a voice. I long for connection. I’m tired of watching.

It’s 2005 and it’s been a long day. The twins are both finally asleep and the house is quiet. They’ll be two soon. An interpreting agency called today. I told them no. Again. I need to earn more CEUs to keep my certification active, but the idea exhausts me.

There is something strong I can’t shake, something I think the Lord keeps telling me. It’s time to write, he says. I’m excited. And also terrified. Yellow is dancing around in my head. Writing is yellow. The things that make us come alive always are.

what saying no does

Being good at something doesn’t automatically mean you should do it. During those years of pursing sign language interpreting, in many ways I was living on the outside, doing what was expected, waiting for permission to come alive. The permission never came. It still hasn’t, actually. Do you know what came instead?

Desire pursues you, hunts you down with sharp eyes and true words and begs you to turn around. For me, it was a desire to influence. And the form it took for me was writing. 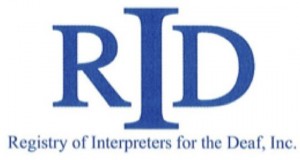 We regret to inform you that your RID record shows that you did not meet the CEU requirements for your certification cycle that ended December 31, 2011.

Unfortunately, this means that we are required to revoke your certification.

I cried a little when I read it. Not because I have regrets, but because I don’t. Saying no to interpreting didn’t come all at once, but it did come. I used to feel guilty about that, like maybe it meant I had wasted my time. I don’t believe that anymore.

That gradual no led to an eventual yes.

At the same time I began saying no to interpreting, I began to say a small, timid yes to mothering and to writing, a shadow-love leftover from my childhood life that I still held dear but didn’t know it. 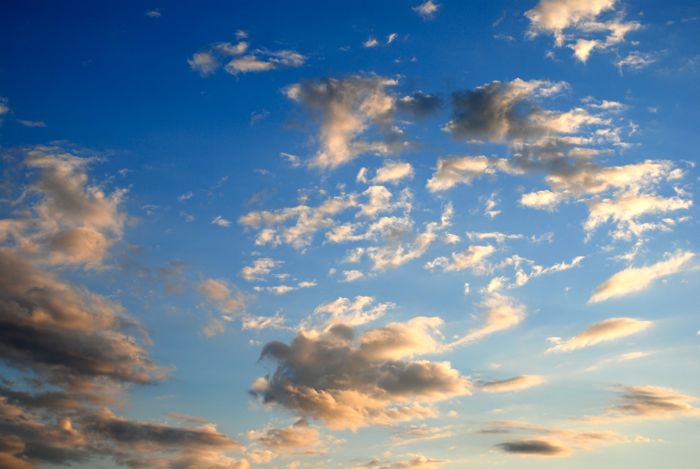 I’ve been writing on purpose and in public since 2006. I wrote a book that came out last fall and in many ways, that was the hardest thing I’ve ever done. Hello, my guts are on sale at Barnes and Noble for 13 dollars. And also you are free to give my guts one star on Amazon, if you so choose.

But writing a book doesn’t mean I was living a good story. Writing stories isn’t the same thing as living them. Even though I just told you that was the hardest thing I’ve ever done, I will contradict myself and tell you the book was the easy part compared to the living of it. How can I tell you of grace unless I have taken the cup with both hands and been filled with the sharp, hot truth? I can’t recommend something I’ve not tasted.

So I taste. And then I tell.

Sometimes I get email from women asking me what it means to trust God, really. They don’t want the obvious, routine, clean answer. It doesn’t matter what I say, because if I can’t answer that question with my real life, then none of this counts. 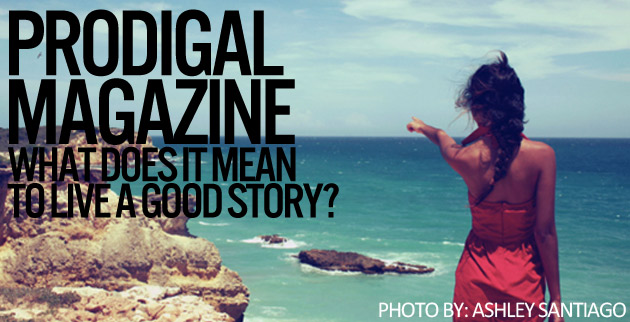 Today I’m joining a group of writers at Prodigal Magazine, all writing on what it means to live a good story. It was harder than I thought having that question roll around in my head, Am I living a good story? How do I know? Then I got that letter in the mail, and it reminded me of some things. If you want to share your own story, head over to Prodigal Magazine – they’ll tell you how.