There’s Something About Judy 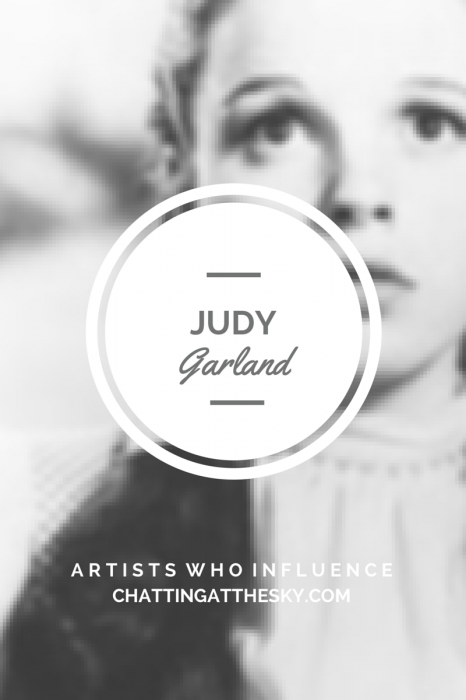 As you well know, The Wizard of Oz is my favorite movie of pretty much all time. Because it’s had such a huge impact on my life, I knew I had to include it somehow in my month of highlighting artists who have influenced me, but it has taken me some time to tease out why.

As I thought about how I felt looking forward to the movie coming on TV every fall, how I felt the night before it aired, and my experience watching the movie, all (yellow brick) roads led to Dorothy. I adored her.

For this series, I couldn’t decide if I should highlight Judy Garland the actress, or Dorothy Gale the character. In the end, I chose Judy simply because I think she brought something special to the character of Dorothy Gale that no one else could bring.

It was her rich, velvety voice that delivered Somewhere Over the Rainbow to my living room year after year and her deep brown eyes that told stories of adventure, friendship, and home. Judy’s Dorothy was approachable, kind, and brave.

You can have your Wonder Woman and your She-Ra: Princess of Power. I’ll take Judy Garland’s Dorothy Gale any day. An actress who can bring out the kind of admiration, excitement, and wonder in a child as Judy brought out in me is an artist who influenced. And I’m deeply grateful to her for that.

You can see all the artists in the series so far this month here. And incase you haven’t noticed, I’ve backed off from posting every day for this series. I’ll still share artists, but probably won’t have one every day. We’ll eventually get to 31!