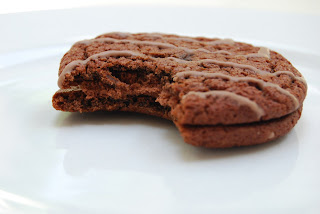 Let me be clear: I am no dessert snob. I have friends who are dessert snobs and the idea of eating chocolate that comes in cellophane is nothing short of an oxymoron. When it comes to sweets, I’m pretty impartial. Not to say that I always like the sweets I eat…just that almost anything will do when the craving hits.

Our relationship goes way back to high school when my girlfriends and I would go to the beach first week. You know, the first week of summer. Does everyone call this first week?

These girlfriends and I called ourselves HCAEB (pronounced ha-KAY-ub), which was BEACH spelled backwards. The oh-so-cool thing was that it was also our initials: Heather, Catherine, Alica, Emily, Brandy. Why we didn’t just call ourselves “beach” I’ll never know. Granted, beach is kind of lame. But compared to what we settled on, well…I guess that’s just 9th grade.

We would go grocery shopping right when we got there (or maybe right before we left home?) which was a good thing because if not, we would have had to go the whole week without cool ranch doritos, cherry coke and several boxes of Little Debbie Swiss Cake Rolls. I don’t know which one of us started the Swiss Cake Roll obsession, but start it did. Since then I have ventured out into the other things Little Debbie had to offer: the fancy cakes, the zebra cakes, the fudge round. 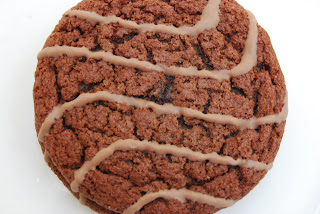 This was the snack of choice I wrote about yesterday. Several of you commented that you didn’t know what a fudge round is. Does this look familiar? Do you not know about Little Debbie? Is she not a nationwide friend? Maybe you’ve heard of the fudge round’s mom, the oatmeal cream pie?

Anyone up for a snack cake?