how your small yes can have a big impact

This morning’s mug is over 12 years old, the yellow stripes faded, the rim chipped on one side. I used to carry this one to work with me. It sat on my desk in the closet off the library, the one I called my office.

Those days working in a high school were lonely ones for me. I held this mug in my hands early mornings before the bell, and imagined a job in the future that wouldn’t feel so lonely. That was at least seven lifetimes ago. 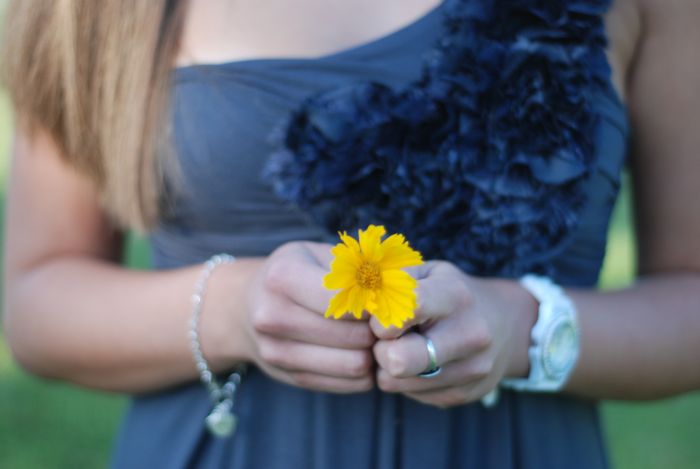 When you feel a nudge to do something and you spend a lot of time ignoring the nudge, it doesn’t go away. Instead, it works itself into a tight ball and thrashes about in your stomach until you have to rename it. Compulsion.

One month from now, the book I wrote for high school girls will release into bookstores and hopefully, into the hands of your daughters. But what we now call a book started as a nudge I couldn’t shake, ignore, outrun or get rid of.

This message that started rolling around in my heart so many years ago felt like an invisible, boundary-less, unexplainable something. It was terrifying because a compulsion to write or share a message doesn’t come with answers or partners or support. It seems to show up solitary and bossy. The Lord comes with it, though. And the part that continues to amaze and delight me is that he rarely nudges us alone.

We say one small yes and then another, and soon our paths cross with other people saying their small yeses, too.

One week from today, we are going to be filming a trailer for this next book. The trailer for Grace for the Good Girl remains a powerful tool when I speak to audiences of women. But I clearly didn’t do that alone, not even close. There were at least 10 other people who made that happen and I played the smallest role in the whole thing.

This next trailer will be very different from the first one. We want to create an image of hope and freedom that girls won’t quickly forget. This time, we don’t just need 10 people to say yes. We need more than 300. I’m believing big for this and I want to invite you to be a part. Here’s what you can do:

Who: We need girls and women, ages 15 – 35(ish) –  you, your daughters, babysitters, college roommates, sisters and cousins

if you are local

RSVP:Visit the Facebook event page and click join. Then bring girls with you and tell them to join too! There will be no speaking parts, so don’t worry about that.

if you live way too far away

Would you join me in praying for the release of this book? That she finds her way into the hands of girls who need to hear this message? And when the video is finished, would you mind sharing it on your blog, among your friends, with your youth pastor? Thank you for spreading the word and for being a friend (Golden Girls anyone?)

Is there a nudge rolling itself into a compulsion inside of you these days?