how we do birthdays 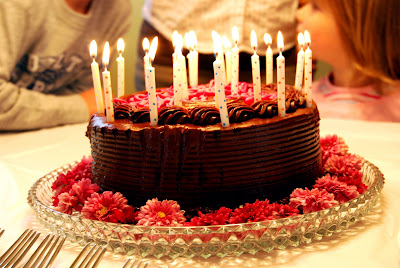 This happens every year. Just as I begin to settle into the Christmas season, my girls begin to plan their birthday. They were born shortly after Christmas (seven whole weeks before their actual due date thankyouverymuch). Had they come on time, we wouldn’t be doing their birthday until the middle of February. Which would have been great because nothing big happens in February.

This year they will be five. They have already made their invitations and have been busy making plans for what will happen on their birthday. So far, it is a coloring, pajama, balloon, cooking party and there are 473 people on the guest list. And they want strawberry cake. With purple icing.

One thing I know they won’t want is for us to focus on who they were as babies. Although it is fun for them to see baby pictures and to hear stories from their birth, for the most part they want to talk about all the things they can do now that they are five: like get skates and go to kindergarten and help mommy make dinner. 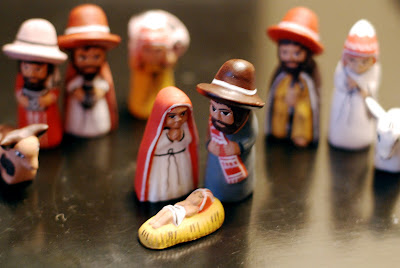 As I’ve thought about the way we do birthdays, I’ve considered the unique way we celebrate the birthday of Jesus. We sing about his birthplace, his virgin mother, his swaddling clothes, the manger. On Christmas, we celebrate Jesus as a baby.

He entered the scene of humanity in this most humble of ways and he did so on purpose. Beautifully. Ironically. But Jesus as a baby isn’t such a big deal unless you know him as a man and why he came as a baby in the first place. What depth of joy is available to those who are able to transition from celebrating Jesus, the tiny baby in the manger to Jesus, the redeemer of our hearts.