We’re thinking about switching banks, and it’s because of an artist. We’ve been with the big company bank for years, never thought we’d switch. But then, they were bought out by an even bigger company and fees and charges and stuff started happening. We went with it for a while, mainly because of Justin. Justin is a young guy who worked at the big company bank, but he made it feel not so big-company. He answered the questions we actually had rather than constantly trying to get us to do banker-y things. 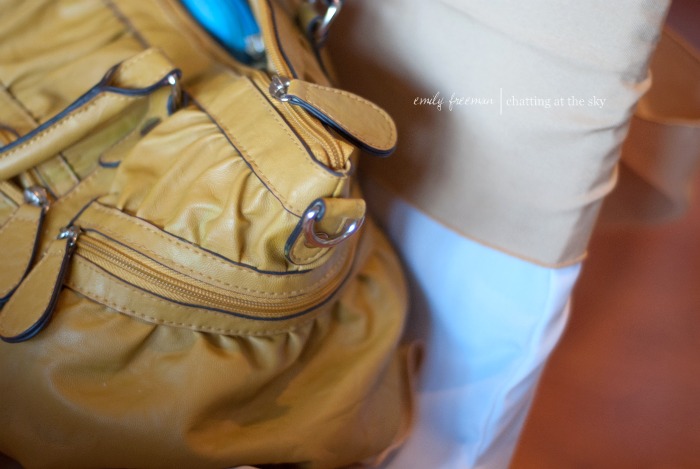 But then, Justin left. And without Justin there, all we had was big company bank without small town Justin. And the void was obvious. Until we found out Justin was now working at the small town bank down the road. And so we set up an appointment with him there, and I asked him why we should stay with the big company bank instead of following him to the small town (but still FDIC approved) bank. “Their technology is way better,” he said. “We can’t match it, at least not yet.” And then, as he spoke, his computer froze up and he couldn’t get it to work.

I could tell he was flustered, could tell he hated the fact that just as he said his small town bank technology couldn’t compare with the big guys, his little computer decided to prove it by having a bit of stage fright. So we kept talking, and we asked Justin why he left the big bank. He relaxed a bit, and said that even though he did his good work at the big bank, he didn’t feel as if he were a part of something bigger than himself. He wanted to be a part of the community where he lived, a part of a bigger whole. He said it with humility and grace and conviction. And as his computer sat frozen in the background, we connected with Justin in the now.

“Art is a human act, something that’s done with the right sort of intent. Art is when we do work that matters, in a creative way, in a way that touches them and changes them for the better.”