how to cure bad vision

Do you remember the sky in January of 1999? Because it was a deeper, richer blue than it has ever been before. And the clouds were fluffier and the sun was brighter and the rain was a gift and not a nuisance. It was the month I learned that The Man liked me back, and we’ve been together ever since. 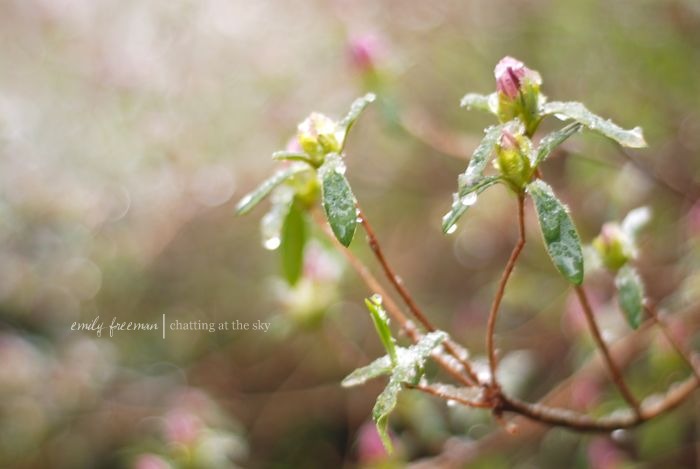 That’s the kind of crazy thing that happens when you’re in love – your eyes see things different. And you look around and wonder how you could have ever missed all these gifts exploding from every rock and tree branch.

When you know you are beloved, regular life looks different than it did before. But it isn’t just romantic love that does this – I think it’s bigger, more broad than just that. When you believe you play a vital role in the story, when you know beyond a doubts shadow that your art has meaning, when you are living as though God is real and not just a nice idea, things change. And snow on the azaleas is no longer an unwelcome delay to spring but a surprising, delightful morning gift.