how to build your author platform

When I signed a contract to write two books for Revell back in December 2009, I had one magazine article to my name. And that was it. I did not have an agent (and I still don’t have one, by the way). I had about 1300 subscribers to my blog. That alone wasn’t very impressive to a publisher. Build your platform. That’s what they tell us. I’ve heard literary agents say you need to have at least 5000 subscribers to your blog before you will be considered for representation. I’ve walked out of sessions at writing conferences feeling defeated, discouraged, and nearly beat up. If you are a writer who has a blog and would like to pursue traditional publication, I’m sure you can relate. Here’s a comment I received on yesterday’s post.

I don’t know that publishers only care about the numbers. If that were true, I never would have gotten a contract. But agents and publishers do talk about platform. And platform is important. But it can be endlessly frustrating for a writer because it seems like you can’t have a book until you have a platform, and you can’t have a platform without a book. There is no formula, and I can’t tell you exactly why Revell took a chance on an unpublished blogger with a meager platform. But they did, and here is one thing I did that I think helped. 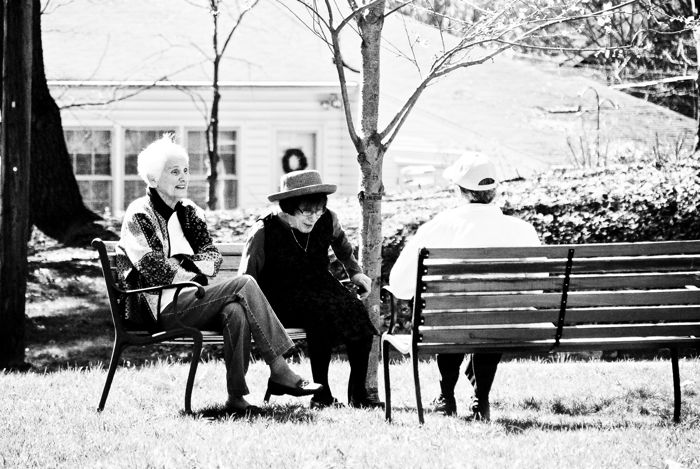 I focused on building a bench, not a platform. Several of the families who live in our cul-de-sac have been there for over 40 years. Their children are grown with children of their own, and I watch as these women walk slow to their mailbox, chat with one another in the street, and go back inside. They can’t stand there for long.

Last spring, we bought some benches to put in the grassy area of the cul-de-sac so we could sit and watch while the kids ride their bikes. But something else happened with those benches when we weren’t around.

One afternoon, I noticed two of my neighbors leave their house at the same time and shuffle towards the benches just before dinner. I went outside to check the mail and entered into the conversation with them for a while. They spoke of children and grandchildren, aging siblings and friends, the weather. They enjoyed the breeze and waved at the occasional passing car. They lingered. I made my way back to the kitchen to finish up dinner but kept my eye on them. They stayed out for nearly an hour. I’ve not seen them do that before. It isn’t that they didn’t want to be together, but before it wasn’t so easy. Now, they had a bench to sit on. And the bench made all the difference.

The bench didn’t give them something to talk about. It gave them a place to do it. People want to talk about things. They want to relate and live in community and converse and be together. Sometimes they just need a bench. They need a place to get the conversation started, a platform that allows them to linger and find one another.

A platform is a stage with the spotlight on you. A bench is a community with no spotlight at all. Build your bench.

I love how Sandy says numbers are people. And people do matter. People need benches, a place to relate and connect and identify with one another. When I wrote my book proposal, I didn’t have impressive numbers to show them. Instead, I focused on the reader, the girl who would come and sit on my bench if only they would help me show her where it was. Because you can build the most beautiful, relevant bench in North America but if no one knows it exists, they can’t come sit on it.

What about you? Can you relate with Sandy and this sometimes frustrating dilemma of building a platform?