how saying yes (and no) shape a life story

Always a few years behind everyone else, I’ve been reading Don Miller’s A Million Miles in a Thousand Years. It’s about moving from being a consumer of your life to being a producer. When two movie guys contacted him to make a film out of his memoir, he discovered his real life was void of some things. He ended up editing his real life to tell a better story; not for the movie, just for the life. It reads like a conversation and it took me a few chapters to realize this was how the whole thing was gonna go. I like it, but this isn’t a book review.

It took courage and brave for him to take an honest look and realize he wanted his life to tell a better story. Courage is a funny thing. Sometimes it means taking the risk to do that big thing, knowing you could fail but facing it anyway. Other times, courage means saying no, bowing out, staying seated when it seems like you should stand. When you say yes to things, you automatically say no to other things whether you mean to or not. 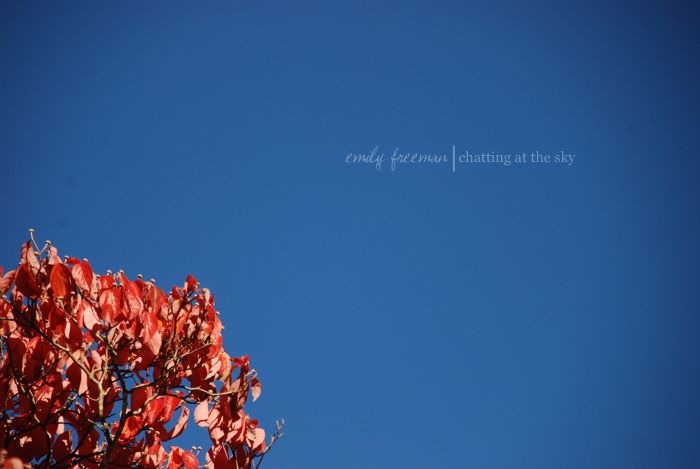 I’m becoming more aware of my yes’s and my no’s. Saying yes to leading a girls small group was actually saying no to being in a women’s small group of my own. Saying yes to writing books came with a bucket full of no’s. When I said yes to writing, I actually also said no to being a sign language interpreter, being room mom in my girls’ classroom, spending hours at Target while the kids are in school, and pursuing photography for money or fun.

And since it’s Tuesday, it’s worth mentioning that saying no to Tuesdays Unwrapped is actually saying yes to something else. If you’re wondering what, so am I. I’ll keep you posted. But the bottom line is saying yes and saying no are the basis for everything we do. Every yes has a no automatically attached. We run into problems when we forget that, and we try to say yes to the yes’s and yes to the no’s, too. It’s when we feel the world spin too fast and when it feels like everything is up against us, like slow traffic and engine lights and sick babies and lines at the post office. Those things are overwhelming enough, but even more so when we’re trying to live a yes-life with too few no’s.

At the same time, it is possible to get stuck in the no’s, to be afraid of yes because of failure or embarrassment or worry or whatever. Or saying no to hard things just because they’re hard. Saying no to faith is actually saying yes to fear. I do it all the time, though I don’t like to think of it that way.

What we say yes and no to shape our stories, for better or worse. Are you aware of your yes’s and your no’s?