My interview was over and I stood behind the camera while my new friend finished hers. We had only just met but we had a lot in common as we both had just published our first books.

In the relief of making it through my first interview on live TV, I only half-heard the beginning of a conversation happening near me. But something in the producers’ excited tone sparked my interest. 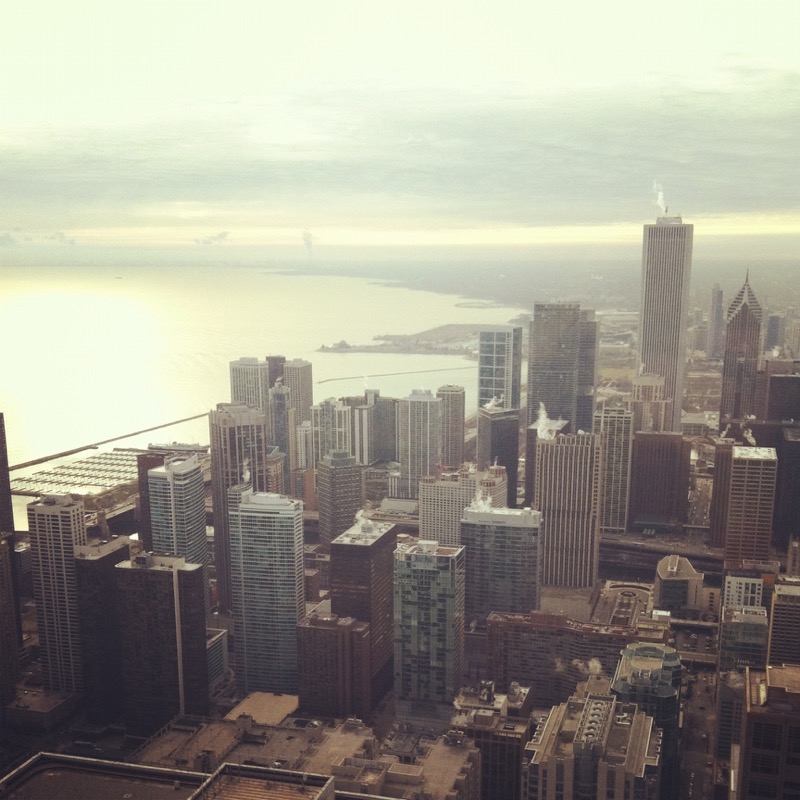 “We’ll want to keep our eye on her,” one said to the other, “she’s going to do big things.”

It was an innocent eavesdrop, but overhearing that one line poked at something that had already been curled up at home on the floor of my soul, a belief I’ve lived with since I was young.

I am missing something vital that I need for success, acceptance, and belonging.

This other author and I were at about the same point in our career, about the same age and life stage, but somehow they saw something in her that they didn’t see in me.

She was going to do big things.

And if you can believe it, overhearing those producers say those words did not feel like a big deal at the time. I honestly don’t remember it having an impact on the rest of my day or my experience at the studio.

It was so normal for me to believe I was missing something that when someone made a comment that seemed to confirm it, I didn’t question it or perseverate over it.

I just casually and quietly agreed with the implications of their statement and moved on with the next thing.

That’s why deception works so well, why we can walk around our whole lives believing certain things about ourselves. The lies sing harmony with our own insecurities, weaving a song of defeat and discouragement that becomes our own personal soundtrack.

That one line they said about her – she’s going to do big things – slipped quietly into my soul, another piece of evidence I would pull out whenever my core fear was poked awake again.

The word power feels strange on my lips.

It’s oddly shaped, not particularly attractive to hear, heavy, and unfamiliar. It makes me think of cartoon villains and large groups of men wearing expensive suits.

But I do think about influence.

These words are more my kin.

But power? Please. That’s not my word.

You know what’s easy to talk about?

The abuse of power I see in the world, the unequal division of power, and the power-plays in politics.

You know what I don’t want to talk about?

All the ways the desire for power has seeped into my own soul. 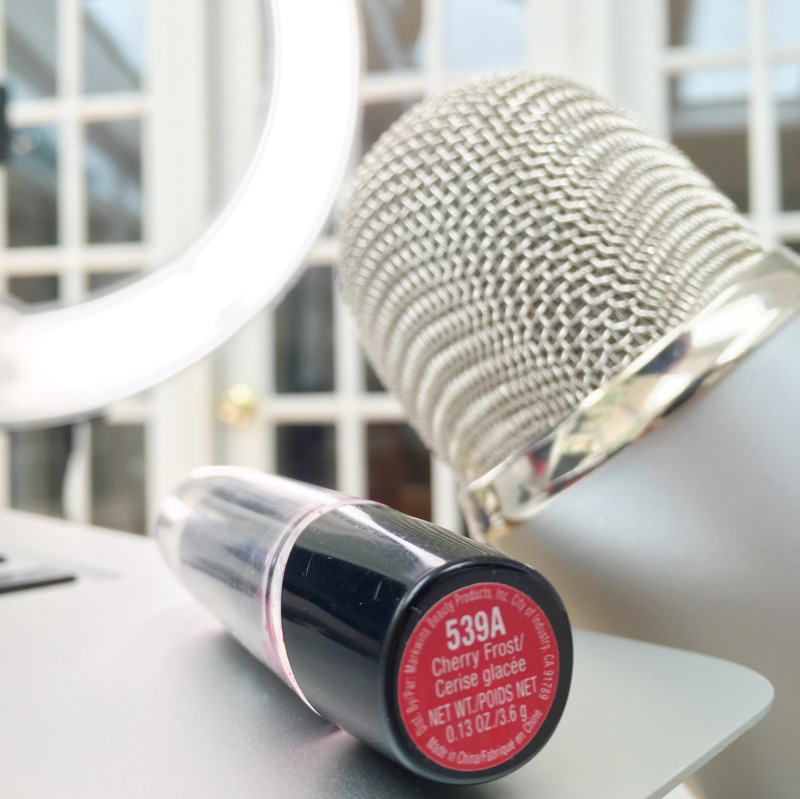 Because even though I wouldn’t naturally use that word power to describe what I most long for, I’m learning how my desire for influence, connection, control, attention, respect and credit are, at their gritty core, a desire for power.

“In my early years of ministry I was convinced that my quest for power was merely a fervent commitment to the important work of the kingdom. My grandiose fantasy of success was excused as an embrace of God’s big plan for my life. I had big dreams because I had ‘bold faith.’

My emphasis on building a strong resume and winning the approval of others was about making the most of my talents and abilities for God’s glory.”

We all have these core fears that live inside us. And when they’re poked awake, our first inclination is to reach for some form of power to soothe the pain.

Reach for the power of Christ, the pain will be eased, the need met. Because Christ offers us himself which is what we most deeply long for.

But the power of Christ is only made available through weakness and that’s not usually my first choice.

Instead, I tend to reach for the false remedies first.

The problem is, the false remedy is often dressed in Christian clothes, like the bootstraps of self-sufficiency and the warm promise of success cloaked in cherry-picked verses.

That the way of weakness could ever lead to freedom from my core fear seems ridiculous at best. And yet, this is what Jesus says, that his grace is sufficient. And that his power is made perfect in weakness.

All of my writing life, I’ve been circling around this issue of self-sufficiency, how natural it feels to cling to a try-hard version of the gospel, to depend on my own ability, skill, and intellect in order to get my needs met.

And when that doesn’t work, how quickly shame is to follow up, a faithful wingman to failure.

I’ve been forced to confront more times than I can count all the ways I’ve despised my own littleness, all the ways I’ve wanted to be special, forgetting over and over again that my identity is not earned but given.

This morning I threw out my back. That’s something people say, right?

When you’re drying your hair and you move a normal way but for some reason your body rebels against you as if this one little movement you just made is NOT NORMAL so it freaks out and punishes you by tightening up and not letting you walk like a normal person?

Well that happened this morning and I have exactly one hundred and eighty seven thousand things to do today.

But as I lay here on my living room floor to finish this post, I’m oddly settled. This back pain, for now, is a reminder of my weakness. I wouldn’t wish for it or ask for it and I’ll be glad when it’s gone. But Jesus is with me, even in this.

He offers his way of power to me in the midst of my weakness, an offer the world would never make.

Jesus says, You’re weak? Come. Lean on me. Press in to me. Let’s do this together.

“The valley will always be in the shadow of the mountains. The mountains, with their dramatic peaks and pillars to the clouds, will always appear more special to the world around you. 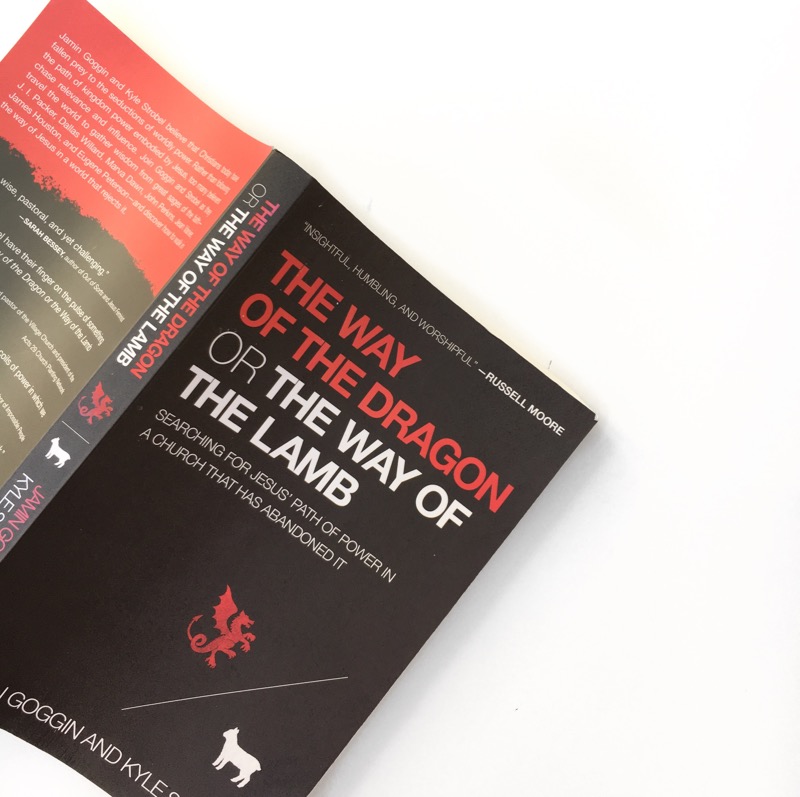 I’ve been reading a book called The Way of the Dragon or the Way of the Lamb: Searching for Jesus Path of Power in a Church That Has Abandoned It by Jamin Goggin and Kyle Strobel.

Can I recommend this book highly enough?

I don’t think I can.

If you want help to discern how the two paths of power – the way of the world or the way of Jesus – present themselves to you in your own life, I hope you’ll consider this book. It’s having a profound impact on me and I’m so grateful for Kyle and Jamin’s commitment to pull this hard conversation out into the light.