how one brush equals six pots filled with miracles

Brushes are good for throwing. They fit right in your hand, perfect to squeeze in the angry moments. And you can close your bathroom door and just throw that brush against the tile as hard as you want to.

The brush might dent or break, but you won’t care so much about that in the moment. It’s just nice to throw something, to make a loud noise, to lose control for a bit of time. Assuming you ever had control in the first place.

Phones are good for throwing, too. Not iPhones – too expensive. But for those of us who still have landlines, those cordless phones are the best. I kicked that habit about six years ago when, in a fit of stubborn frustration, I threw the phone across the room. When I finally went to rescue it, two of the numbers were stuck pushed in. It was unfortunate if I ever needed a 5. Or a pound sign. 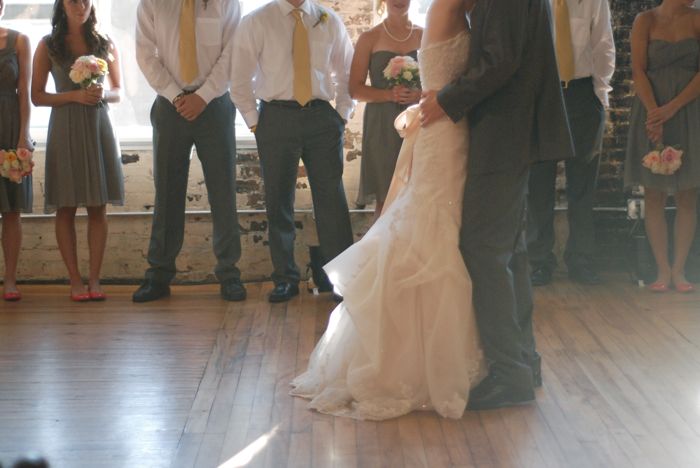 In John 2, I read about the couple who invited Jesus to their wedding. His friends and his mama, too. I know the whole point of the story is the wine in the water pots, but I just can’t help imagining what sort of friend Jesus was to the bride and groom. Did he cry when they made their promises? Did he and the groom shake hands, exchange looks, embrace?

What did he think when he watched the bride?

Did he think of his church? Of you?

Of me? Was I holding a brush?

Yesterday was a brush-throwing kind of day. I don’t throw them at people so don’t go worrying for anyone’s safety. But sometimes slamming a brush into the sink is better than slamming my head into the wall. I’ve decided to call it a celebration for Lysa TerKeurst’s book release week. She wrote a book called Unglued and let’s just say I was.

Sometimes I forget freedom, the abundance of my gifts, the everyday graces, the beauty of acceptance. Sometimes I throw brushes, pout, worry over things seven miles outside my circle of perceived control.

I forget the six pots filled with dusty water, the ones that held nearly thirty gallons each. I forget the twinkle in Mary’s eyes when she told the servants, Do whatever he tells you. And the water filled up to the brim worked invisible miracles inside those stone pots. And the master of the banquet was impressed as  the rich wine graced his lips. He drank down the miracle, satisfied.

Imagine if he knew where it had come from.

It was Jesus’ first miracle. Only his mother and a handful of servants knew about it. It wasn’t life or death. It wasn’t world peace or starvation or anything dangerous at all. Running out of wine at a wedding was more of a brush-throwing kind of moment. But Jesus still saw the need and worked a secret miracle to meet it.

I am desperate for twinkling eyes, for thirty gallon water pots, for believing in things I can’t see, for cups filled with secret miracles.

If you like what you see here, sign up for my free audio devotional called 7 Days of Still Moments. The day you sign up is your Day 1. It’s free and each day is less than 5 minutes. To start Day 1 today, enter your email here and I’ll do the rest.