how art is evidence of faith

Here’s something true about me: I have the endless capacity to see nearly every side of an issue. I don’t always do this on my own, but if I hear one perspective, I will generally receive it thoughtfully without much argument. Until someone with the opposing point of view explains their perspective, and I instantly see all the logic I was missing before.

The problem for me is I’m good at hearing all the sides, but I’m not so great at picking one.

It’s why I hate voting a little bit. (Although I do it. Reluctantly.)

It’s why I could never be an attorney. (The worst.)

Or a judge. (Can you imagine?)

I have thoughts and opinions, many of them strong. But they are slow to grow, which is why book writing suits me better than current-event-blog post writing.

I need time to decide what I think about things. And let’s face it, sometimes I just don’t like to make decisions.

I know a few of you may already be itching to warn and caution me in the comments about being easily swayed and influenced – I beg you not to. I do believe in non-negotiables. Just not as many as I used to.

On the one hand, this openness is a gift. I am generally able to hold ideas with an open hand. I have practice in listening, considering, waiting before I speak.

But they say our giftedness can also be our burden and there are many ways this is true for me. Unchecked, this openness can become indifference, indecisiveness, and even intellectual laziness.

I am a slow processor, but I can easily use that as an excuse for not having to make a choice.

I know this shows up in my writing. I recognize my hesitancy sometimes in writing strong statements because one of my re-curring fears as a writer is that I will write something now that I will completely disagree with later.

Looking over some writing I did a few years ago, I read these words I wrote: We are not called to action. We are called to belief.

Not called to action?! What was I thinking?! I couldn’t disagree with myself more.

In the context of the piece I wrote, I get it. For a recovering good girl, I am a woman who has spent a lot of life finding my identity and acceptance in my ability to perform well. So when it comes to acceptance before God, we are not called to the kind of action that performs for our own worthiness and love. We are invited to believe we have those gifts already.

But belief expresses itself through action, so for me now, that statement I made is mis-leading. It isn’t one or the other. It’s both. 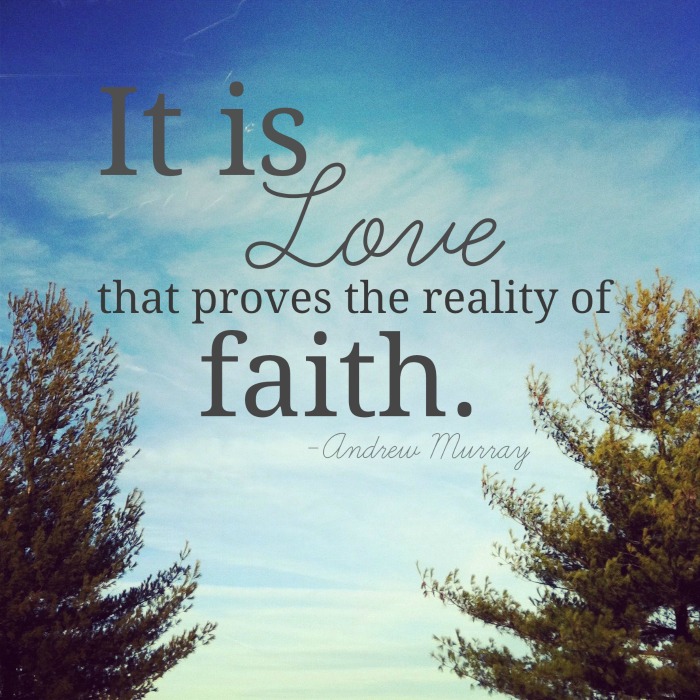 The art is in the verbs.

Hope. Persevere. Feed. Help. Listen. Believe. Even this is a verb, a movement toward God even in the midst of confusion or frustration or fear.

The Lord told Moses to stretch out his hands over the sea and up came the walls of water. But Moses had to act on his belief and in so doing, water walls. Talk about an art project.

The lame man had to pick up his mat and walk.

The bleeding woman had to reach out her hand to touch.

And what more shall I say? I do not have time to tell about Gideon, Barak, Samson and Jephthah, about David and Samuel and the prophets, who through faith conquered kingdoms, administered justice, and gained what was promised; who shut the mouths of lions, quenched the fury of the flames, and escaped the edge of the sword; whose weakness was turned to strength; and who became powerful in battle and routed foreign armies. – Hebrews 11:32-34

None of these moved perfectly, but faith is fully expressed when we bring our imperfect work into the presence of God and move toward others in love.

We are not under pressure to act. We have been set free to act, to move, to make choices, to live out what we say we believe.

Learning how to listen and then move, how to consider and then choose is an important journey I’m still walking. For me, it’s a key component of what it means to live art.