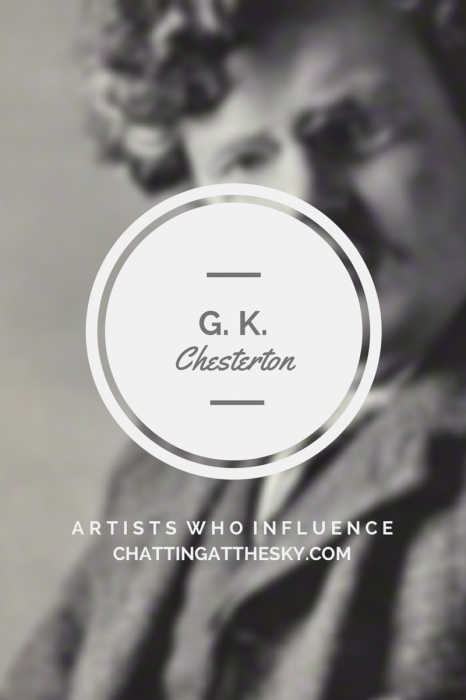 I don’t know a lot about G.K. Chesterton and I have only read one book of his. I thought I had a vague idea of what he looked like, so I google imaged him just to be sure and immediately saw he bore a striking resemblance to Mad-Eye Moody. 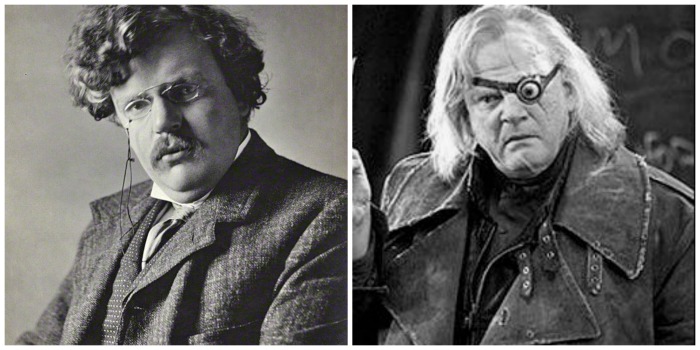 No? Even so, I read his book Orthodoxy (you can get it free for your kindle) at precisely the right time for me. I can’t possibly summarize the book partially because I’m still trying to unpack it.

Mostly when we read books, they say things we’ve heard before but in a new way. While reading Orthodoxy, I read a few passages I’ve honestly never heard or thought of before, perspectives and ideas completely new to me, particularly his thoughts on reason, logic, poetry, and madness.

“Imagination does not breed insanity. Exactly what does breed insanity is reason. Poets do not go mad; but chess-players do. Mathematicians go mad, and cashiers; but creative artists very seldom.”

I already know what you’re thinking because it’s what I was thinking. Vincent van Gogh and Edgar Allan Poe, right? Explain that, G.K. And so he does.

“One great English poet went mad, Cowper. And he was definitely driven mad by logic . . . Poetry was not the disease, but the medicine; poetry partly kept him in health.

Everywhere we see that men do not go mad by dreaming. Critics are much madder than poets . . . Poetry is sane because it floats easily in an infinite sea; reason seeks to cross the infinite sea, and so make it finite. The result is mental exhaustion. To accept everything is an exercise, to understand everything a strain.

The poet only desires exaltation and expansion, a world to stretch himself in. The poet only asks to get his head into the heavens. It is the logician who sees to get the heavens into his head. And it is his head that splits.”

His words invite me to think differently, to consider the world as upside down, to set down my preconceived notions about things. And that’s why G.K. Chesterton was an artist who influences.