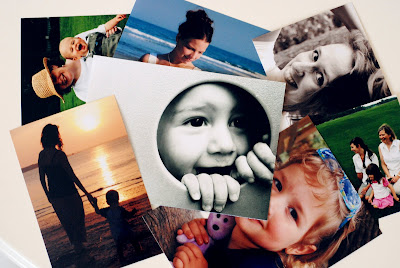 I love to take photos. I love to look at photos. But I can’t manage to get a single scrapbook finished.

I have tried to be a scrapbooker. Oh, how I have tried. I went through a scrapbooking phase when I was pregnant with our third child. It lasted about as long as my third trimester. All I have to show for it now is three children and three equally unfinished scrapbooks.

I felt guilty about that for a while. Not necessarily the fact that I didn’t have a beautiful scrapbook. Rather, I was discouraged that I kept starting things without finishing them. And I was worried that my kids would grow up to feel neglected and unwanted because their mother couldn’t document their lives past the day they came home from the hospital.

The guilt continued until I realized the reason I like scrapbooks is because of the photos. 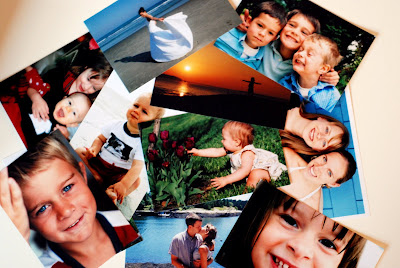 Oh yeah. The photos. So I gave up the visions of becoming a ribbon/sticker/colored-paper whiz and settled on the fact that I just wanted a way to display the photos I had leftover from the days of film. So many photos. Rows and rows of them in drawers, waiting for embellishment with polka-dot paper and cute little bows. No longer. 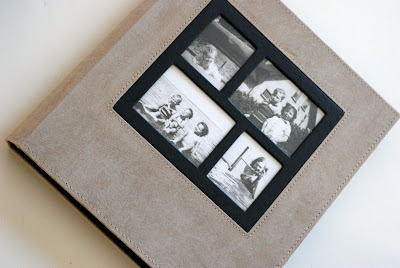 I found this photo album at Target. Lots of places have them, but when I saw this one I hadn’t ever seen one like it before. It has room for five photos on a page: three horizontal and two vertical. I liked the idea of that. So I bought three. And they sat on my shelf for a long time empty. 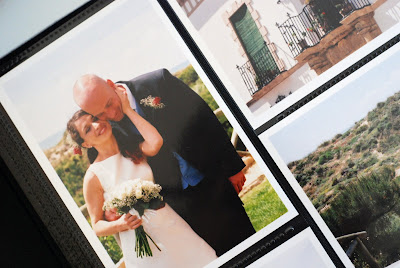 Until one day, I sat down and filled one. In a little over an hour, I had an album filled with our trip to Spain for The Man’s brothers wedding. The trip we took in 2003. 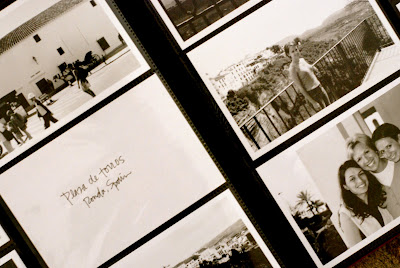 I even labeled a few pages by writing on the back of a 4×6 index card because I’m fancy like that. 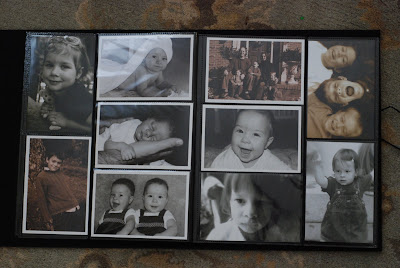 If you are a person who has beautiful scrapbooks of your children sitting on your shelves, I respectfully salute you for your ability to focus on the project and see it to completion and for your general awesomeness. But if you are like me and your scrapbook is more scrap than book, I highly recommend getting yourself an album you love and filling it up. It isn’t perfect. But it’s finished. These days, that is all the perfect I need.

**Edited: Several of you have asked about this album. It is called the “Umbra Horizon 5 Up Photo Album” and it holds 260 photos. If you Google “5 Up Photo Album” there are lots of colors and styles. Sorry my link didn’t work earlier.