Since my post about the circle calendar, I have read a little more about synesthesia. I discovered another thing I do that I never really realized until now: my numbers have a personality. Not only do I see them in color in my mind, I see them as people. I know. But I also know some of you do, too. Here is my cast of characters, in the order in which they appear. 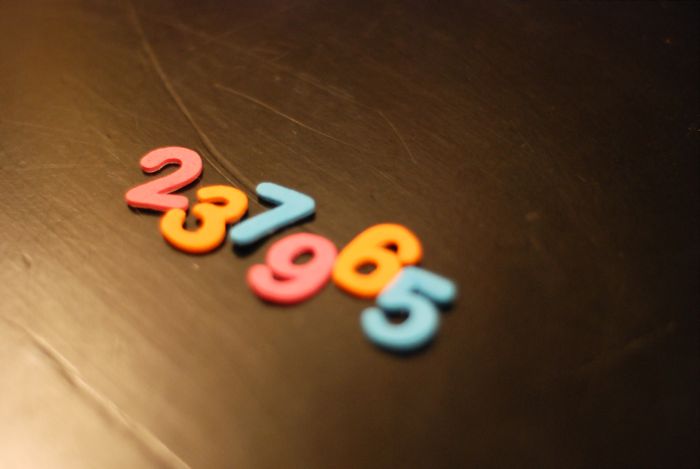 Three sounds sweet and girly, red ribbons in her hair;

Four wears a tuxedo and clearly has black hair.

Five is round and jolly, named Santa Claus or Clyde,

Six is rather boring, green with envy, filled with pride.

Seven is eccentric, transgendered and quite kind;

Eight is wise beyond her years; elegant, refined.

Nine is strong, responsible, and supportive of her lover;

And Ten, though courting Nine by day, at night flirts undercover.

I’m already regretting hitting publish on this one. But it’s worth exposing in the hopes that I find others. So speak up. And don’t even try to tell me that 10 is trustworthy because he most certainly. is. not. He is green and he is bad news.