Some writers write words that come off the page like two hands cupping your face, inviting you to slow, to focus, and to simply listen. Just slow and listen to this.

Hilary Yancey is one of those writers and she finally wrote a whole book. Here is a taste of her writing and then you can go put on your tennis shoes and run out to get her book. Or just go to Amazon Prime because you’re not an animal. 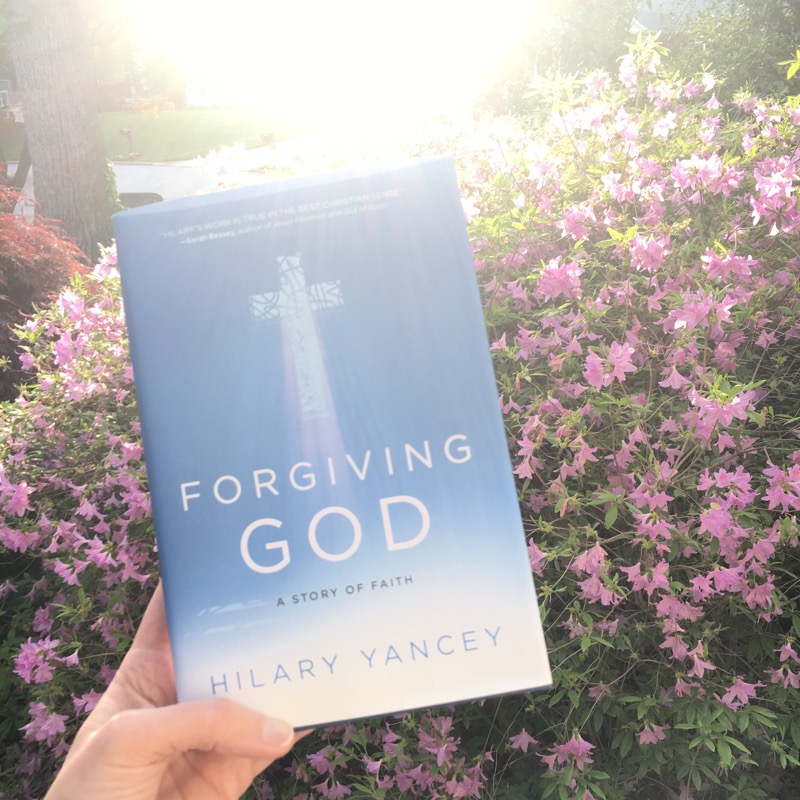 We were late to our eighteen-week ultrasound. Preston surprised me with a lunch date at a farm-to-table restaurant just outside Waco. I had been picking at my salad throughout, then picking at my dessert. Ever since the positive pregnancy test, ever since the scribbled note of “large baby for gestational age,” I had lived on a live wire of worry.

This ultrasound, which was the reason for the lunch, the reason for the celebrating, was full of fear. An ultrasound could declare that things hadn’t gone according to plan or it could bless us with uneventful normalcy, with everything as expected. I had worried for days that it would be the first, and as the ultrasound approached, I became convinced that something was wrong, that we would learn something terrible that Friday afternoon.

I sat sullenly at our celebration lunch, listlessly moving the lettuce around on my plate with my fork. Preston tried several times to ask me why I didn’t seem very peaceful or excited. He tried to remind me that we were seeing our child for the first time. Instead of answering his question, I picked a fight with him about the fact that we would be late right as the waitress brought over our check.

It was raining while we drove back, and I wasn’t dressed for it. My thin cotton skirt was covered in wet splotches. I pressed my hands against it, feeling my gooseflesh beneath.

We arrived and I was called back fairly quickly. Preston stood up to join me, but the nurse told him to wait, that they would “call Dad back later.” I followed the nurse back silently, holding my wallet in my hands because my skirt didn’t have any pockets. Once I was on the table, the technician started to swirl the transducer probe over my belly only to declare irritably that she couldn’t see much because my bladder was too full, and gestured to a bathroom across the narrow hallway.

The exam was completely silent. The technician commented only once, to express frustration that the baby moved so much that she was having trouble getting good pictures of the face. She sighed multiple times, tracing the same circles around and around, shifting in her chair. When she said that the baby was so active, I tried to smile. “That’s good, right?” She said nothing.

I continued to stare at the green and cream border on the walls. There was a large calendar just opposite the exam table, turned to the month of April. It was a calendar with platitudes written across a beautiful sunrise background, things like “Live, laugh, love” and “Every act of kindness grows the spirit and strengthens the soul,” things people put up on refurbished shiplap in their homes.

I read the words on the April graphic of a generic sunrise, or a sweetly blooming daffodil, and swallowed too loudly. I wondered if she could hear my heart beating against my bones. I wondered if she was judging me, my silence, my lack of questions or exclamations or rambunctious joy. I wondered if she had even registered my face before hunting for my child’s.

I prayed in that room, lying in that anxious horizontal position, my hands tickled by the paper they roll onto exam tables. God spoke one thing back, something I have forgotten until the writing of this book, something I proclaimed for a week or two, until the diagnosis, until the end and the beginning: “She can never tell you something about this person I do not already know.” 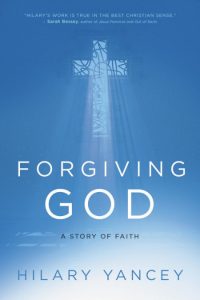 I know it’s a cliff-hanger, I know. But this is an actual excerpt from Forgiving God: A Story of Faith and you need to get it right this minute so you can read her story.

Hilary Yancey loves good words, good questions, and sunny afternoons sitting on her front porch with a strong cup of tea. She and her husband, Preston, and their two children, Jack and Junia, live in Waco, Texas where Hilary is completing her Ph.D. in philosophy at Baylor University.

Her first book, Forgiving God: A Story of Faith is available wherever fine books are sold (Amazon, Barnes & Noble) – and you can hear Hilary read the audiobook, too!

P.S. After her son was born, Hilary posted this photo on her Instagram. I have never forgotten the stunning and compelling novel that her beautiful face expresses without saying a word. It is exquisite and sacred and I will never forget it. 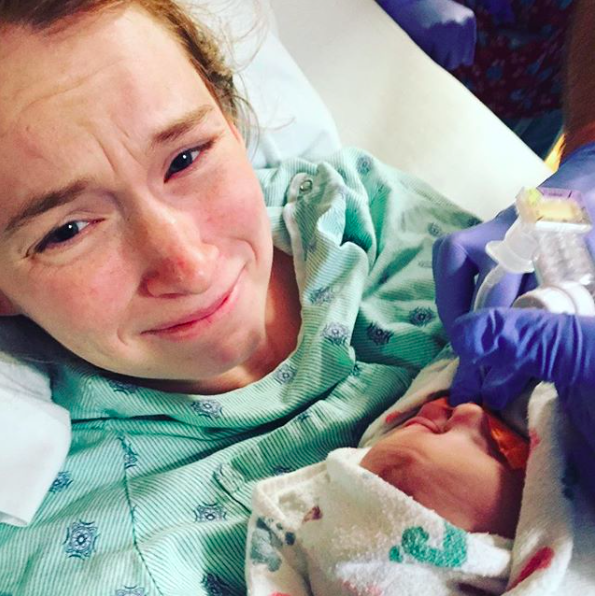