for when you think you want control

Lance Armstrong,  in his interview with Oprah Winfrey 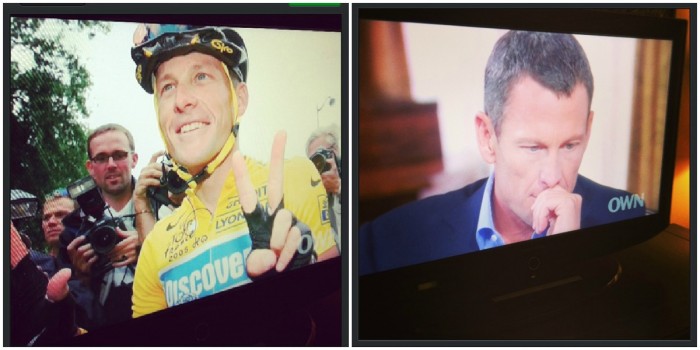 Last May when Phillip Phillips won American Idol, he didn’t jump up and down or make number one signs in the air or fall to his knees and make a big scene. Instead, he humbly sang his song until about mid-way through when his emotions twisted up his throat and he had to stop singing and just put down his head.

Phillip Phillips seemed like a man who knew that the outcome of that competition was completely out of his hands. He looked genuinely shocked to discover himself as the winner.

I heard a quote where someone said the human soul wasn’t made for fame – watching Phillip win was visible proof of that statement for me.

Last night in a two hour interview with Oprah, Lance Armstrong finally admitted to using performance-enhancing drugs. He said every time he won a tour, he knew he was going to win. He orchestrated it to be so.

Oprah said, “Fame magnifies whoever you really are.” I think she’s right.

Lance Armstrong said he was a guy who expected to always get what he wanted.

He was a controller of outcomes in every area of his life.

Except when he got cancer.

And when he got caught.

Did you watch Part 1 of the interview?