for when you don’t live up

Expectation is an interesting word. It doesn’t have just one feel about it. It is both Christmas morning child-like hope and also heavy-handed with a stern eye and a smirk. Yesterday I wrote about how often times the best joys are those that weren’t expected. We are free to receive them as gifts because we weren’t anticipating their arrival. But what about when there are expectations? And you fail to live up?

I’ve been feeling that way a little lately. I had big plans for December to be un-plann-y and restful. And then, the expectations I had on myself got tangled up when I had to start listening to our snoring four-year-old while he slept because he tended to stop breathing a little bit. And so tomorrow, he gets his tonsils and adenoids out. I have no idea what adenoids actually are. They sound sort of space-ish. But he’s getting them out and for many reasons, it has me in a crazy place. Schedules are being balanced on the top of a pin and duties are falling off cliffs. I walk around piles of laundry (because they’re too big to step over) and make frantic lists of things I need to do. And then I lose the list because who makes serious lists on the back of a Chic-fil-a receipt anyway? 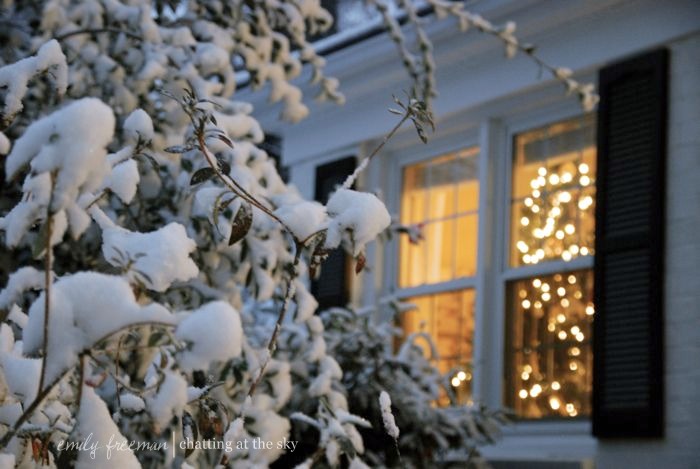 This week of Advent was the Love candle. (Yes, we are doing an Advent wreath with our kids. No, we haven’t done this weeks candle yet. Adenoids.) But I know it’s the Love candle and that it can also be called the Bethlehem candle. Humble Bethlehem, too small to be among the clans of Judah. He came in a most unexpected way. Small, quiet, without attention. In so many ways, he did not live up.

I don’t think it’s wrong to have expectations. But I tend to misuse them. I hold myself to a certain one and sprinkle glitter on top. And as it dazzles out there in the future, glowing and god-like, I wonder if maybe I’ve got it all wrong. As I drink my now-cool coffee, I realize that God sometimes shows up in the midst of our expectations and turns them upside down. It almost seems he wrecks them all up, What do you mean the king is a baby?! I think when I live eyes down to the ground, my thoughts turn inward and twist into shame – you aren’t doing enough! It helps to remember Bethlehem, to hold on to Hope, and give myself permission to rest. And now I’m gonna go Google adenoids.